Secretary of Education Arne Duncan has been passionate about creating real change in education across America. As he leaves office, however, we must examine the efficacy of his reform initiatives.

With the inauguration of a new president just about 15 months away, educators at all levels need to be active participants in shaping the agenda for the next secretary of education, an exercise which must include assessment of the current administration’s policies and tactics with regard to curricula and teachers.

In two particular areas, Duncan reforms that have roiled K-12 schools also have significant impact on higher education: Common Core standards, and teacher quality. Should the next education secretary continue, amend or abandon these initiatives?

Related: What Arne Duncan did to American education and whether it will last

When Secretary Duncan first introduced the Common Core standards, I was delighted. As a college president, I am painfully aware that too many students arrive at my doorstep at Trinity in Washington woefully underprepared for the demands of critical reading, capable writing, and mathematical literacy that are the bedrock of collegiate success. The same students also often lack the framework of knowledge in History, Literature, Civics, Sciences and other subjects that are the platform for advanced learning.

Shaming and blaming teachers and schools is a curious way to achieve reform.

As hard as the leaders and teachers in our local schools in the District of Columbia and the Maryland counties are working, results from the reform initiatives still seem years away from improving outcomes for senior high school students. So, at first, the idea of the Common Core standards seemed like a no brainer to me. Why not establish a stronger national framework for student knowledge and skills in K-12 so that we could rely on the high school diploma to mean something?

Secretary Duncan made the Common Core standards and related standardized testing a central feature of his Race to the Top initiative, sending billions in federal dollars to states that agreed to adopt the standards. The top-down approach using the incentive of large federal grants soon provoked a strong backlash as parents and teachers reacted to the rigidity and discouragement of the testing regime, and governors began to realize the diminution in the authority of states to set their own educational standards. Consequently, the next secretary of education will inherit significant controversy and mixed learning results on the Common Core.

Meanwhile, as a collegiate educator, I have come to a more nuanced view of the efficacy of the Common Core. Too many students are discouraged and fearful because of the rigidity of the curriculum and the testing regime. Students must love learning, not fear it. The system also robs teachers of their most precious asset, which is their ability to respond creatively to the learning needs of their students in each classroom. A system that exalts tests over teaching, that eliminates the beauty of individual creative energy in favor of rote learning to pass tests, ultimately fails to deliver the kind of educational results we must engender in future college students.

Related: New York was Common Core’s stronghold. What happens if the state backs down?

College students must be able to think expansively, to challenge convention, to express new ideas, to read voraciously in all kinds of literature, to research and find new knowledge, to invent, to express their learning in myriad ways that go well beyond bubble sheets or on-screen buttons. The controversy over the Common Core, if not the program, itself, seems to take the nation farther away from the educational results we need so urgently.

Teachers have been at ground zero of Secretary Duncan’s education reform movement, and the teaching profession has suffered extraordinary criticism, curtailment and even contempt from Duncan and some of his acolytes in school reform. Now there is evidence of teacher shortages all across the nation. Is it any wonder? Who would want to be a teacher after the years of damning rhetoric and intellectual constraints imposed on teachers from the Duncan administration?

Schools of Education have also suffered demonization and diminishment during the Duncan era, with enrollment declines mirroring the national teacher shortage. At the same time, the administration has proposed an extraordinary array of complicated rules for teacher education programs that would have the effect of further limiting enrollment in schools of education while imposing significant new costs for data tracking. Ironically, for an administration that claims to care about teacher quality, the reform movement has also encouraged abandoning formal graduate education for teacher licensure in favor of short-term job training by storefront providers. Go figure.

Shaming and blaming teachers and schools is a curious way to achieve reform. The next secretary of education may well have the same goals as Secretary Duncan – goals that all educators surely share – but must have greater sensitivity to working with and through the people who are the agents of education reform in the schools, colleges and universities that do this work on the front lines every day.

Patricia McGuire is the president of Trinity Washington University in Washington D.C. 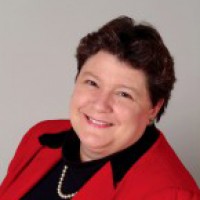