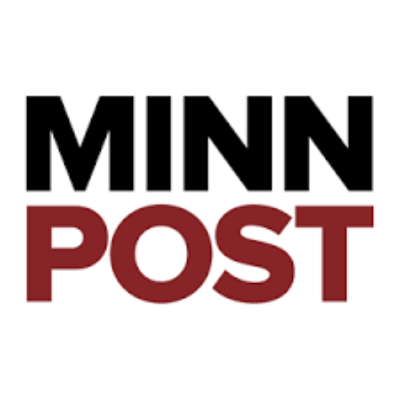 This story also appeared in MinnPost

In keeping with national demographic shifts, the Twin City suburbs have been growing more diverse in recent years, with an increasing African-American and Hispanic population. But that diversity is not always reflected in the area schools.

At Seven Hills Classical Academy, a charter school in Bloomington, Minn., for instance, 80 percent of the student body is white, compared to 57 percent in the Bloomington Public School District. Indeed, the number of predominantly white charters in the Twin Cities metro area has risen from 11 in 2000 to 37 in 2010.

Charter schools and their proponents argue that charters must take any student who wants to attend– and randomly select students through a lottery if too many apply – and, as such, can’t control who enrolls. Yet some experts are concerned that this trend is an example of the next phase of white flight, following a long history of white families seeking out homogeneous neighborhoods and schools.

School choice was once seen as a means of helping to diversify schools in spite of residential segregation. But in practice, researchers have found charter schools to be segregated as well. While much attention and research on charter school segregation have focused on predominantly black schools located in cities, pockets of mostly white charters are popping up in diversifying suburbs.

In the Delaware’s suburbs, for instance, a handful of independent charter schools have attracted large numbers of white families seeking to skirt an unpopular busing program. One study found that nearly all of the state’s charter schools enroll either more than 70 percent white students—or virtually none at all.  In the Cleveland suburbs, a charter network known as Constellation Schools, which enrolls a disproportionately small percentage of black and Hispanic students, has grown to more than 23 schools over the past 13 years.

The Civil Rights Project at the University of California Los Angeles, which has documented charter school segregation for years, has found that in several western and southern states white students are disproportionately represented in charter schools. These patterns “suggest that charters serve as havens for white flight from public schools,” according to a 2010 report from the group.

But educators and policy makers are divided over the significance of the trend: Charter critics say the movement has fostered a rise in the number of racially isolated schools while others maintain that schools like Seven Hills are symptomatic of enduring self-segregation throughout America’s education system now manifesting itself through parental choice.

“We have a long history of families and communities segregating themselves,” said Andre Perry, the associate director for educational initiatives at Loyola University’s Institute for Quality and Equity in Education in New Orleans. “It’s somewhat wrongheaded to say that charter schools are an impetus for segregation. The people are the impetus for segregation.”

Still, Myron Orfield, director of the Institute on Metropolitan Opportunity at the University of Minnesota and a prominent charter school critic, says that charters worsen the problem.

“Charters are either very white places or very non-white places,” he said. “[Charters] are an accelerant to the normal segregation of public schools.”

Parents and educators say there’s no simple explanation for why Seven Hills’ demographics do not reflect those of the surrounding school districts. The K-5 school draws from multiple school districts with dozens of elementary schools with varying levels of diversity. Most of the neighboring school systems have a similar or smaller percentage of white students enrolled than Seven Hills does, ranging from 82 percent to 30 percent. Some white parents at Seven Hills said they were concerned about the lack of diversity, but made their decision to enroll based on the academics. “My hope is that the student body will reflect the kids in the neighborhood,” said parent Bryan Quevli, who also is on the school’s board.

Julie Ball, the school’s curriculum director, said she would like to see increased diversity at Seven Hills, but feels hamstrung as to how to make that happen. “You take the children that come to you,” Ball said. “Segregation isn’t a word we even talk about.”

The schools must accept some responsibility, however, in how they present themselves to the general public, said Gary Miron, a professor of education at Western Michigan University who studies charter schools. “They are right—parents self-select,” he said. “But we have to recognize that charter schools also play a role in this.”

Parent volunteer coordinator Sarah Thomas said she and her husband, who are white, chose the school largely for its curriculum and focus on classical education. The school uses the “core knowledge model,” which aspires to cover everything a citizen should know, from Aesop’s Fables to the geography of Africa. Students learn Latin and penmanship and start working with basic algebraic expressions in fifth grade.

Thomas, who praised the education her children have received, thinks Seven Hills needs to market itself more aggressively to attract a more diverse group of students. Even schools “need to market themselves,” she said.

Administrators say they sent postcards with information about Seven Hills to families in the surrounding areas for the first time this year. No underrepresented populations were specifically targeted, though.

Meanwhile, the younger grades of the school are slowly becoming more diverse, Ball noted. For instance, the 436-student school used to have no English-language-learner students. Now it has 17, all in grades kindergarten through second. Ball said she expects to see the school’s ELL population continue to grow.

The school’s focus on the classics might deter some minority parents, said Perry. “A lot of folks from lower-income neighborhoods…want a curriculum that translates cleanly into a professional career,” he said, adding that it’s up to Seven Hills to make an effort to sell low-income families on the benefits of a liberal arts education.

Moreover, for a variety of reasons, white, middle-class parents often gravitate to schools populated by those who look like them, Perry says.

“Middle- and upper-middle-class families have always tended to—in my opinion mistakenly—connect quality with sameness,” he said. “It could be an explicit effort to segregate, but it’s more likely a result of this notion that diversity is a sign of poor quality.”

Most of the research on charter school segregation has focused on this pattern. The Civil Rights Project has found that charters are more likely to be predominantly one race than traditional public schools. Even a critique of the group’s findings by the journal EducationNext, which often supports school choice and charters, found that a higher percentage of minority students in charter schools attended “hyper-segregated schools,” or those that are fewer than 10 percent white, than those enrolled in traditional public schools. But the EducationNext writers argued the disparity was not as large as the Civil Rights Project researchers claimed.

Many of Minneapolis and St. Paul’s charter schools remain racially isolated, whether by virtue of neighborhood demographics or as a result of a school curriculum catering to a specific culture, such as Hmong immersion schools. In the Twin Cities area during the 2010-2011 school year, there were 67 charter schools where more than 80 percent of the students were minorities, according to Orfield’s research. That year, 89 percent of black students in charters went to a segregated school, whereas only 44 percent of their peers in the traditional school system did.

For some parents, such as recent immigrants, having a school where most students are the same ethnicity as their child can be a much-needed comfort. Charter leaders in these schools echo sentiments expressed by staff at Seven Hills: They would like to be more diverse, but don’t know how to achieve that.

Officials at the Department of Education and the Minnesota Charter School Association said it’s not fair to describe a lack of diversity at some charter schools as “segregation” since the latter term implies state-mandated policy. Charters also have a sibling preference in admissions, which means student demographics at the oversubscribed charters can be somewhat self-perpetuating, said Cindy Murphy, director of the Minnesota Department of Education Charter Center. Seven Hills, for instance, has a waiting list at each grade level.

Sixteen states currently have regulations that attempt to make sure charter schools reflect the diversity of the surrounding communities, but such rules are rarely followed with fidelity, Miron said.

In Minnesota’s recent legislative session, a bill was introduced that would let charter schools set aside seats specifically for low-income students. “The bill didn’t go anywhere, but that doesn’t mean it’s dead,” Murphy said. “It’s just a glimpse into some of the trends. We’re paying attention.”

Nationally, there has been a small trend toward urban charters opening with the explicit aim to be racially or socioeconomically diverse. Still, integration is rarely an explicit goal of charters.  Until diversity is made a priority at all levels, any changes may only be incremental, said Perry. “We never include diversity into our notion of quality,” he said. “When you don’t measure diversity, you don’t get diversity.”