To some, the Chicago teachers’ strike that ended Tuesday proves what they’ve been saying all along: That the teachers and their unions, when you get right down to it, care more about protecting bad teachers, seniority and pay than they do about what is good for kids. So it’s no surprise that people who hold those views also think the most important reform we should pursue is to use standardized test results to identify our worst teachers. And, of course, they will get behind any measure that will weaken the unions generally.

Those people are just plain wrong. Their “reform” agenda has driven our teachers into a bunker—a bunker that teachers have invited their unions to join because they now think the unions are the only friends they have left.

No nation has ever fired its way to a top-quality teaching staff. No nation has gotten to the top of the world’s education league tables by going to war with its teacher unions. And there is no country in the world that has produced a first-class education system by firing its worst teachers.

There’s only one way to catch up to the countries that are beating the pants off us in the world’s education sweepstakes: ensure that every student in this country has a first-rate teacher. That, in fact, is the strategy that the top-performing countries have been using. Not a single one of them is worried about getting rid of the worst teachers because they have a surplus of great teachers. Not a single one of them is at war with their teachers unions—though many of them have very strong unions—because their “reform” strategies haven’t driven their teachers into a bunker.

So let’s take a moment to look at what the top-performing countries have done to fill their schools with top-quality teachers. They have greatly raised the standards to get into their teacher-education institutions. In the top 10 countries, the ratio of applications to acceptances in those colleges is on the order of 8 to 1. It is about as hard to get into their teacher-education programs as it is to get into institutions training doctors, architects and engineers. Of course, to do that, they have to pay their teachers well. In most of these countries, beginning teachers are paid what beginning engineers are paid. In the United States, by contrast, a large fraction of beginning teachers are paid a wage that doesn’t permit them to support a small family above the poverty line.

The top-performing countries insist that their teachers master the subjects they’ll teach. In many of these countries, elementary-school teachers teach either math and science or their native language and social studies, and they are required to have a college minor (if not a major) in these subjects.

Meanwhile, we fill our elementary-school classrooms with teachers who have never taken a college-level course in math and who do not understand the subject very well. We celebrate teacher-training programs that school teachers in their craft in just a few weeks. The top-performing countries believe it takes at least a year to learn the craft. They’re moving teacher training from their low-status higher-education institutions into their research universities, and they’re giving their teachers research skills so they can play key roles in improving curriculum and instruction.

It seems to me cruel, pointless and counterproductive to now hold U.S. teachers to account for the poor performance of our children. Maybe we should consider holding them accountable for student performance once we pay them well, train them well, give them the tools they need to do the job, offer them the same kinds of career opportunities that we offer high-status professionals, and show them that we trust them to do their work well.

If we treat our teachers as professionals and involve them in managing the enterprise, our unions will no longer feel constrained to act like early 20th-century industrial unions. Maybe when we finally treat our teachers as professionals, we will get the performance from them that we will then have a right to expect. If we put our shoulder to the wheel to fill our schools with great teachers, our children will once again top the world’s education league tables.

Marc Tucker is president and CEO of the National Center on Education and the Economy, a nonprofit think tank based in Washington, D.C. 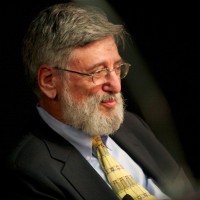