A minor avalanche of defense, both of the liberal arts and the humanities, has been triggered by the transformation of the economy and the world of work.

Technology, particularly in the information sciences and biology, has placed science and engineering at the forefront as timely and useful areas of study. And the sustained loss of manufacturing jobs domestically and the prospects of increasing mechanization — replacing humans with smart devices and robots — have fueled a sense of panic about the relevance of the liberal arts, notably the traditions of learning in the humanities and social sciences.

So here are a few things to remember as the discussion continues.

RELATED: Want higher-ed reform? You may be surprised where you’ll find it

One odd aspect of the reaction to apparent onslaught of criticism and doubt about liberal education is a striking unwillingness to take history into account. Simply put, there are no illiterate scientists, and all the decisive progress in science — the essential bedrock of technological and economic change — is a high order of literacy.

Look at all the winners of the Nobel Prizes in science over the past fifty years and one will encounter individuals for whom what we call the humanities and social sciences — and that arena oddly left out of the discussion — the arts — were critical and central to their work and life. In short, there will be no discoveries and breakthroughs without pioneers whose ambitions are fueled by matters outside of the realm of science and technology, narrowly defined.

RELATED: Should higher education produce happiness? Or should college focus on jobs and productivity?

To be honest, the defense of the liberal arts and humanities rings a bit hollow as colleges and universities often do not actually do what we claim to do. We, as a group, tend to do a poor job of delivering the humanities and social sciences to students. Departments mirroring a system of specialized disciplines, as in a graduate university, define many undergraduate programs. Those disciplines are often self-serving bureaucratic enclaves that once represented discrete boundaries in research and scholarship. This system has become rigid and out of date, particularly as a basis for an undergraduate curriculum.

Students come to college interested in issues and questions, and ready to tackle challenges, not just to “major” in a subject, even in a scientific discipline. They are interested in the environment, in understanding genetic inheritance, in tackling disease, poverty, and inequality, even boredom. They are interested in humor, beauty, communities and the past. What do we so often find in college? Courses that correspond to narrow faculty interests and ambitions, cast in terms defined by academic discourse, not necessarily curiosity or common sense. The liberal arts curriculum in most institutions does not match the interests and the ‘need to know’ on the part of students. The problem is not with the subject matter, ideals, or content of the liberal arts and humanities, but with the delivery system.

RELATED: Some degrees produce no bump in earnings, research finds

“ … consider teaching and learning, for a moment, as analogous to sex. Technology has no doubt added opportunity and diversity to the experience. But it has not rendered the basic transaction obsolete, and it is not about to.”

Let’s take the so-called crisis of confidence about the liberal arts and humanities as the chance to reform and revitalize what we teach and how we teach. Let’s stop preaching. On the matter of teaching, the only aspect that is truly threatened by technology is bad teaching, particularly lecturing. The institutions that are most threatened by technology are those that rely on large lecture classes and graduate assistants.

Teaching and learning are basic human experiences. To make this point consider teaching and learning, for a moment, as analogous to sex. Technology has no doubt added opportunity and diversity to the experience. But it has not rendered the basic transaction obsolete, and it is not about to.

Furthermore, the true experience of teaching has remained pretty stable for centuries. What happens in a seminar today, whether in physics or literature — discussion, argument, close reading, speculation — has remained the same despite all the momentous changes in technology since the 12th century, from the book to the moving image to the computer.

There are two dimensions to a genuine liberal education that must be accounted for but are often ignored. First is the proper approach to learning how to use language: to read with a rich capacity to interpret and interrogate texts, and to write. Second is to insure that all students in the liberal arts become literate in science. We place the liberal arts in peril if we do not integrate the sciences and mathematics (and that includes computer science) into the substance of the humanities and social sciences.

Consider history. The history of design, medicine, science and technology are natural ways to connect science and the humanities. That connection needs to go both ways. We cannot permit our students in the humanities and social sciences to be ignorant of science any more than we can allow scientists to develop too narrowly in terms of the fundamental issues of culture and society.

Colleges and universities also must find ways to bring the visual and performing arts into the liberal arts, as practice and not mere objects of study and as more than peripheral and decorative additions to literature and history.

We need to do what we say and stop defending and bemoaning. That will be hard, since it goes against bad habits and so-called “tradition” and vested interests, but reform is essential. The reform that is needed is not cosmetic but fundamental in terms of the organization of faculty and the curriculum. The relevance and utility —let alone the substance — of the liberal arts (which include the sciences, by the way) are not in danger.

The danger lies only in the way we go about making the case and delivering on the promise of the liberal education.

Leon Botstein is president of Bard college, a position he has held since 1975. He is also Bard’s Leon Levy professor in the arts and humanities. In addition to serving on a number of boards, he is the musical director and principal conductor of the American Symphony Orchestra, and conductor laureate of the Jerusalem Symphony Orchestra. 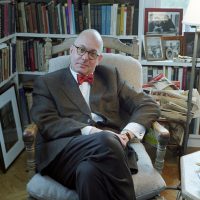