The Association of American Colleges and Universities recently released the findings of a Hart Research Associates survey that provides useful data for the ongoing national discussion about whether higher education — liberal education in particular — is meeting national needs, in particular for an educated workforce.

As I approach the end of my 44th year as a higher education professional, I must admit to some astonishment that we are still having this conversation.

In 1984, as a dean at Tufts I gave a talk to parents titled, “Liberal Education and the Real World, or, ‘Why is my Son the Doctor Majoring in Classics.’ ” With my youthful exuberance, I assumed that with the printing and distribution of the speech I’d put an end to the question of liberal education’s relevance once and for all. I guess not everyone read it; 30 years later, the dialogue is still going strong.

Related: Higher education is headed for a shakeout, analysts warn

Gatherings of liberal arts college leaders still sound — at times — like a convention of Rodney Dangerfield impersonators. And in recent years the discourse in the policy and media spaces has gotten more toxic, more antagonistic and more misguided.

Thirty years ago, it was fairly risky for an academic at a liberal arts college to talk among colleagues about the “relevance” of liberal education to the real world, especially to preparing students for employment. Belief in the purpose, sanctity, purity, and importance of liberal education was an article of faith not to be questioned, and the tens of thousands of students clamoring to get in our doors reinforced our conviction that we were the noble keepers of civilization’s flame. Those who questioned the value of what we were doing could go to college somewhere else … or not at all.

For some time now, it’s been easy to see that blind faith in the righteousness of what we do and how we do it does not serve us well. It never did — it’s just a lot more obvious now. Higher education — four years in college in particular — is a huge investment of family and public resources, as well as, energy and time. The public at large, and the policy-makers at all levels, are demanding affordability, transparency, outcomes, accountability and relevance — and they should.

Related: How a state where community colleges have been an afterthought is turning them around

There’s no question that many of the current demands and accusations hurled at higher education are political posturing, and that many of the proposed solutions are wrong-headed and potentially more damaging than helpful (think “scorecard?”). But we cannot let that rhetorical noise obscure the fundamental need to respond — and to respond with evidence, arguments and vocabulary that people who are not academics can understand. And to respond with change.

“In a rhetorical environment dominated by partisan media and policy makers, it is increasingly difficult to hope that people understand that while a job may be a necessary outcome of a college education, it is by no means sufficient.”

And that takes me back to “Why my Son the Doctor is Majoring in Classics.” The notion that liberal education and relevance are oppositional is an artificial construct, and has been for centuries. The early mission of the colonial liberal arts college was to prepare men (yes, men) for the law and for the clergy — for jobs!

We also need to recognize that the terms have changed: “liberal education” in modern usage no longer conjures up the classical quadrivium and trivium, though it’s likely that when most people think about the “liberal arts” they have in mind subjects— i.e., the traditional arts and sciences disciplines.

But the most useful operative, contemporary definition of liberal education is captured in AAC&U’s Liberal Education and America’s Promise initiative (disclosure: I am a member of LEAP’s National Leadership Council). LEAP’s “essential learning outcomes” do include breadth of knowledge in a broad range of academic disciplines, as well as civic and intercultural knowledge, but the core focus is on a set of intellectual abilities that include inquiry and analytical skills, critical and creative thinking, written and verbal communication, quantitative literacy, information literacy, problem solving, teamwork, and ethical reasoning.

Related: How an oversupply of PhDs could threaten American science

What is critically important in these outcomes is a shift in the definition of “liberal education” away from a singular focus on the what to inclusion of the how. It is a shift for liberally educated graduates to have to be able to do things with what they know, and do them in a manner that is embedded in values, ethics and a commitment to serving the common good. It is a definition that challenges us to rethink how we educate our students — how, when and where learning takes place, and what are the implications for the changing roles of faculty.

It is all too easy for the less charitable whose voices disproportionately populate public debate on higher education issues to dismiss the findings of AAC&U’s recent Hart Survey, and those of its precursor survey, It Takes More than a Major, published in 2013, as self-serving — after all, AAC&U’s mission is “to make liberal education and inclusive excellence the foundation for institutional purpose and educational practice in higher education.”

However, two weeks after AAC&U released It Takes More than a Major, in 2013, the Business-Higher Education Forum reported its own study, Promoting Effective Dialogue between Business and Education Around the Need for Deeper Learning (more disclosure: I am a member of BHEF’s executive committee). Based on research involving nine major corporations, the BHEF study asked some questions similar to those of the AAC&U/Hart surveys. The results were virtually identical: employers were looking for graduates with abilities in critical thinking, problem solving, analytical reasoning, communications and working in multicultural teams.

Wonderfully, while these attributes in the language of higher education are identified as “liberal education outcomes,” the BHEF report terms them “21st century workplace competencies.” To put it simply, both the AAC&U/Hart surveys and the BHEF study confirm that employers across a broad range of sectors are looking to employ college graduates whose knowledge sets, intellectual skills and abilities are the intentional outcomes of liberal education. It is equally important to note that both sets of surveys emphasize the employers’ view that higher education needs to do a better job of producing those outcomes.

None of these reports suggest that a high level of knowledge and expertise in a particular field, the major, is not relevant; the recent Hart survey indicates that 60% of the respondents think that having both field-specific knowledge and the broad range of liberal education outcomes is important, an increase from 55% in the 2013 report. The BHEF report refers to the concept of the “individual with a deep knowledge of his or her discipline … but also the breadth of skills and knowledge.”

So, what are the conclusions that we can and should draw? The first is something over which we — the higher education community — have virtually complete control: the reports are telling us that while “liberal education outcomes” are indeed “21st century workplace competencies,” we collectively need to do a better job of producing students with these competencies. The second is equally critical, but much more difficult, and that is finding the voice, the vocabulary and the platforms (we have the data!) to change the public discourse about higher education in ways that have an impact on both public policy and the ways in which students and their families view their enrollment choices.

Related: Colleges appeal to Congress to cut regulations they say drive up cost

Of course, what I’ve virtually ignored thus far is the real “instrumentality” of liberal education — the fact that the liberal arts and sciences are narratives in words, numbers, pictures, sounds and movements that help us understand who we are, why we are, that interpret the meaning and possibilities of “us” and the things around us.

Liberal arts and sciences are the record of the human condition; they are the proof that we — the human race — were here. They pose the questions that connect us to things that are bigger than we are, and help us find our place in the universe.

It is deep and meaningful engagement in these issues that enable us to find fulfillment as individuals and — more importantly — to contribute to the health and vitality of the global community. In a rhetorical environment dominated by partisan media and policy makers, it is increasingly difficult to hope that people understand that while a job may be a necessary outcome of a college education, it is by no means sufficient.

This story was produced by The Hechinger Report, a nonprofit, independent news website focused on inequality and innovation in education. Read more about the liberal arts. 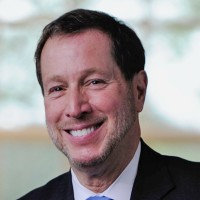 David Maxwell is president of Drake University. He is a member of the Boards of Directors of the National Association of Independent Colleges & Universities… See Archive