I recently sat down with a family trying to decide whether to apply “early decision” to a super-selective school their son was unlikely to get into or instead to use the option at a less selective school they feared would be a waste because, What if he could get in there during the regular decision cycle? When I suggested he just apply to the school he really wanted to attend, they looked at me like I was too naïve to cross the street on my own.

Lots of families will be having similar confounding conversations this fall. Correction: Lots of wealthy families will. The research on early-decision plans shows that the practice tends to provide a leg up to students who already own all the ladders.

Early-decision plans allow a student to submit his or her application in the fall, typically by Nov. 1, with the promise of receiving a decision by mid-December. Students may apply early decision to only one school, and they promise to attend if admitted. An acceptance, in admissions-speak, is binding.

According to a 2010 study, early applications typically come from students who are wealthy and white, go to high schools with lots of resources and often have hired independent educational consultants to guide them through the application process. These consultants are very aware that applying early can significantly increase the odds of being admitted to a college.

Critics of early decision point out that while college recruiters like to talk about how early decision is great for students, schools are the biggest beneficiaries, which is why it has been very hard to eliminate early decision, even though most people working in admissions know how unfair it is. And eliminating early decision just got harder. At the most recent meeting of the National Association for College Admission Counseling (NACAC), delegates voted to scrap a ban on the use of incentives to entice students to apply early.

NACAC’s move was intended to end an antitrust investigation by the U.S. Department of Justice, which, perversely, thought that the restrictions on early-decision plans, not early decision itself, were hurting students. We know which students they mean. If colleges start offering juiced-up early decision, which dangles the best dorm on campus or an early move-in date in front of families, it will be a powerful recruiting tool. The change might spur additional colleges to start offering early decision or, if they do so already, to expand how many students they enroll early in order not to lose desirable applicants to competitors.

This is unfortunate because, as an analysis I did for the College Board shows, early-decision plans remain a relatively rare offering used by a small share of students applying to college.

At the most recent meeting of the National Association for College Admission Counseling (NACAC), delegates voted to scrap a ban on the use of incentives to entice students to apply early.

The report shows that the number of colleges offering early decision has grown moderately, from 155 (9.7 percent of four-year, nonprofit colleges) in 2012 to 179 (12.4 percent) in 2017. That makes early-decision plans about as common in the United States as left-handedness. More selective colleges are more likely to offer an early-decision plan (see figure 1), but much of the growth in early decision has occurred at schools with high acceptance rates (see figure 2).

A frequent complaint about early decision is that schools use it to enroll large portions of their class, but only 25 schools, most of them highly selective, admitted more than half of their entering class through early decision in 2017. The majority of schools with early-decision plans admitted less than a third of their students early. The number of students admitted through early decision has grown, but they represent a tiny share of students:  just over 2 percent of applicants to four-year colleges in 2012, and just over 3 percent in 2017.

There are arguments to be made for early decision. Some students benefit from applying early decision, as it cuts short the nerve-wracking admissions process and lets them put their attention and energy into more useful activities than, say, writing nine separate application essays on why each school is their top choice.

Early application cycles help schools even more. They secure tuition revenue early, which might allow them to be more generous with financial aid for students with need, and lock up recruited athletes so they don’t need to admit three coxswains to fill one boat. Early decision also makes it easier for schools to lower their acceptance rates and increase their “yield,” or the percentage of accepted students who ultimately enroll.

The practice is especially vicious for the students applying to highly selective schools unaware of the advantages or disadvantages. Such students are burned twice: first when they miss out on early decision’s increased probability of admission, and second when they apply in a regular decision pool with an acceptance rate that is actually lower than the rate that colleges publicize. Even if they know about the advantages, many lower- and middle-income students cannot apply early decision because they need to compare financial-aid packages before deciding where to enroll, and only 30 percent of schools that offer early decision promise to meet a student’s full financial need.

The inequity built into early decision may well get worse now that the Department of Justice’s agreement has rolled a grenade into U.S. college admissions, and we have to wait to see if someone will pull the pin. Admissions reformers need to be ready for the explosion.

With little legal recourse to eliminating the practice, the most effective way to offset the problems with early decision would be to find more carrots and sticks to incentivize schools to admit larger numbers of low-income and first-generation students. One thing is certain: If we simply ask colleges to end early decision, they won’t be in a big rush to get back to us.

This story about early decision in U.S. college admissions was produced by The Hechinger Report, a nonprofit, independent news organization focused on inequality and innovation in education. Sign up for our newsletter.

James S. Murphy is a higher-education consultant who writes about college access and admissions. He serves, under contract, as an adviser to the College Board. The opinions here are his own. 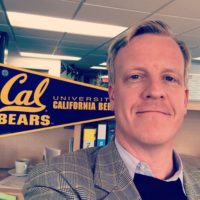 James S. Murphy is a higher ed consultant who writes about college access and admissions. He serves, under contract, as an adviser to the College… See Archive