Jamie Jirout was not the sort of student who simply took a textbook at its word. In her first semester of college, she asked her psychology professor if she could assist in the professor’s research. Jirout’s interest wasn’t fueled by the fact that she found the coursework convincing — quite the opposite.

“I’d read something in the textbook and then I’d think, that doesn’t really make sense with what I’ve seen, how do they know that?” she recalls. She wanted to reconcile that gap and so, threw herself into research.

Her quest for answers has propelled her career to the present day. Jirout is now an assistant professor of education at the University of Virginia, where one of her primary research interests is studying curiosity in the classroom.

That research is sorely needed. Despite the centrality of curiosity to all scientific endeavors, there’s a relative dearth of studies on the subject itself. Fortunately, scientists such as Jirout and others are actively unraveling this concept and, in the process, making a convincing case that we can and should teach young minds to embrace their inquisitive nature.

Far from driving the demise of cats, curiosity comes with many benefits. Studies suggest it’s linked to joy on the job, social skills and even a happy disposition. And in an academic context, greater curiosity generally predicts greater success.

[S]tudents from impoverished backgrounds with a strong thirst for knowledge performed as well as those from affluent homes.

In April, for example, Prachi Shah, an associate professor of pediatrics at the University of Michigan, published findings from a study of 6,200 children and found that elevated curiosity was linked to higher math and literacy skills among kindergarteners. That effect remained strong even when researchers compared kids with similar levels of “effortful control,” or the ability to concentrate and pay attention. Even more surprising, she discovered that students from impoverished backgrounds with a strong thirst for knowledge performed as well as those from affluent homes.

“At high levels [of curiosity], the achievement gap associated with poverty was essentially closed,” Shah says. That finding hints that promoting inquisitive thinking could reduce differences in school performance related to socioeconomic disadvantage. In future work, Shah hopes to identify parenting styles that help explain why some students are so driven to learn, which might lead to interventions benefiting economically disadvantaged children.

Meanwhile, neuroscience is starting to explain curiosity’s power. When we’re hungry for answers, our brain activity changes in ways that help us retain new information. For one, the curious mind engages processes and brain regions associated with anticipating a reward. We want to learn more because the answers are satisfying. In addition, the hippocampus, a memory hub, ramps up activity, preparing to store information. The more we want to know an answer, research suggests, the more memorable it becomes.

“It’s also probably tied to depth of processing,” says Mary Helen Immordino-Yang, a professor of education, psychology and neuroscience at the University of Southern California. In ongoing research, she has found that curiosity can predict not only how much teens will remember about a story they’ve read, but also how thoughtfully they reflect on the story’s characters. “They can take multiple perspectives, try to integrate and reconcile them, [and] they appreciate the feelings people have that drive their actions,” she says.

Another option is for teachers to model curious behavior. Curiosity, as it turns out, is contagious.

But unraveling the factors that shape a curious mind has long been a daunting prospect. “It’s so difficult to study,” says Shah of the University of Michigan. Not only is the concept difficult to measure, she explains, but also “there isn’t a well-defined or recognized definition of what curiosity is.”

Rather than being clear-cut, curiosity overlaps with other psychological constructs such as intrinsic motivation and an open personality. And there’s evidence for both the idea that curiosity is a trait (not unlike extroversion or neuroticism) that’s pretty stable within each person and that it is a state (akin to happiness or hunger) that can wax and wane based on context.

“Curiosity is automatic, it’s in our DNA … We’re born curious about so many things,” says psychologist, author and researcher Scott Barry Kaufman. But we’re not equally curious about everything, he says. Instead we each have special interests and natural proclivities.

When we talk about curiosity in an academic context, Kaufman points out, we are describing a desire to acquire very specific kinds of knowledge. “You don’t need to be more curious about eating pizza,” he says.

Indeed, an as yet unpublished study of 92 kids from grades 1 through 6 found that all of the students exhibited some level of curiosity. But for the most part their curiosity was directed towards social and extracurricular interests — not schoolwork. The challenge for teachers is finding a way to encourage interest in what’s happening in class.

One way to do that, Kaufman argues, is allowing kids to follow their interests. Immordino-Yang, for example, has found that when classwork connects to topics that students care about, they engage more deeply. She points to a New York City school where teachers connected chemistry coursework to discussions of lead in the water in Detroit. “The science and societal implications inform and drive one another so kids can connect to the bigger purpose of these academic skills,” she says.

Another option is for teachers to model curious behavior. Curiosity, as it turns out, is contagious. In 2015, for example, a team at the Massachusetts Institute of Technology found that a robot that expressed enthusiasm for learning and actively speculated about a story’s outcome during a reading activity with a child could inspire that youngster’s desire for knowledge.

For her part, Jirout suspects that a teacher’s language can encourage kids to think like creative detectives about their schoolwork. “It really can be subtle differences,” she says. “Not just answering a student’s question but acknowledging ‘thank you for asking that question.’”

She also believes teachers can be models of how to be comfortable with uncertainty. That idea stems from the fact that, in her work, Jirout defines and measures curiosity in terms of how people respond to gaps in their knowledge. Teachers can demonstrate through their own mistakes or uncertainty that admitting to not knowing something opens up an opportunity for learning.

They can also adjust the levels of freedom and handholding they give students. With curiosity, you need just enough information to be intrigued — too little can make a situation bewildering and too much robs you of the opportunity to explore a topic and learn for yourself. Curiosity, then, like so many things, is all about balance.

This story about curiosity was produced by The Hechinger Report, a nonprofit, independent news organization focused on inequality and innovation in education. Sign up for Hechinger’s newsletter. 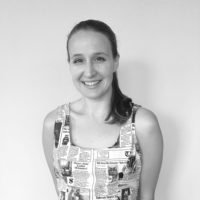 Finally, some catching up with W. Edwards Deming, dead since 1993.