Expenses have been rising for college students across the board — costs for tuition, fees, campus housing, even dining are growing faster than inflation.  Only one expense — off-campus housing — is outside the control of colleges and universities, and the data suggest that cost problem is growing worse over time, adding to already-soaring student debt loads.

Between 2000 and 2017, room and board costs for students living off campus rose 24 percent at public four-year universities after inflation, according to data from the National Center for Education Statistics analyzed by The Hechinger Report.

The increase may be one factor leaving a high percentage of college students “rent-burdened,” defined as paying more than 30 percent of household income toward rent. Fifty-nine percent of homes with an undergraduate or graduate student as the head of the household met that definition in 2017, according to research from the Joint Center for Housing Studies at Harvard University, a much higher figure than for households not headed by a student. (One caveat: students, especially those taking classes full time, typically use parental support, loans or savings to pay rent, instead of income.)

“That’s really high,” said Alexander Hermann, a research analyst at the Joint Center for Housing Studies, who wrote the rent-burden study. The increase in living costs and the high rate of rent-burdened households both fit into a national pattern of rising rents, which are being pushed up by unmet demand.

“We’ve been underbuilt nationally for most of the past decade,” said Hermann. “We’re just not building enough new housing to accommodate demand.”

Some data suggest that the trend may be more acute in areas around universities. In zip codes with at least one four-year college, the five-year median rent rose 5.8 percent for the period ending 2017 compared to the period ending 2015, according to Census data. The increase was just 4.5 percent in areas without a four-year institution.

Demand can be especially strong in areas around colleges because campuses draw more people than just the students and faculty, according to Hermann. Businesses spring up in the area in order to hire college-educated talent and then need to house their employees. In addition, people not otherwise affiliated with schools can view proximity to a university as a plus, as the campus offers amenities such as green space or venues for cultural events.

If development of new housing supply lags behind demand, “rents go up considerably,” said Hermann. “You might limit who can live there in significant ways.”

To stay close to classes, many students have to eat those rent increases and add to the balance of their student loans, which typically cover tuition and the cost of room and board as estimated by the university. Students who decide they cannot afford the bump in costs may wind up commuting from less-expensive areas far from the college, as a Bloomberg report found last week. In the most extreme cases, high rents can contribute to housing insecurity and be a barrier for homeless students trying to find housing.

“We’ve been underbuilt nationally for most of the past decade. We’re just not building enough new housing to accommodate demand.”

Some policymakers are starting to become aware of the issue. After a Boston Globe investigation shone a light on the overcrowded and sometimes unsafe conditions for students in off-campus housing, Boston conducted an off-campus housing census and  Mayor Martin Walsh pushed the city’s universities to build more student housing in his 2015 State of the City address. The city launched a small pilot program in 2017 that placed graduate student renters with home-owning seniors, but started with only eight matched pairs.

Discussions about how, exactly, to encourage development of affordable housing lead to increasingly wonky topics — how to streamline planning and zoning processes or eliminate costs to developers such as impact fees. Hermann believes eliminating some of the more onerous regulations can make affordable and middle-market housing developments more economically attractive to builders. Additional federal programs to fund these types of housing developments also could help.

“You’ll need a combination of lower barriers to entry and also federal involvement on some level that just hasn’t been done,” said Hermann. “It will probably have to take the form of both carrots and sticks.”

This story about off-campus housing was produced by The Hechinger Report, a nonprofit, independent news organization focused on inequality and innovation in education. Sign up for the Hechinger newsletter. 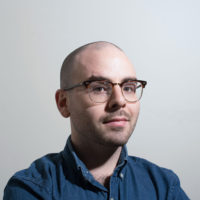 Pete D’Amato is the data visualization developer. He started his journalism career as a writer and photographer in Latin America, and his work has appeared… See Archive