Classes that require active learning — as opposed to listening to lectures — help first-generation and black students, according to a new study, reports the New York Times.

For black students, that gain cut in half their score gap with white students. It eliminated the gap between first-generation students and other students.

Disadvantaged students tend to have weaker study skills than other students, said Kelly A. Hogan, one of the study’s authors. They are less likely to participate in class and are more likely to feel intimidated and isolated.

The study compared student performance in an introductory biology class taken mostly by freshmen at the University of North Carolina at Chapel Hill. In three terms, Dr. Hogan used a lecture-based approach. In three other terms, she demanded more student participation.

The more active approach gave students more in-class activities, often done in teams, including sets of online exercises. There were similar online exercises assigned to be completed before class along with textbook reading, intended to force students to think about the material rather than just memorize it, and still others for review after a lesson. Many of the exercises were ungraded, but the instructor could tell whether students had done them.

. . . “In a traditional lecture course, they’re not held accountable for being prepared for class, and they really don’t need to be, because an instructor is going to tell them everything he or she wants them to know,” Dr. Hogan said. “Would you read a report for a meeting if you knew your boss was going to spend 15 minutes summarizing it for you? I know I wouldn’t.”

Students in the more active class were far more likely to say they did the reading. They also reported spending more time doing the work and participating more in class. They were more likely to see the class as a community. 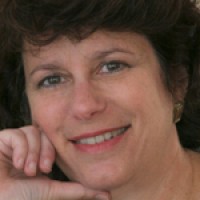