This story also appeared in The Dallas Morning News

D’Marquis Allen, a Southern Methodist University senior, spotted the party invitation on Facebook at 3:47 a.m. on a Tuesday in October. Two predominantly white fraternities planned to throw “the most savage banger in SMU history.”

The post pictured a black rapper biting a gold chain. His sunglasses reflected a fistful of cash and a woman’s scantily clad backside. “Bring out your bling, jerseys, and inner thug,” the invitation read.

Allen, who is president of SMU’s black student association, took a screen shot and sent it to a couple of friends. “Thoughts?” he asked, before going to sleep.

By the time Allen woke up, word of the off-campus party had exploded on social media. Some people condemned it. Others wondered why the fuss. Before week’s end, SMU President R. Gerald Turner called it “racially offensive.” The fraternities canceled the party and apologized through national representatives.

A student movement called “Black at SMU” took off, with the goal of fighting racism on campus. The students rallied, marched and prayed. They gave Turner a list of demands.

Allen and other black SMU students say the problem goes beyond a single ill-advised party theme.

“The parties, they’re going to happen. We get that,” said Allen, who majors in creative computing. “Our focus now is, well, why do these keep happening? What can we do to stop them? What is the university going to do to stop them?”

SMU joins college campuses across the nation where protests are forcing people to examine racial sensitivities and what they view as halting progress toward equitable treatment. At more than 70 colleges, students have drafted demands, such as greater diversity among students and faculty and more financial aid to meet those goals. Some want campus leaders to simply admit that racism is a problem.

The students say young people of all races should experience and appreciate diversity in college to be ready for the world after graduation.

“A lot of students come from high schools that are nearly all Hispanic, nearly all African-American, nearly all white,” Turner, SMU’s president, said in a recent interview. “As I try to tell them each year when they come in here, they’re at a disadvantage. … Whether they’re Hispanic, African-American or white, they all need to learn because it’s a more diverse world and that’s how it’s going to be.” 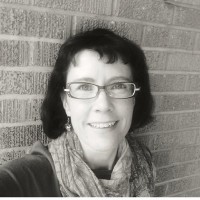