Once again, results from an international test show that U.S. students perform relatively poorly, and once again, critics say the results don’t matter and should be ignored.

This would be a mistake. The results do matter, and American educators will lose out if they dismiss the findings so easily.

By taking the results seriously, educators can examine the practices and policies of countries that do well on the test and see what they can do to improve practice in this country.

Results from Programme for International Student Assessment (PISA), a test in reading, mathematics and science administered every three years in about 70 countries by the Paris-based Organization for Economic Cooperation and Development, came out Tuesday. (Results from a separate international test, the Trends in International Mathematics and Science Study, or TIMSS, were released the week before.)

On PISA, U.S. 15-year-olds performed at about the middle of the pack in reading and science, and well below average in mathematics. U.S. performance was flat in reading and science since the last administration, in 2012, and went down in math. The top-performing nations and regions include Singapore, Hong Kong, Canada, Finland, and Estonia.

Why do these results matter? Because of what PISA measures. Unlike other tests, such as TIMSS, which measure how well students have mastered the curriculum, PISA is designed to measure how well students can apply what they have learned to real-world problems. For example, the science test includes a series of questions about bird migration. One asks students why a count of migrating birds might be inaccurate, and to explain why this factor might affect the count. Content knowledge is crucial, and research suggests that students who have a strong background in content do better on PISA, but applying knowledge and solving problems is vital to success in college and career.

A major study conducted by the OECD bears this out. Researchers followed 20,000 Canadian students who had taken PISA in 2000 for nine years and found that those who scored low on the reading assessment were less likely than those who scored at higher levels to participate in post-secondary education, and had worse outcomes in the labor market — even after accounting for the students’ socio-economic background. Similar studies in Switzerland, Uruguay and Denmark found similar results.

Critics have also suggested that the PISA results don’t matter because the U.S. population is so different from that of other countries. The United States, the critics say, includes all students in school, while other countries educate only an elite. Moreover, the U.S. has large proportions of immigrants and English-language learners, and a huge proportion of children in poverty. These factors, the critics say, make comparisons impossible.

The fact is that these criticisms are inaccurate. Nearly every country enrolls nearly all 15-year-olds in school, and the U.S. is on the low side, with 84 percent of 15-year-olds in school. Many countries have higher immigrant populations than the United States, and in some, such as Singapore, immigrant students outperform native-born students.

“There is much to learn, and many ways the U.S. can benefit.”

And poverty does not explain the U.S. results. Yes, child poverty rates in the U.S. are high, but they are about at the average for OECD countries. Some high-performing regions, like Hong Kong*, have much higher poverty rates. And some, like Hong Kong, have managed to break the connection between socioeconomic status and achievement. In Estonia, for example, 48 percent of low-income students are “resilient”; that is, they score at top levels. In Canada, the resiliency rate is 39 percent. In the U.S., it is 32 percent—and the good news is the rate has gone up over the past decade.

The idea is not to import other countries’ practices wholesale and drop them into the system here — school systems couldn’t do that even if they wanted to. But seeing how those practices work and seeing how they can be adapted to local contexts is a valuable exercise. Educators could see, for example, how Finland has put in place a powerful program to prepare educators; how Singapore has created a career ladder to enable teachers to develop their skills continually; how Estonia has committed to equitable access to high-quality education. And more. Demography is not necessarily destiny.

There is much to learn, and many ways the U.S. can benefit.

*An earlier version of this article misidentified Hong Kong; it is an autonomous region of China. 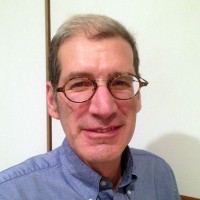