As countries the world over attempt bigger and better higher education systems to strengthen society and drive economic growth, the West is almost invariably the model — particularly the U.S. and the U.K.

Outsiders fixate on the universities that top international rankings, while insiders worry about the more ordinary institutions that most students attend. As enrollment grows and students become more diverse, Western governments are troubled by declining graduation rates or anxious about employer push-back on graduate employability.

Established quality assurance models — some form of peer-based accreditation and quality review, which other countries are eagerly copying in the name of progress — are chided by Western politicians as opaque, slow and comfortable for incumbents.

In moments of doubt, the West imagines that China or India, through a combination of scale and command-and-control, might assume the lead. Are U.S. and U.K. higher education, for example, still as worthy of emulation?

A more accurate view is that emerging economies should look to western higher education not only because of its preeminence today but also because of what it is trying to become.

Related: In spite of rising tuition, one country manages to shepherd poor kids into college

Recent developments in the U.S. and U.K. are cases in point. The U.S. and U.K have figured out how to develop and maintain a small cadre of universities that beat all comers on teaching, research and student experience. Competitive admissions, large endowments (in the U.S., at least) and steady concentration of talent and resources, sometimes accumulated over centuries, sustain the winning formula.

What they have not fully figured out is how to offer quality and cost-efficient higher education at scale. These countries have made a good effort, founding diverse types of institutions and offering generous aid to widen participation, but are nervous that globalization and technological change may render contemporary arrangements out-of-date.

For instance, Jon Marcus recently wrote in The Hechinger Report about how British universities increased the proportion of their students who are low-income during a period in which tuition was imposed and rapidly increased after previously being all but free.

What is important is that neither country is standing still.

The government is sponsoring various “experimental sites,” enabling novel delivery methods, such as competency-based education and bootcamps, to gain access to federal funds.

The bankruptcy of Corinthian Colleges, a giant for-profit college chain that enrolled over 100,000 students at its peak, is viewed by some as evidence of a higher education system that has lost its way.

A better interpretation is that the demise of Corinthian is part of the inevitable ups and downs of the systemic creativity that defines the world’s best higher education sector. For-profit schools represent valuable competition for incumbents, even while individual institutions may cause headaches. The friction that innovation creates is a feature of the system, not a bug.

Non-governmental efforts are also noteworthy. The Degree Qualifications Profile, a multi-constituency project to better define the knowledge and skills a graduate should embody, in general and by field of study, strives for greater coherence across a diverse system without imposing an unworkable top-down solution. The DQP is being trialed across hundreds of college and universities, and follows Europe’s lead in this area.

In the U.K., the government is opening up degree-awarding powers, university title and public funding to a greater variety of institutions, including for-profit companies. Ministers are convinced of the long-term benefits of competition but inevitably are dealing with some rogue players and unintended consequences.

The Teaching Excellence Framework, a nascent U.K. government initiative to benchmark universities and colleges on the quality of learning and the student experience is an attempt to push beyond traditional proxies such as faculty qualifications or research funding. Determining which metrics should be used and how evidence should be gathered is far from clear, and stimulating considerable debate, but the instinct is correct. A mass higher education system should judge institutions in line with ultimate goals — turning out large numbers of well-rounded, employable and entrepreneurial graduates — not privilege inputs two steps removed from effectiveness or the priorities of elite schools.

Just as many countries are fine-tuning quality assurance models invented in the West, the U.K. is throwing everything up in the air. The government is in the midst of a consultation on a new approach, desiring to move away from a one-size-fits-all assumption that risks reducing quality to a low threshold standard and encourages a compliance mentality.

There is reference to a “risk-based” direction for quality assurance, concentrating on providers in difficulty or that represent untested innovation, and a willingness to let quality assurance match institutional diversity. The next step is to invite bids to operate specific components of the new system. Much remains to be decided, but one thing is clear — the Quality Assurance Agency for Higher Education, the quasi-governmental body that has run present arrangements for the past 20 years, has had to compete to retain much of its remit.

Worldwide, higher education is expanding and evolving. In the coming decades, countries beyond Europe and North America may take the university in new directions worthy of widespread emulation. For now, because of rather than in spite of present growing pains, the West, not least the U.S. and U.K., still leads the way.

The higher education challenges the U.S. and U.K. are grappling with today will face emerging economies tomorrow.

Richard Garrett is the chief research officer, Eduventures and director of The Observatory on Borderless Higher Education. 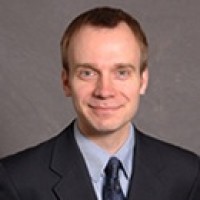 Richard Garrett is the chief research officer, Eduventures and director of The Observatory on Borderless Higher Education. See Archive