At first, they were isolated experiments.

Community colleges were rolling back their remedial math requirements. Students who would have been required to take anywhere from one to four remedial courses were being placed into shorter sequences of remedial courses — or directly into college-level math courses.

The trend toward dismantling traditional remedial education is unambiguous. Even before California became the latest state to adopt policies limiting remedial enrollments, community college remedial math course-taking had dropped dramatically, falling 30 percent over a five-year period, from 1.1 million to around 780,000.

That decline, recently documented in a survey of math and statistics departments by the Conference Board for Mathematical Sciences (CBMS), is great news for students.

Related: How to help students avoid the remedial ed trap

Though remedial math was intended to help students succeed in college, research has demonstrated that the courses don’t enhance students’ chances of completing college and can even worsen them.

There’s more. The placement tests traditionally used by colleges tend to “under-place” a significant portion of students, sending them to remedial courses they don’t need. Disproportionately, these are students of color.

So it’s promising that fewer students are taking remedial math — especially remedial arithmetic, which saw a 50 percent plunge. College students assigned to arithmetic typically face three or four semesters of math before they can take college-level math courses. The psychic and educational toll is such that very few of them ever complete the college-level math courses required to graduate or transfer to a four-year university.

Related: Teaching kids not to be scared of math might help them achieve

Ordinarily, a drop in college remedial courses would herald an improvement in high school math learning. But despite a recent focus on college and career readiness in high schools, that’s not what the evidence shows.

Twelfth-graders’ scores on the National Assessment of Educational Progress have barely budged over the last 10 years. Plus the decline in remedial enrollments appeared in 2015, not long after the Common Core State Standards were implemented. If the standards are to live up to their potential of improving student achievement, the effects will take years to observe.

What’s more, an improvement in high school preparation would have also resulted in decreased remedial math enrollments at four-year institutions. In fact, the opposite has happened: 21 percent more students at four-year schools were taking remedial math over the same five-year period, according to the survey.

The evident explanation, then, is a series of remedial education reforms being undertaken by community colleges. And the actual decline is probably larger, because the CBMS survey collection was for the 2015-16 school year. Since hundreds of thousands of California community college students take remedial mathematics each year, the state’s new law will drive the enrollments far lower. The law, which will be implemented in the fall of 2019, allows colleges to assign students to remedial education only under limited conditions.

One strategy for reducing those enrollments has been a change in the way higher-education institutions measure students’ readiness for college-level work. Traditionally, students landed in remedial courses based on their placement test scores. Two-year college systems across the country, now joined by California, are de-emphasizing those tests and putting more weight on high school performance to assess students’ math readiness. Numerous studies have made clear that high school grades and courses are better predictors of students’ ability to succeed in college than standardized tests.

More than half of two-year colleges now use criteria like high school grades in addition to placement tests, compared to about a quarter of colleges five years before, according to a recent survey by the research firm MDRC.

Many two-year colleges are also thinking more broadly about quantitative literacy and diversifying their course offerings. To fulfill graduation requirements, students have increasingly been allowed to choose math courses aligned with their areas of study, instead of having to take college algebra. While college algebra and pre-calculus are stepping stones to calculus for students pursuing fields like physics and engineering, they have served as college gatekeepers for students regardless of their aspirations.

“The placement tests traditionally used by colleges tend to ‘under-place’ a significant portion of students, sending them to remedial courses they don’t need. Disproportionately, these are students of color.”

More and more colleges are offering courses like Statistics and Quantitative Reasoning that could be more interesting and relevant for students who are not pursuing majors in STEM (Science, Technology, Education, and Mathematics). As highlighted in “Multiple Paths Forward,” a new report I co-wrote with several colleagues, at least two dozen state higher-education systems are adopting this strategy. In California, nearly half of community college students who earn degrees and transfer to four-year universities are taking these alternative courses to meet their math requirements.

Nationally, the number is growing too, as students vote with their feet: Just as “big data” is transforming the way we live and do business, the number of community college students enrolled in statistics and probability doubled over the five-year period, according to the math survey. And more than half of colleges reported adopting some form of “math pathways,” redesigned courses or sequences that accelerate students’ progress through introductory courses like Statistics and Quantitative Reasoning.

Lastly, for students who do need some brush-up in math, colleges are shortening the remedial sequences or replacing them with college courses called “co-requisites” that integrate review material in a “just-in-time” fashion.

Related: We’d be better at math if the U.S. borrowed these four ideas for training teachers from Finland, Japan and China

Community colleges may have begun the trend, in part because such a high proportion of their students were taking remedial courses. But more and more, four-year universities are getting involved in redesigning their approaches to mathematics. This fall, the 23-campus California State University system will implement new policies that eliminate traditional remedial courses and placement tests, while broadening its definition of quantitative reasoning.

While the inevitable decline in remedial course-taking at universities is promising as well, some of the approaches needn’t wait until students reach college. Considering that the students most likely to land in remedial courses are the very students who have been ill-served by K-12 schools, it’s high time that the entire education system focus on eliminating unnecessary barriers to their success.

This story about college completion and success was produced by The Hechinger Report, a nonprofit, independent news organization focused on inequality and innovation in education. Sign up for our newsletter.

Pamela Burdman is the founder of the Just Equations project, which re-conceptualizes the role of mathematics in ensuring equal educational opportunities for students. 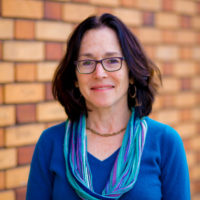 Pamela Burdman is the founder of the Just Equations Project, which re-conceptualizes the role of mathematics in ensuring equal educational opportunities for students. See Archive