Everyone knows it takes a lot to pay for college. But exactly how much?

The lowest-earning families must spend about 60 percent of their family income to afford a four-year public college, and the average family about 17 percent, according to the National Information Center for Higher Education Policymaking and Analysis.

That’s too much, most people agree. In response, most of the politicians running for president have proposed plans to help make college more affordable.

The Topic: How much should college actually cost?

Why It Matters:  Experts are trying to come up with new ways of pricing what you’ll pay for higher education.

But how do we measure affordability? An affordable amount for a family with one child and an annual income of $75,000 is not the same as for a family of the same income with five kids and two mortgages. And some colleges say they meet 100 percent of students’ demonstrated need, but their graduates depart with significant debt.

In order to make college affordable, officials must first agree on a common definition, or benchmark, for what students and families should be expected to pay – or at least that’s the view of the Lumina Foundation, among others.

“Before we really talk about affordability, we should come to an understanding of what that means,” Sarah Ancel, associate commissioner for policy and legislation at the Indiana Commission for Higher Education, said Monday at a panel discussion convened to discuss a new benchmark proposed by Lumina. (The Lumina Foundation is one of the several funders of The Hechinger Report.) “I’m not sure that the level of the benchmark matters as much as that there is a benchmark that we can all rally around.”

Related: Low-income students struggle to pay for college, even in rare states that offer help

Officials at Lumina wrote a report last summer, called A Benchmark for Making College Affordable: The Rule of 10, arguing that the cost of college should be determined by how much students and families can pay, not by how much college costs.

“The conversations about affordability typically begin with what college prices are, what grant aid is available, and then ultimately wind up with what students are left to pay,” the report reads. “Instead, the student-centered model proposed here begins with what students can reasonably contribute, and then suggests that the system be built around their needs.”

In order to reverse the order of operations, Lumina proposes measuring how much students can “reasonably contribute” through a metric they call the “Rule of 10.” The Rule of 10 says that, in families making 200 percent above the poverty line (or more), students should be able to pay for college through saving 10 percent of their discretionary income for 10 years, combined with what they make by working 10 hours a week while in college.

The benchmark report does not address how much families with multiple children would need to save per year, nor how debts and loans play into the equation. It doesn’t speculate what agency would be responsible for getting people to comply. And, perhaps most glaringly, it doesn’t deal with cost. How much would the “Rule of 10” cost? Who would pay for it?

Sarah Flanagan, vice president for government relations and policy development for the National Association of Independent Colleges and Universities, who participated in the panel, said it’s too early to think about cost.

“I think it’s too many steps removed and we don’t even know what the financials would look like,” she said. “I think it’s going to naturally lead into that as a conversation, but I wouldn’t even want to begin to speculate.”

Related: Why are low income students not showing up to college, even though they have been accepted?

But Sara Goldrick-Rab, a professor of educational policy studies and sociology at the University of Wisconsin-Madison who was part of the initial “Rule of 10” discussion group, argues instead for a universal free system of higher education. This benchmark idea, she said, is divisive.

Jamie Merisotis, president and CEO of the Lumina Foundation

“In doing the calculations, you’ll quickly see that poor people get a good deal from this,” she said. “I don’t think we’re going to finance higher education by doing different things for different people.”

Zakiya Smith, the strategy director for Lumina, said reaching specifics is not the goal right now, but eventually the benchmark “should be something that people can understand but that policy makers could use.”

While advocates and researchers agree the benchmark idea is more a skeleton than a viable plan, they say it has appealing aspects.

“One of the reasons that it’s valuable is that it certainly starts a conversation about the whole issue of what does it mean when we talk about affordability,” said Donald Heller, the dean of the college of education at Michigan State University. “And in trying to establish this fairly simple-to-understand benchmark, they can engage people in a conversation about the benchmark and how it can be applied in policy.”

Mamie Voight, director of policy research at the Institute for Higher Education Policy, who sat on the panel today, said the benchmark puts equality front and center. “It really focuses on the fact that there are some students and some families who really cannot afford to contribute anything towards their college costs,” she said. 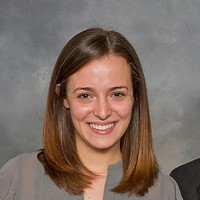