The future of affirmative action in U.S. college and university admissions is at its most vulnerable in over 40 years.

The 1978 Regents of the University of California v. Bakke decision originally endorsed the practice, with the last major threat to affirmative action coming in 2016, when the U.S. Supreme Court upheld its use in college and university admissions by a vote of 4 to 3 in Fisher v. University of Texas.

Now, the issue has come roaring back, as Students for Fair Admissions alleged discrimination by Harvard University against Asian Americans. Despite the new ruling in Harvard’s favor by U.S. District Court Judge Allison Burroughs, a ruling with which I agree, it is likely that the issue will yet again reach the U.S. Supreme Court, to be adjudicated by its conservative majority. The high court could potentially ban affirmative action entirely, a decision with which I would disagree.

We need affirmative action now more than ever, if we still strive to be the land of equal opportunity and social mobility.

Related: OPINION: 3 ways that colleges can support underrepresented students after the Harvard case

We need affirmative action now more than ever, if we still strive to be the land of equal opportunity and social mobility.

Over the past four decades, resources available to U.S. colleges and universities have also become more unequal, partly as a result of this rising income inequality in the economy. The stock market has contributed, leading to higher endowment earnings and increased wealth for alumni/ae and others to donate.

At the same time, the returns to earning a bachelor’s degree have also increased. This has translated into greater demand for higher education, particularly at the institutions with the most resources and highest graduation rates.

If public and private higher education weren’t heavily subsidized by the public sector because of perceived public benefits — including by federal, state and local governments and their taxpayers — we can imagine the scenario of a private market allocating seats. Those with more wealth could decide to buy the Mercedes education for their children, and other families the used Toyota version offered by less wealthy and less selective institutions. But higher education receives significant subsidies that benefit students in a variety of ways, and the size of the subsidies is positively correlated with the selectivity and overall resources of the institutions.

Thus, the institutions that practice affirmative action are the same ones that receive the largest public subsidies and spend the most on their students, partly at taxpayers’ expense. It is therefore perfectly reasonable to consider the public interest in subsidizing higher education, and to ask who should have access to these subsidies.

Arguments against affirmative action, including from those representing the plaintiffs in the Harvard case, are grounded in the notion that access to these seats and their large subsidies should be based on “merit,” with “merit” determined predominately by academic performance in high school. This suggests that college or university officials are equipped to make clear decisions about which young applicants are the most talented and likeliest to contribute the most to society, and therefore entitled to seats and subsidies — assuming these are the primary justifications for the subsidies.

If investments in K-12 education were more equal in America, then the competition for admission based on these kinds of criteria might be fairer. As readers of this publication know, our nation’s K-12 investments are far from equal. We should be very cautious about making confident decisions based on perceptions of merit, when there is such an uneven playing field. This is particularly true when it comes to standardized test scores and other measures of academic performance.

The best outcome for our society is renewed investment in higher education and less disparity in resources across institutions, so that access is not seen as such a zero-sum game.

Another argument made in the Harvard case was that admissions advantages should be based on family income, not race. But given America’s history, it is impossible to conclude that income completely defines advantage or disadvantage. Such a conclusion would not account for the role of race and ethnicity. Wealth data confirm the inequities. In addition, the Bakke decision was based on the educational advantages of students being exposed to a variety of forms of diversity. Race and income, while correlated in the United States, are different sources of such diversity.

The increasingly contentious discussions and legal battles about U.S. college and university admissions — whether for athletes, legacies and underrepresented minorities at Harvard or other leading institutions — are playing out because of rising income inequality in America, a greater dispersion in resources and subsidies at U.S. colleges and universities, and increased returns to higher education. When the “prize” of a spot at the more selective U.S. institutions wasn’t as big in terms of spending per student and earnings after graduation, it didn’t matter quite as much who won it. That has changed. Thus, the continued assault on affirmative action policies.

The best outcome for our society is renewed investment in higher education and less disparity in resources across institutions, so that access is not seen as such a zero-sum game. Greater access for underrepresented minorities and lower-income students, especially at the better-resourced institutions that practice affirmative action, would put downward pressure on costs. At the same time, it would increase these students’ graduation rates and contribute to greater economic and social mobility. When institutions give more need-based financial aid, they have fewer resources to spend per student. This is a trade-off that would be in the public interest, particularly for those concerned about costs.

When affirmative action comes before the U.S. Supreme Court again, it will be a challenging decision for the justices. To overturn Bakke, especially given the circumstances under which Justice Brett Kavanaugh was confirmed, could significantly undermine the legitimacy of the court and the decision. And if it is overturned, fewer Hispanics and African Americans will earn bachelor’s degrees (absent major changes in the distribution of resources across institutions), with negative implications in terms of lifetime earnings and opportunities.

That will only increase the tensions we currently face as a nation, and further undermine our commitment to equal opportunity and social mobility.

This story about affirmative action and Harvard University was produced by The Hechinger Report, a nonprofit, independent news organization focused on inequality and innovation in education. Sign up for our newsletter. 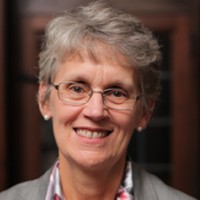