Faculty and administrators know that, in principle, if you are never asked to examine, let alone defend, your beliefs, your education will be deficient.

That’s one of the key reasons we educators value diversity, including intellectual diversity: people with different points of view make you think about what you believe.

When there is a strong ideological bias among faculty and students — which there is at many schools (particularly selective ones in the Northeast) — and when as a result beliefs go unexamined, people will learn less.

Related: How to save the humanities? Make them a requirement toward a business degree

I myself share the leftist leanings of the university world, and until a few years ago I supposed them to be just rational dimensions of scholarship or benign assumptions about social justice, fairness and equality.

As I talked about these issues with people outside the academy, however, I had to confront the fact that I was taking for granted many ideas or values that needed discussion and argument.

People who didn’t agree with me about the content of what I called social justice were not actually in favor of injustice. When I turned to my colleagues in the academy, many seemed uninterested in (or even incapable of) discriminating between their own political views and the issues with which they were concerned in their professional work.

One may never be asked to legitimate one’s assumptions (and thus understand them more profoundly) if all participants in the conversation share those same assumptions. That’s why diversity is an educational issue and not just a question of political fairness.

The cultivated parochialism of American college campuses should not be surprising. After all, across America, groups are enclosing themselves in bubbles that protect them from competing points of view, even from disturbing information. This has always happened to some extent; it’s easier to be with people who share your views.

Today, however, we are able to curate the information we receive so that we are validated more than we are informed. As George Packer recently noted, “we live in a time of total vindication, when complication and concession are considered weaknesses, and counter examples are proof of false consciousness.” Academia suffers from some of these same tendencies.

“Instead of training our students to call out as morally inferior people with whom they have intellectual differences, we must cultivate curiosity and openness.”

Academia may be vulnerable to protests from the right about hypocritical intellectual intolerance (“left-wing tyranny”), but this is surely a case of “protesting too much.” Intellectual narrow-mindedness is hardly limited to the left. Harvard’s Kennedy School, for example, just rescinded an invitation to Chelsea Manning, who went to jail for disclosing classified information that exposed murderous government misconduct. Harvard disinvited her because of complaints from current and former CIA officials who themselves condone the use of torture. When left wing professors, like Princeton’s Keeanga-Yamahtta Taylor, give speeches critical of the current regime, they don’t just get criticized; they receive death threats. Conservatives have gotten a lot of mileage out of complaining about so-called campus totalitarians, but intolerance is, in turns out, a widely shared value.

Demonizing people because they have ideas different from your own has always been a temptation, and in recent years it has become a national contagion. College campuses are not at all immune from it, but this malady is fatal for liberal education. Many people are so accustomed to curated information ― be it from social media feeds or just from one’s choice of cable news ― that they have lost the ability to respond thoughtfully to points of view different from their own. Instead of seeing disagreement as an occasion for learning, many today have become so unaccustomed to robust exchanges of ideas that they feel threatened when confronted with information and arguments with which they may disagree or with which they are simply unfamiliar.

This is anathema to pragmatic liberal education, a broad, contextual form of learning that has been the hallmark of American higher education at its best.

Related: While liberal arts decline in U.S., China and other economic rivals add them

We can change this unhappy trajectory. Instead of training our students to call out as morally inferior people with whom they have intellectual differences, we must cultivate curiosity and openness. We must highlight and enhance the consideration of alternative perspectives on culture and society; we must promote vigorous debate that doesn’t degenerate into personal attack. This kind of consideration and debate is increasingly rare in the public sphere, and that’s why it is more important than ever to cultivate the terrain for it on our campuses.

By this I don’t mean inviting provocative entertainers to campus so as to get free speech points at the cost of providing a platform for idiocy and abuse. I mean enhancing conditions for the serious study of alternative visions of justice, freedom, individual rights and communal responsibilities. I mean not just sharing biases with students in acts of solidarity, but testing one’s biases by engaging with ideas that also challenge the campus consensus.

In the late 1960s, many schools steered away from enforced homogeneity and toward creating a campus community in which people could learn from their differences while forming new modes of commonality. This had nothing to do with what has come to be called political correctness or even identity politics. It had to do with preparing students to become lifelong learners who navigate in and contribute to a heterogeneous world after graduation. Today we must ensure that intellectual diversity is part of this mix.

A “dynamic community” is one in which members have to navigate difference  — including intellectual and political difference. Their interests, modes of learning, and perspectives on the world should be sufficiently different from one another so as to promote active learning in and outside the classroom.

Related: The surprising institutions that refuse to drop the liberal arts

We want our students to be stimulated by intellectual, aesthetic and political differences; we want them to treat those differences as assets for learning.

The alternative is to shield oneself from difference, to protect one’s prejudices by interacting only with others who share them. A liberal education should enable graduates to see differences among people not as threats but as tools for solving problems and seeking opportunities. We expect graduates to embrace diversity as a source of lifelong learning, personal fulfillment, and creative possibility. Universities want to shape a student body that maximizes each undergraduate’s ability to go beyond his or her comfort zone to draw on resources from the most familiar and the most unexpected places.

Academic departments should be willing to discomfort themselves similarly in hiring new professors. Search committees should see political, cultural and intellectual differences as resources for a more powerful education just as admissions officers do. Intentionally cultivating such diversity in the student body and on the faculty is key to fulfilling the promise of pragmatic liberal education.

This story was produced by The Hechinger Report, the nonprofit, independent news website focused on inequality and innovation in education. Sign up for our newsletter.

Michael S. Roth is the president of Wesleyan University in Middletown, Connecticut. 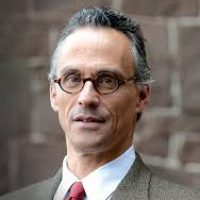