As a first-generation American who’s also the first in my family to attend college, I learned from my parents that going to college was essential. They urged me to value any form of education that I could access, and especially one that wouldn’t leave me thousands of dollars in debt. My job was simple: Work hard and receive a quality education.

I grew up in Ridgewood, Queens, and attended New York City public schools from kindergarten through eighth grade. When it came time for high school, I was thrilled to be accepted into Townsend Harris High School, a public magnet school in the city. The intense environment and highly regarded name of the school encouraged a very elitist culture among my peers, and I slowly found myself possessing a very inflated sense of self. As high school progressed, the sincere gratitude and appreciation I had toward higher education shifted.

The question of “What college will I attend?” transformed into “What are the ranks of the schools I’m applying to?” I didn’t recognize how privileged I was not to be plagued by doubts concerning whether I could pursue higher education. The sense of security I had regarding my academic profile also misled me to think that I could attend any school, regardless of financial need.

Related: New routes to success in learning are popping up around the country

When college decision time came, it was disheartening not to see my dreams finally come to fruition. I was waitlisted by my top choices and, upon finding out I got into Penn State University, it felt like a last resort. I knew that Penn State has an amazing communications program. I knew the financial support from the school would lessen my family’s financial stresses and allow me to graduate debt-free. Nonetheless, I had allowed myself to be blinded by the idolization of the most highly ranked schools. The fact that I had the chance to pursue a postsecondary education anywhere at all, let alone at an accredited, well-regarded university — something no one else in my family had gotten the chance to do — couldn’t shine through my deep sense of disappointment.

When my mom bluntly pointed out my lack of appreciation and asked me how I expected to survive at Penn State if I didn’t give it a fair chance, I remember being overcome with mixed feelings of shock and realization. I genuinely had not considered that I could grow to like the school. In my head, it was just a roadblock on my path to an Ivy League institution. After the confrontation, I took time to reflect on the overwhelming truth in my mom’s words. As long as I had the drive to succeed and logically considered my financial need, any institution of higher education had so much to offer, and it was my responsibility to seek out these things and make the most of them. When I started my studies at Penn State a year ago, I was able to do so with openness and confidence in myself, qualities that allowed me to take advantage of the school’s many opportunities and grow to love the school.

Amid the college admissions scandal this past spring, I realized how many individuals view a college education as a status symbol rather than an education itself. My gratitude expanded further because I knew that I had earned my place at my school. No one had helped me cheat on tests or paid for my admission, and I wasn’t a legacy. I’d always maintained my integrity as a student, no matter how much I felt that I deserved to attend a top school.

After my first year at Penn State, I came home to Ridgewood for the summer, where I worked as a marketing and communications intern at LaGuardia Community College through New York City’s Summer Youth Employment Program. It was exciting to be strengthening my marketing and advertising skills, while also promoting accessibility to education in any way that I could. After my first week as an intern, though, I realized that there was a wealth of knowledge the position offered beyond the technicalities. As I familiarized myself with the LaGuardia’s mission of producing critical thinkers who are socially responsible and as I experienced the openness of the faculty and staff, I felt myself letting go and, slowly but surely, unlearning the hierarchical beliefs that still lingered in my subconscious.

The shaming of community colleges and alternative routes to four-year colleges is extremely prevalent in our culture and, unfortunately, in some way I had internalized this type of perspective.

Related: A Game of College: Can you get into college and finish a degree without taking on too much debt?

Despite this, as I was tasked with researching the wide array of programs and services that LaGuardia provides, I felt ashamed at how quickly I had jumped to conclusions about something I didn’t know enough about. Many people don’t know about the college’s considerable financial aid/counseling, push for the acceptance and integration of underrepresented groups, and amazing programs, from the joint Criminal Justice Program with John Jay College to the Early Childhood Learning Center. Had it not been for this internship, I’d never have known the extent to which community colleges in America are engines of social mobility.

New York City is home to some of the country’s most segregated schools, and the institutional racism ingrained in every facet of American life makes it hard for many students — particularly those without racial or socioeconomic privilege — to pursue higher education. LaGuardia’s emphasis on diversity and inclusion ensures that people from all walks of life have access to higher education. The stereotypes and prejudice against community college students fail to consider students who are financially unstable, parents, products of poor school districts, or a combination of all those factors and more. On another note, they also fail to consider that community college does not have to be a last resort, and that a student may choose to attend simply because he or she wants to.

“The shaming of community colleges and alternative routes to four-year colleges is extremely prevalent in our culture and, unfortunately, in some way I had internalized this type of perspective.”

It eventually dawned on me that, no matter what circles we run in, there will always be people who try to impose their superiority complexes and categorize others in demeaning ways. As simple as that sounds, I think it’s important to actively acknowledge this immature way of being, to prevent our own actions that may mirror this type of behavior.

Though I am currently enrolled at a four-year college, I now have a new level of understanding and respect for students at all institutions of higher education. Learning to keep an open mind and valuing attributes over image enabled me to recognize how I’d had a patronizing attitude toward other students and to work on freeing myself of such negative assumptions.

This story about college value and perceived status was produced by The Hechinger Report, a nonprofit, independent news organization focused on inequality and innovation in education. Sign up for our newsletter.

Olivia Piechocinski is a sophomore at Pennsylvania State University. 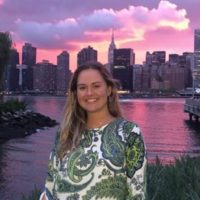