Betsy DeVos and Donald Trump say that the solution to persistent inequality in educational opportunity is to provide parents with more choices.

They support vouchers that would allow public funds to be spent on private schools – even those with religious orientations – and charter schools, which are frequently run by private corporations.

Charter schools are public schools because they are funded through tax revenues. But these schools are often not answerable to local taxpayers and lack public accountability.

Vouchers use tax revenues to provide students and their families with funds that can be used at private and in some cases parochial schools. They have even less accountability.

Experience with voucher programs suggests that students with middle and upper class backgrounds are more likely to benefit from these programs than those who live in poverty.

Such outcomes remind us that we need to keep the needs of all children in mind when we craft educational policy. Traditional public schools educate 90 percent of the kids in America. Does it really make sense to pursue policies that will make our educational system more unequal than it already is?

Given the controversy over DeVos’ appointment as Secretary of Education, and the relatively small amount (typically around 8 percent) of educational funding coming from the federal government, some have wondered whether we might be better off without a federal Department of Education.

While doing away with such a controversial department might seem prudent, the truth is, educational opportunity for poor children would be even more limited without it.

The department oversees programs that provide much-needed funding for schools serving our poorest kids, such as Title I, which was first established in 1965 as part of the Elementary and Secondary Education Act (ESEA) and was a key component in President Johnson’s War on Poverty, as well as special education programs through the Individuals with Disabilities Education Act (IDEA), and English language instructional support.

In addition, the Department of Education provides funding for postsecondary education, in the form of Pell grants for the poorest students, funds for work-study and student loans. Given the size and importance of these programs, a federal level “department” provides a useful way to group these programs together and provides oversight and accountability.

Overall, the education secretary has fairly limited powers to change much on her own. She has the latitude to make changes to some elements of existing grant programs and, as she recently demonstrated, the Department of Education has the latitude to reduce pressure on schools to implement policies aimed at supporting LGBTQ students, but that’s where her authority ends.

The bulk of the funding that goes to public schools under the Every Students Succeed Act (the 2015 reauthorization of ESEA) is distributed in ways that are clearly defined in the legislation, and are not open to interpretation by the Secretary. To effect large-scale change, like implementing vouchers and expanding charter schools, Betsy DeVos will need to convince Congress to enact new legislation and to appropriate funds in ways that reflect her priorities.

Her visible position as the head of the Department of Education provides her with an important platform (aka bully pulpit) to advance her agenda of privatization, but even if she can convince Congress, she will still need to make her case with the states. Because education is a state-level responsibility, Secretary DeVos would need to get state legislatures and governors to support the changes she wants to make. The fact that many states have Republican administrations and legislatures gives her an advantage, but the outcome is far from certain.

The layered nature of educational governance gives DeVos’ opponents an important opportunity to organize and to emphasize the flaws in the policies she seeks to pursue. DeVos’ appointment has increased awareness of educational issues, and many parents and community members who were not previously active in politics are organizing protests and running for school board in an effort to thwart DeVos’ agenda of privatization. Such actions suggest an understanding that the reforms that DeVos champions would ultimately lead to greater inequality in our schools and decrease educational accountability.

Certainly, there are flaws with this system — chief among them is the fact that there are many social and economic inequalities within and among our communities. We have often looked to our public schools to overcome these inequalities, yet schools, in and of themselves, are unable to fully address deep-seated problems such as poverty and racism.

Instead of seeking to dismantle public education, parents and community members are working together to reaffirm the value of a public educational system that is controlled by democratically elected representatives and is directly accountable to the public.

Though public education has been the focus of much criticism in recent years, one of its core strengths is the fact that it is funded and controlled by the public.

Across the approximately 14,000 school districts in America, local citizens pay taxes, elect school board members, and make important decisions about the schools that their children and the children in their community attend. This democratic form of governance helps to ensure schools and the communities they serve work together to identify problems and develop solutions.

Abe Feuerstein professor of education, director of the writing program and former associate dean of arts and sciences at Bucknell University in Lewisburg, Pa. 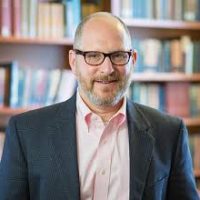 Abe Feuerstein professor of education, director of the writing program and former associate dean of arts and sciences at Bucknell University in Lewisburg, Pa. See Archive