As confirmation hearings for attorney general begin today, it is crucial to question and critically examine Sen. Jeff Sessions’ assumptions about disability — particularly in young students.

In a speech on the Senate floor in 2000, when Congress was considering reauthorizing the Individuals with Disabilities Education Act, the Alabama Republican described a boy with emotional disabilities who “could not, or would not, behave,” adding that “because he was a disabled student, he could not be disciplined in the normal way.” Disability advocates and others have expressed concern that Sessions had identified the problem as a lack of discipline.

Sessions’ comments about students with emotional disabilities are problematic because they may indicate that he does not recognize suspensions in certain instances as discrimination. He has stated that “We have children we cannot control because of this federal law.”

What is missing, however, is a clear understanding of what the nominated attorney general’s opinions on both students with disabilities and the laws protecting these students mean for the future of the Americans with Disabilities Act (ADA).

“Sessions’ comments about students with emotional disabilities are problematic because they may indicate that he does not recognize suspensions in certain instances as discrimination.”

In 1988, the Supreme Court, in a case involving school discipline of a student with an emotional disability who had been expelled from school for behavior that was a manifestation of his disability, Honig vs. Doe, prohibited the school district from excluding such children.

The court found that “Congress very much meant to strip schools of the unilateral authority they had traditionally employed to exclude disabled students, particularly emotionally disturbed students, from school.” The Court provided flexibility for school officials in the ruling, noting, “Where a student poses an immediate threat to the safety of others, officials may temporarily suspend him or her for up to 10 school days.”

Related: Eligible but got nothing: Hundreds of thousands of people with disabilities blocked from college aid

To be diagnosed with emotional disability under the law, a student may exhibit “inappropriate types of behavior or feelings under normal circumstances.” To be diagnosed, the student must have demonstrated these characteristics for a “long period of time and to a marked degree.” Much like students who have vision impairments have difficulty seeing, some students with emotional and other disabilities such as autism may have difficulty behaving in certain situations.

These labels are not easily applied to any student.

It is the role of educators, as required by IDEA and ADA, to provide individualized interventions and behavioral supports to assist students in meeting the behavioral expectations in the classroom. Even with these provisions in place, these students are considerably more likely to be disciplined and removed from the classroom than their non-disabled peers.

Suspending students with disabilities for behaviors related to their disability, rather than providing interventions, will not solve the problem. It will not create more “control.” It will simply funnel more children into the school-to-prison pipeline or mental health institutions.

If Sen. Sessions does not recognize this discrimination in young students, how will he as attorney general enforce the anti-discrimination law on the whole?

Thomas Hehir is the Silvana and Christopher Pascucci Professor of Practice in Learning Differences at Harvard Graduate School of Education and served as director of the U.S. Department of Education’s Office of Special Education Programs from 1993 to 1999. 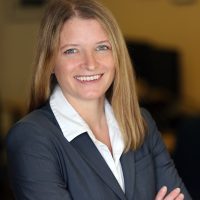 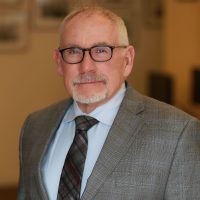