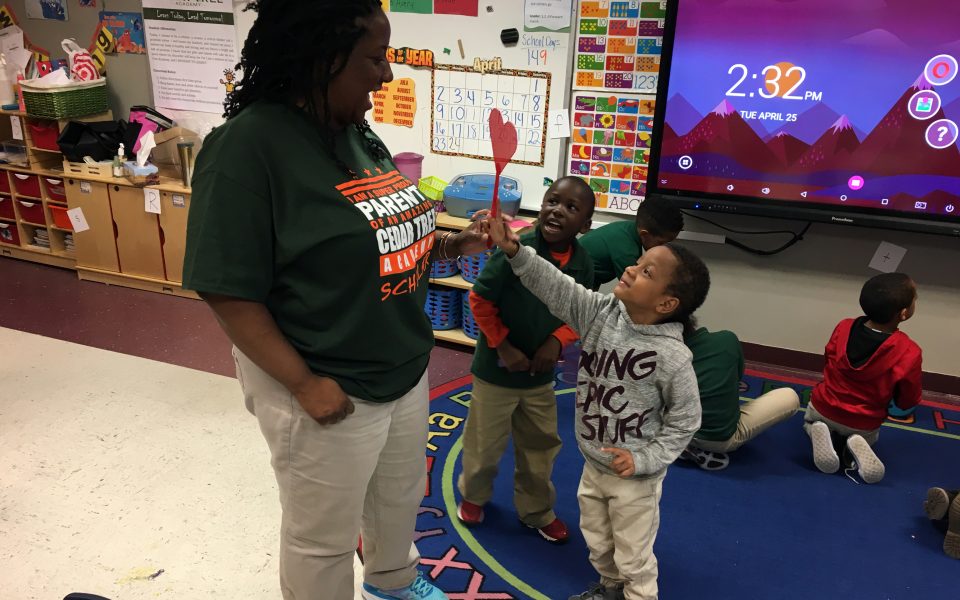 Can a pre-K boom in D.C. help to end school segregation?

Despite high ratings for quality, the popular preschool program in nation’s capital is one of the nation’s most ‘racially isolated’

WASHINGTON — Each morning at Van Ness Elementary School, the staff takes turns welcoming children just inside the front doors. “Do you want a greeting?” asks Cynthia Robinson-Rivers, the head of school. Children point to images and buttons on her apron to choose a hug, handshake, or a smile. “A high-five?” she asks one child, who leaps to slap her outstretched hand.

The scene might be typical of many schools, but Van Ness, which this year offered pre-K through first grade, stands out in the nation’s capital because it is an exception to what Robinson-Rivers calls “an unfortunate trend.” About 84 of Van Ness preschoolers are black, 60 are white, 14 are Hispanic, and the remaining few dozen are of various Asian backgrounds, or listed as multiracial, according to the D.C. Public Schools — making the school one of the District’s most diverse by race, ethnicity and social class. “Schools are becoming less, not more diverse,” Robinson-Rivers said. “The opportunity for a school like this is especially important.”

The diversity among the school’s littlest students reflects changes in the school’s neighborhood. Once largely industrial, the Navy Yard area is now home to Nationals Park, restaurants and sparkling new condo buildings – all blocks from well-established low-income apartments just across South Capitol Street.

“Schools are becoming less, not more diverse … The opportunity for a school like this is especially important.”

Cynthia Robinson-Rivers, head of school, Van Ness Elementary in D.C., home to one of the city’s most diverse early childhood programs

Washington has one of the nation’s highest quality preschool programs. It’s also one of the most segregated. In the 2013-14 school year, 86 percent of the city’s black pre-K students attended “racially isolated” nonwhite schools — the highest rate in the nation.

But a new generation of parents, including young middle- and upper-class families descending on the city, could herald an end to the city’s entrenched segregation. For the 2016-17 school year, the waiting list for D.C. pre-K classes skyrocketed into the thousands. More than 4,000 preschoolers were on waiting lists in traditional and charter schools.

Related: Sixty years after Brown v. Board of education, how segregated are we?

Already, gentrification is bringing signs of change: White 3- and 4-year-olds represent 15 percent of pre-K students in D.C. in the current school year, up from 11 percent in 2013-14. The percentage of black and Hispanic students dropped slightly over the same period.

There is a long way to go. Most of D.C.’s black pre-K students attended schools where African-American student enrollment was 90 percent or higher, although D.C. school officials point out that the city has one of the nation’s highest concentrations of black residents. Nearly two-thirds of the city’s Hispanic preschoolers also attended racially isolated schools, the nation’s third-highest rate, behind only Texas and California. The national rates were 51 percent for black students and 53 percent for Hispanic students, according to federal data cited in a 2016 study by Penn State University education professor Erica Frankenberg that compared D.C. to states.

D.C. also has the nation’s highest overall enrollment rate of both 3- and 4-year-olds in pre-K: 84 percent of 4-year-olds and 70 percent of the city’s 3-year-olds attend public preschool, according to the D.C. Office of the State Superintendent of Education, which monitors the programs. Those figures don’t include children who attend private preschools.

A majority of D.C. pre-K students, nearly 6,700, attend charter schools. More than 5,900 in pre-K attend traditional public schools, and about 600 attend pre-K in community-based child care centers, according to city data confirmed by the D.C. Public Schools and the D.C. Public Charter School Board.

To enroll in pre-K classes, D.C. families must enter a lottery. They record their 12 top school choices, and their entries are prioritized based on proximity to each school, whether a child’s sibling is enrolled, and other criteria. All 3- and 4-year-olds are guaranteed a slot, but not necessarily in a nearby school — a challenge for some families. No transportation is provided for any D.C. students, except those with disabilities.

That means that a school’s demographics may depend in part on how its neighborhood is changing, as in the case of Van Ness, and whether more parents can take the time to bring their children to school.

But diversity is also something more families are looking for as they decide where to live and enroll their children in school. A startup group called Learn Together, Live Together held its kickoff event at the Meridian Pint pub in D.C.’s Columbia Heights neighborhood in early April. A few singles and parents of young children huddled around a pool table, sampled craft beers, and listened to group co-founders Christopher Suarez and Jenna Tomasello riffed on the need for more diverse schools in the nation’s capital.

“I think segregation and economic inequality are the root causes of school failure in this country. If we can’t get that right, we’ll never get it right.”

Van Ness reopened in 2015, after being shuttered for nine years. It will add a grade each year until it offers pre-K to fifth grade. The current pre-K waiting list is 444 students long, soaring past the school’s enrollment, according to the District of Columbia Public Schools.

More typical of the city’s preschools is Cedar Tree Academy public charter school, just two miles away, across the Anacostia River. The school serves about 385 students from pre-K-3 through kindergarten only, and has a waiting list of only two. “There’s not a lot of diversity at our school,” said LaTonya Henderson, Cedar Tree’s executive director.

Almost every student is black, although a handful identify as multiracial. One-third of Henderson’s students are homeless, or “doubled up,” staying with family or friends, or even living in cars. Virtually everyone comes from a low-income family, many from the Barry Farm and other nearby public housing projects.

Despite the challenges facing Cedar Tree and its community, the school rates in Tier 1 for quality, the city’s highest designation. Every class has at least three adults working with students to provide attention. All students take Spanish and music.

Sadiqa Long, the school’s director of counseling and student services, who grew up in nearby Southeast, said the school is thriving. “We really don’t care what you look like. We’re going to treat you kind, and we’re going to teach you well.

This story was produced by The Hechinger Report, a nonprofit, independent news organization focused on inequality and innovation in education. Read more about Race and Equity. 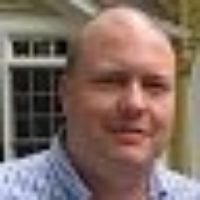