Los Angeles Schools’ Superintendent John Deasy has discussed terms of a possible exit from that post, according to news sources, ahead of his Oct. 21 performance review. Deasy was appointed in 2011 and his current contract runs to June, 2016. Despite this, LAUSD’s Deasy bio still says he’s “a man on a mission” who’s “championed rigorous and ambitious learning opportunities for youth, fair teacher and administrator evaluations, pay‐for-performance, staff development and training, and data‐based decision‐making.” In short, he is another high-profile accountability-side casualty of the nation’s school wars.

Didn’t Tolstoy say that all failed superintendents fail in their own way? Here, Deasy’s immediate problem is a $1.3 billion debacle over a controversial iPads-for-all program in which he reportedly engaged in contact with software and test vendor Pearson PLC. deemed to be inappropriate before the contract was opened for competitive bidding.

But Deasy’s departure, should it come, will also be the result of the policies that brought him to LAUSD in the first place: the corporate-type school reform agenda, backed by the Bill & Melinda Gates Foundation and Broad Foundations. Deasy is the former deputy director of Education at Gates and was a Broad fellow. (The Eli and Edythe Broad Foundation is a funder of The Hechinger Report).

Related Story: The inside story on LA schools’ iPad rollout: “a colossal disaster”

This is consistent with a pattern that should not be lost on edu-politicians betting the farm on accountability. Here I separate true believers from those with their fingers to the wind. While I think corporate reformers have it wrong, I do not question those with informed fidelity to their cause. But most elected officials and their political appointees are simply looking to represent constituent and contributor views. They are usually inexpert in education and, as in most matters, position themselves where the most votes —- or dollars — lead.

“Didn’t Tolstoy say that all failed superintendents fail in their own way?”

That presents a conundrum because the pattern exemplified by John Deasy has voters on one side, donors on the other. In a relatively short time, a stunning number of accountability-based leaders have been forced from office on a tide of voter resentment even while, as documented by historian Diane Ravitch, the likes of Gates, Broad, and hedge fund billionaires continue their corporate-style push toward school closures, choice, data-driven student and teacher evaluation, and high-tech innovation.

Related Story: When it comes to school leaders, stop waiting for Superman

In addition to Deasy’s likely membership, others in the ousted leaders club include Michelle Rhee from D.C., Paul Vallas from Bridgeport, Alan Bersin from San Diego, and Jean Claude Brizard from Chicago. Rejection of harsh accountability policies was an important factor in New York’s recent election of Mayor Bill de Blasio after the mayoralty of Michael Bloomberg and, next door in Connecticut, State Superintendent Stefan Pryor just called it quits over similar issues to free Democrat Daniel Malloy from that yoke.

Corporate reform would seem to have had its day. Not only have many of its office-holding leaders been rejected but core initiatives like teacher evaluations and student data-sharing have met with tepid results. Far fewer teachers than predicted are found ineffective under new rating systems. Student data sharing advocates just suffered a stinging defeat under a tough new California statute.

Perhaps larger forces at work in politics and the economy will continue a trend toward centralized educational decision-making, privatized instruction, and student data mining. But the lessons of Los Angeles and other big cities where corporatization once reigned show perhaps a more profound strain of American education localism based on largely independent citizen school boards and voters resisting federalization and private interests. The recent body count points in that direction.

David C. Bloomfield is Professor of Education Leadership, Law, and Policy at Brooklyn College and the City University of New York Graduate Center. He is the author of American Public Education Law, 2nd Ed. among other works. 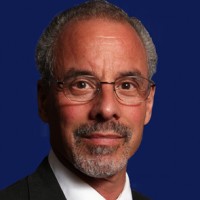