At a time when critics question the value of a college education, a degree in the liberal arts is under more scrutiny than ever before.

The study of history, literature, psychology, philosophy and other fields, critics claim, is a luxury we can no longer afford. Scarce public tax dollars, if used at all, should focus on the hard sciences, such as engineering and technology.

But the critique of liberal arts education is founded on three widely held views that are, quite simply, wrong.

The first myth, the most damaging, is that a liberal arts graduate can’t get a job and is wasting his or her time getting a B.A. degree. The facts may surprise you. At Hollins, where I am president, 97 percent of our recent graduates have either been employed (approximately two-thirds) or gone on to graduate or professional school (approximately one-third) within a year of graduation.

According to a National Association of Colleges and Employers survey, the percentage of college seniors who applied for jobs in 2014 and received at least one offer was close to 50 percent (47.9 percent in 2014, 45.9 percent in 2013). Most of this growth is attributable to students in liberal arts fields.

Liberal arts graduates have the skills that organizations look for in new employees. Earlier this year, the Association of American Colleges and Universities released a study by Hart Research Associates, which concludes “when hiring recent college graduates, employers place the greatest priority on a demonstrated proficiency in skills and knowledge that cut across majors.” Ninety-one percent of the respondents agreed that “a demonstrated capacity to think critically, communicate clearly, and solve complex problems is more important than their undergraduate major.” These are the very skills, regardless of undergraduate major, gained from a liberal arts education.

It is more difficult to establish a direct connection between a college graduate’s major and her or his career path than many people think. For example, according to a report released by the U.S. Census Bureau last year, three-quarters of Science, Technology, Engineering and Math (STEM) graduates have jobs in non-STEM fields. There is not a shortage of job opportunities in the STEM fields; in fact, just the opposite is true. In reality, an undergraduate college education is about finding new horizons, opening doors and creating opportunities, not simply training students for pre-selected career categories.

While starting salaries for liberal arts graduates may be lower than those from other programs, over a lifetime these earnings catch up. In an era where our students will be working in jobs that do not now exist, using technology that has yet to be invented, in an environment where flexibility and creativity are required, the liberal arts education is the best preparation. In many ways, the liberal arts education is substantially more “practical” than preparation in a specific skill that may become obsolete after graduation.

The second myth is that a liberal arts education is too expensive. What liberal arts colleges like Hollins do – provide small classes, personal student interaction with full-time professors, outstanding opportunities to complete internships, study abroad, and develop leadership skills – is expensive. Private colleges, however, have made a substantial commitment to financial aid, making it possible for talented students whose families have limited ability to pay for their education to take advantage of educational opportunities. Given the commitment private institutions have made to financial aid, the net cost of attendance is closer to that of attending public institutions than most people think,

In addition, the cost of attending a public university is rising faster than costs of attending private institutions.. At the same time costs at public universities have risen, in some cases dramatically, as state governments decided to reduce support for higher education during the recession.

The third myth is that a liberal arts education is a poor investment. According to the Institute for College Access and Success, the average amount of student debt for the Class of 2013 was $28,000, and three out of ten students graduated with no debt at all. The most recent numbers we have for small private liberal arts colleges for the Class of 2012 are even lower. According to the Council of Independent Colleges, 25 percent of students graduate from small private liberal arts colleges with no debt at all. The remainder graduate with an average debt of $19,500, less than the typical cost of a new car.

Consumers do not worry about borrowing to buy a car that depreciates the minute they drive it off the lot. On the other hand, the investment in a college degree appreciates over a lifetime. The U.S. Census Bureau indicates that the lifetime earnings for a college graduate exceed those of a non-graduate by $1 million. As confirmed in the College Board report Education Pays 2013, “The financial return associated with college credentials and the gaps in earnings by education level have increased over time.” A college education is the best long-term investment one can make to increase lifetime earning potential.

Related: Want to finance that student loan? It’s getting easier

Recent headlines declaring that total student debt now exceeds $1 trillion are misleading, too. With more and more high school graduates going on to attend college, we might expect total debt to increase. Is this a good thing or a bad thing? In addition, around 40 percent of total student debt is taken on by students in graduate programs, according to a report by New America’s Education Policy Program. It is still debt, but it is debt students enrolled in medical school, MBA programs, and graduate programs in the liberal arts are assuming, and these are students who are making a strong commitment to a course of study and more specific career.

Higher education is more than a noble endeavor; it is also critical for social advancement. Former Harvard President Derek Bok said that “[f]or some students, especially in the sciences, the knowledge gained in college may be directly relevant to graduate study. For almost all students, a liberal arts education works in subtle ways to create a web of knowledge that will illumine problems and enlighten judgment on innumerable occasions in later life.”

The one great truth about a liberal arts education is that it inspires us to understand, to change and to grow. This is why institutions of higher education like Hollins University and others will continue to make an important contribution to our communities, our country and humanity.

Nancy Gray is the president of Hollins University.

This story was produced by The Hechinger Report, a nonprofit, independent news website focused on inequality and innovation in education. Read more about the liberal arts. 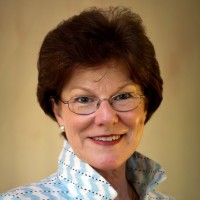 Nancy Gray is the president of Hollins University. See Archive