In my last letter, I asked a question that I think lies at the heart of the Common Core debate. I was disappointed that you did not respond to it. Here it is again, with context:

Jayne, there was nothing to prevent you from challenging all children before the Common Core arrived. I am certain you had strategies to level the playing field for economically disadvantaged students prior to 2010. Why do you believe you need the Common Core?

You told me in a previous letter that Florida parents and teachers reviewed the Common Core and made minor revisions. But this wasn’t the first time standards were reformed in Florida. In 2006-07 your state adopted the Sunshine State Standards, then changed to the Florida (Common) Core Standards in 2010, and then tweaked and renamed them the Florida Standards in 2014. My question remains, why did you need to go from one set of standards to another?

Related: Do the arts go hand in hand with Common Core?

Here is why I ask the question. Those who support the Common Core standards often claim they are needed because state standards were weak and, if states would adopt the same standards, the achievement of all students would rise. The problem is there is no evidence that standards per se make a difference in student performance, and there is some impressive scholarship that says they do not make any difference.

Tom Loveless of the Brookings Institute has shown that similar reforms over the past three decades have not improved student achievement, even when the standards were “rigorous” and schools did their best to implement them. He points out that when we look at National Assessment of Educational Progress scores, that the range of scores within individual states is “four to five times greater than differences” in state averages, even though states had vastly different standards. Back in 2010, writing for the National Education Policy Center, William Mathis made similar arguments based on both national and international data.

As principal, I’ve seen transfer students from Florida adjust easily and I’ve seen those who fell apart. The same goes for students who transferred from other New York schools. The quality of the prior school, the effort of the student, and all of the social and economic factors that impact learning, made the difference in how the student adjusted. Any reform, by state or national standards setting and testing, is a waste of precious financial resources and time. We should be working hard to improve the lives of our students and the quality of our schools. Public schools have not failed America, Jayne. America has failed its public schools.

“Prior to the Common Core and the tests aligned to it, New York parents simply did not protest either the tests or the curriculum.”

Nevertheless, if the standards are developmentally or academically inappropriate and the tests are aligned with them, damage can be done. You asked in your last letter where is the evidence that parental unhappiness with New York testing and test prep has anything to do with the Common Core. It is a great question.

New York had high-stakes testing just like every other state since NCLB. It was only when the Common Core tests began that the opt-out movement started. Florida is in year one. We are in year three. The Common Core standards were implemented, and the tests followed. During the first year, it was apparent that the Common Core-aligned Pearson tests were unreasonably difficult. Many young children became physically ill from the stress of taking a test that made them feel like failures. Eight prominent principals wrote a protest letter to the State Education Department. Hundreds of other New York principals signed it. Nothing changed.

Proficiency rates dropped to around 30% and, as a result, teachers pushed the Common Core standards even harder. In year two, 2014, based on their experiences during the first year of Common Core testing, 60,000 students opted out of the test. Year two testing was just as bad. When the third cycle of Common Core testing came around, the number rose to 200,000. The tests were perhaps even worse this year, based on word of mouth and sample questions posted online.

You argue that the Common Core has nothing to do with New York’s issues around high-stakes testing and opt-out. Of course, it does. Prior to the Common Core and the tests aligned to it, New York parents simply did not protest either the tests or the curriculum.

You asked, “Where will the line be drawn on what will be assessed and what will not be assessed?” Right now over 50 percent of my ninth grade class refused last year’s Common Core tests. Not one of them has ever protested a test or the state Regents exams. Parents understand the difference between fair tests and unfair tests.

Related: New tests raise the bar for kids, and that’s a good thing, whatever the scores

To turn back to Florida, it is entirely possible that your state’s Common Core-aligned tests, which were written not by Pearson, but by the American Institutes of Research, may be fairer and more reasonable. If that is so, Florida may never see the same level of parental ire as in New York. And that raises another question—which tests, New York’s or Florida’s are a truer measure of the Common Core standards? Are New York’s unreasonably harsh? Are Florida’s too easy? Both of our states agreed to and then “opted out” of PARCC, which was designed to homogenize the measurement of the Common Core standards. The proliferation of individual state tests with the rejection of PARCC and Smarter Balanced dampens the aspirations of those who wanted one scale to measure student and state performance. If the Common Core tests differ from state to state will the Common Core be “common” at all?

And so I ask my original question again: Why do you believe you need the Common Core? I am certain my school does not.

More from this series 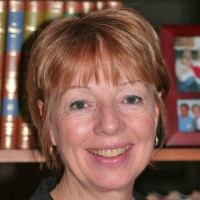