But do such memories do apply to most students? Does the average high school student even attend these activities?

The answer is that for many students, the social scene in large high schools is tough and unforgiving, with sharp distinctions made between the small group of social haves and the far larger masses of have-nots. And high school memories seldom include a significant academic component, let alone an intellectual one.

Related: Once sold as the solution, small high schools are now on the back burner

Schools and school districts have grown steadily in size for well over 100 years. But since the 1960s, teachers have consistently expressed their desire for smaller learning communities.

“The reasons people thrive in smaller learning communities are powerful and in need of expression.”

The reasons people thrive in smaller learning communities are powerful and in need of expression. But before stating what is so great about small schools, it is crucial to state what a small school is, and is not … because the millions of students and teachers lose out when small schools aren’t really small.

A small school is not small if it consists of 400 or more students. Researchers not only in education but also in psychology and organizational development find group size to be optimal at close to half that size.

However, many schools with sizes approaching 500 students were ultimately included in the foundation’s small-school work.

Researchers, policy makers and the public need to recognize, as we do at The Small Schools Coalition, that a school should not be deemed “small” unless is has 250 or fewer students (and absolutely fewer than 400).

Related: Gates doubles down on his drive to improve teaching

In true small schools, students are absent much less, drop out at nearly half the rate, have higher grade-point averages, and improve reading scores by almost a half-year grade equivalency more than large schools, noted Educational Leadership magazine.

While small schools have a higher cost per pupil than large schools, they have a lower cost per graduate since they tend to have lower dropout rates.

According to the U.S. Department of Education, the higher percentage of dropouts from large schools are associated with serious, additional societal costs such as crime and lifetime earnings.

Related: Are turnaround districts the answer for America’s worst schools?

In a 2014 study of the nation’s most “challenging” schools, 40 percent of them were schools of fewer than 350 students, a distribution in favor of small schools.

According to a 1998 report by the National Center for Education Statistics, small schools are safer, reporting fewer fights and no incidents of serious violence.

Related: What happened with the $100 million that Newark schools got from Facebook’s Mark Zuckerberg? Not much

A 1999 U.S. Department of Education study found that schools with more than 1,000 students had far higher rates of violent student behavior than schools with fewer than 300 students, and teachers and students in small schools were far less likely to be victims of crime.

“A school should not be deemed “small” unless is has 250 or fewer students (and absolutely fewer than 400).”

Students are not only physically safer in schools of less than 400, they feel emotionally safer and more connected with adults — which positively impacts learning.

The size of the student body alone does not make a good school, of course. But there are things that can occur in small groups that can’t in big ones.

Research shows that in small schools, relationships between students and adults are strong and ongoing.

There is much more advising going on, either formally or informally. This leads to clearer paths to graduation and postgraduate plans.

Relationships with parents are vibrant. And small schools have a leaner administrative structure, so that the whole faculty shares in decision-making.

Related: Is consolidation the answer for Mississippi’s struggling schools?

Teachers in small schools feel a greater sense of efficacy — they have a say, and they report higher job satisfaction.

The research is rich: In a review of more than 100 studies and evaluations, small schools researcher Kathleen Cotton noted, “Research has repeatedly found small schools to be superior to large schools on most measures and equal to them on the rest. This holds true for both elementary and secondary students of all ability levels and in all kinds of settings.”

One of my favorite aspects of the small school is that the school develops its own, unique culture.

Related: Failing high schools rarely turn around. But this one did

The culture of small schools typically revolves around hard work, high aspirations, respect for self and others, belongingness, and the expectation that all students will succeed.

Rather than logging millions of miles per year on buses to comprehensive schools and being dropped into fenced compounds with thousands of students, what if schools were created to be safe and manageable in size?

Students deserve to be free from worry about personal safety and to be confident that their teachers and administrators know them well and can guide their development of skills and knowledge.

Dr. Stuart Grauer, a teacher, is head of school at The Grauer School; president of The Grauer Foundation for Education; founder of The Small Schools Coalition; and author of the upcoming book Fearless Teaching. 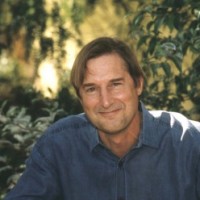 Dr. Stuart Grauer, a teacher, is head of school at The Grauer School; president of The Grauer Foundation for Education; founder of The Small Schools… See Archive