In his recent speech on higher education, Vice President Biden’s speech touched on the need for higher levels of degree completion, greater ease of access, especially for those of low income, and the need to address the growing cost of higher education, generally. His prescription: to make two years of community college free.

With this speech, the vice president promoted President Obama’s long-standing goal of greater degree attainment, while joining Presidential candidates Clinton, Sanders, and O’Malley in calls for various forms of “free,” or subsidized, higher education. Each of these reformation proposals assumes that the cost of a degree has risen beyond a point that students can afford. “Proof” is cited by the fact that student loan debt exceeds that of credit cards — $1.3 trillion.

That there may be little correlation between student debt and degree costs has not been considered. Yet, analysis shows that much debt can be attributed to factors other than college attendance. Over-borrowing, living expense support, and weak lending practices all appear to play a larger role in student debt than tuition.

Related: How many already attend community college for free?

These unexamined factors include:

The cost of “free” appears to be too great.

The number of enrolled students nears an all-time high (20.3 million).

A greater number of students have needed loans to cover living expenses because of lost equity, reduced savings and the unemployment of the past six years.

Student loans have been easily attained, and, at 3 percent to 6 percent interest, have been used to pay off 15 percent to 18 percent credit card debt.

Over 40 percent of current student debt is owed by graduate students (which represent just 10 percent of total enrollment), who must study full-time and need help with living expenses.

Loans are so easily attained that students too young to open a bank account or to obtain a credit card, can receive hundreds of thousands in money for school, regardless of credit, assets or expected ability to re-pay. According to the Federal Reserve of New York, 70 percent of current debt is held by students under the age of 20.

Schools are not permitted to adjust loan disbursements even when students enroll at less than full time status, or pursue low demand, low pay fields of study.  The “Gainful Employment” standards that prevent students from over paying for low cost certificates do not apply for degrees, costing many multiples more.

Whether a community college, or a public four-year institution, the dependence created by the federal funding models proposed, are fraught with potential risk for institutions. The threat of subsidy withdrawal would be sufficient, it is thought, to ensure adherence to federal expectations. The federal government could effectively “force” changes in an effort to create greater college and university “efficiency.”

Examples of federal heavy handedness can be seen in the way the present Administration uses continued access to Title IV funds as a means of pushing a particular ideological agenda such as suppression of proprietary education. It is not inconceivable that dependence on federal money could force schools to make changes, in the name of efficiency and cost reduction, while actually rooted in particular political/ideological agendas of the party in power.

Related: Free community college could cost more than we think

The most powerful argument against “free” degrees or “free” community college is that they already exist. Financially disadvantaged students now receive Pell Grants that cover nearly all the costs of attendance, including those costs outlined in each of the candidate proposals.

Finally, a “test of logic” may be appropriate here.  Consider that the cost of tuition has grown most rapidly for the public institutions which enroll the giant share of those in college (70 percent).

This increase has been driven by two factors, loss of tax revenue during The Great Recession, and increasing taxpayer resistance to subsidizing higher education. Should we now assume that these same tax payers are going to be happier paying federal taxes to support college attendance than they were of paying state taxes for this purpose?

The recent Recession has had more to do with student debt than degree costs. Community college costs are already low, reasonable and within the reach of nearly all.

Creating institutional dependence upon federal support will effectively “nationalize” higher education in America, while potentially reducing the diversity of models and offerings (in the name of ease of administration) that have made our systems of higher education the envy of the world.

The cost of “free” appears to be too great. 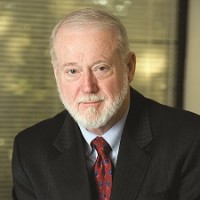