Each of these proposals, though slightly different, is focused on addressing an issue that has received great attention in the press and among policymakers: the continually rising cost of a college education and the student debt required to finance it.

Like the other proposals, however, Cuomo’s will require a large amount of public funds that in the end will likely have little impact on increasing postsecondary education attainment rates in the Empire State.

Related: Budget cuts are taking the heaviest toll on colleges that serve the neediest students

Cuomo has proposed to offer free tuition at any State University of New York (SUNY) community college or four-year campus.

While this latest incarnation of a free-college plan adds a component that is a step in the right direction – an income cap that would limit the funds to students coming from a family income of $100,000 this year, ultimately rising to $125,000 – it is still likely to focus much of its benefits on subsidizing students who would be attending college otherwise.

Even with a cutoff of $125,000 in income, the program would exclude only the top one-fifth of all New York families.

While paying for college, even at a public SUNY campus, is proportionally more expensive today than ten years or a generation ago, there is little research evidence that programs like this that reach well into upper income categories have an impact on increasing college access or college completion among these better-off youth. Most low- and moderate-income students at SUNY institutions already have their tuition paid through a combination of institutional grants, federal Pell Grants, and the states $1 billion Tuition Assistance Program (TAP), and thus, would not benefit from Cuomo’s plan.

Related: Sanders’ free college plan would take from the rich to give to the rich

Take, for example, four of the most prestigious and popular campuses, at Albany, Binghamton, Buffalo, and Stony Brook.  Data from the U.S. Department of Education’s College Navigator website show that students from families with incomes up to about $50,000 already have all of their tuition and fees covered through existing grants (median household income in New York was approximately $59,000 in 2015).

“Cuomo’s true desire may be to position himself for a presidential run in 2020, rather than to help solve the college cost conundrum.”

Cuomo’s proposal would provide no additional benefits to these students, as his proposal covers tuition alone, not other aspects of the cost of attending college, such as residence hall and dining hall fees, and transportation costs.  Instead, the bulk of the funds would go to students from families who make well above the median income, who currently receive less grant aid.

There is strong evidence to show that students from higher income groups are already more likely to attend college in the United States.  Data from the U.S. Department of Education’s High School Longitudinal Study of 2009, which longitudinally tracked the educational experiences of a nationally-representative sample of students who were 9th graders in 2009, show that only 50 percent of students from families with incomes below $55,000 attended college by 2013.  For students from families with incomes above $55,000, 71 percent enrolled in college.

Related: How free college tuition in one country exposes unexpected pros and cons

Many may argue that these wealthier students, even though they come from families with more means, still need help in paying for college.

While this may be true for some of them, it is wasteful to construct a program that treats every student the same by awarding blanket benefits regardless of their families’ financial circumstances. New York’s existing Tuition Assistance Program is already a means-tested program that requires students to submit the federal Free Application for Student Financial Aid, and thus, the state already has the data to determine whether students truly do need financial assistance in order to be able to attend college. And students on SUNY campuses are graduating with reasonable debt levels. According to data from the College Scorecard, at the four campuses cited above average debt of graduating seniors was about $20,000, well below the national average of close to $30,000.

Rather than providing so much funding to students who are already attending college, Cuomo and the State of New York would be better served by using the $163 million the governor estimates the program will cost to extend the benefits already received by existing TAP recipients.

The TAP program caps income eligibility at $80,000, and using the $163 million to help all TAP recipients – or better yet, those in the lower half of the TAP income eligibility range – would allow these students to have more of their full cost of attendance met through grant aid.  This would better ensure that these students could attend college, enroll full-time while there, and stay on track to complete their degrees and become productive, tax-paying citizens of the state.

While Governor Cuomo may be well-intentioned in his desire to address a concern of great interest in his state, his proposal will do little to help increase the level of postsecondary educational attainment there.  As some have already observed, Cuomo’s true desire may be to position himself for a presidential run in 2020, rather than to help solve the college cost conundrum. 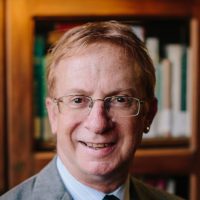 Donald E. Heller is Provost and Vice President of Academic Affairs at the University of San Francisco. The views expressed here are his own, and… See Archive