There is no question that racial, gender and income inequities in the United States hurt our nation economically, socially and morally.

Higher education can be a great equalizer, lifting the prospects of the poor, near poor and working class –but only if we hold the entire higher education sector and its cadre of reform advocates to dramatically higher standards.

We’ve been too satisfied, even self-congratulatory with small-scale programs that only serve a fraction of the student population and perpetuate a culture where helping all students succeed is someone else’s job. It’s not good enough.

If the demographic of the near future (and in many cases present) is majority minority, why are we satisfied with efforts that not only fail to move the college completion needle in reducing inequities but create a terribly inefficient, fractured cottage industry of niche programs, whose return on investment can be questionable?

Consider the very popular $14 million developmental education math programs Quantway and Statway, which are helping significantly more students pass remedial math and stay on course to earning degrees. (Statway and Quantway are programs initiated by the Carnegie Foundation for the Advancement of Teaching. The Carnegie Corporation of New York, a separate entity, is a funder of The Hechinger Report*.) While effective, the approach that accelerates math learning and ties it to students’ course of study and career is not used in every section. So, a college may have 20 sections of remedial math and use this accelerated program in only three of those sections. If a program improves math success, why would we only have it for a few lucky students and not all students? Surely the college cares what happens to students in the 17 other sections.

It’s almost as if students require a lotteryesque winning ticket to have a better shot at succeeding in college. What would it look like if colleges made a real commitment to scale a few, high impact, research-based programs?

Related: The realities of being black at one Texas university

Odessa College – a community college with a majority minority student body – is a great example. The results are profound.

All students deserve the best higher education has to offer and what is proven to work.

Over the past four years, every single disaggregated student group without exception (minorities, socioeconomically disadvantaged students, part-time and those in remedial courses) achieved record levels of success. OC has closed almost all gaps between underrepresented and underserved students and other groups when it comes to attending classes and completing the classes they start. Hispanic males, who historically were the lowest performing student group, improved to an all-time high of a 94.3 percent course retention rate and almost 74 percent success rate this past year.

It is remarkable for any college, but consider that five years ago OC was among three colleges the Texas legislature targeted for defunding. Students were dropping out of classes at double-digit rates and graduating at single-digit rates.

How did they do it? The college calls their approach “Design for Completion” or D4C. They aimed high and refused to do it piecemeal. OC’s president Dr. Greg Williams made clear the school’s mission is to become the top-rated community college in the nation as determined by student success and everyone had a role to play.

From administrators to faculty and support personnel, the school went “all in” to transform their approach to serving students and they did so within their existing budgets and without external grant funding. For example:

A “Drop Rate Improvement Program” keeps students in class by strengthening the instructor-student connection. Professors refer to each student by name from the first day of class. One-on-one meetings with each student are held early in the semester. Professors communicate clear expectations and share penalties for missed exams, late assignments, etc., but also express a willingness to be flexible when appropriate.

OC revamped course offerings and scheduling, changing from 16-week courses to 8-week courses to better fit the lifestyles of their students – predominantly minority, working-class, socio-economically disadvantaged individuals – many the first in their family to attend college.

OC’s student-centered culture is dedicated to meeting student needs, understanding barriers they face and how to overcome them. All staff on campus are mindful of the competition for students: the oil fields, truck driving and other lucrative jobs in the region compete for students’ time and attention. To compete, the college sets out to make higher education affordable, convenient and relevant.

Odessa’s example proves higher education can be the rising tide that lifts all student prospects, particularly those historically underserved. Other colleges can and are taking similar comprehensive approaches to connect with each and every student in ways that have never been done before. The methods and approaches used to accomplish this college-wide transformation in student success are low-cost and easily replicable.

As a diverse and young nation, the United States has a competitive edge over other countries with aging homogenous populations. But it’s an edge that depends on higher education to lift its sights and become accountable for significantly better outcomes. This will only happen when higher education leaders stop caving to pressures to protect programs and practices that don’t close gaps among students completing degrees.

It is time to ask whether higher education is part of our nation’s pernicious inequity problem, simply reproducing the current degree and income disparities versus creating a more prosperous, equitable future. All students deserve the best higher education has to offer and what is proven to work.

Brad C. Phillips is president and CEO of the Institute for Evidence-Based Change.

*Clarification: The article has been updated to reflect that Carnegie Foundation for the Advancement of Teaching is a separate entity from the Carnegie Corporation of New York. 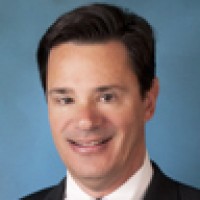 Brad C. Phillips is president and CEO of the Institute for Evidence-Based Change. See Archive