Once a year, a line of briefcase-wielding accountants in business suits files into an office at Texas Christian University.

They’re not there to check on income or expenditures. They’re auditing the admissions statistics.

Texas Christian’s dean of admission says it’s the nation’s only university to voluntarily have its admissions data—the number of applicants and their SAT scores, class rank, grade-point averages, and other measures—audited for accuracy. It’s done it for the last dozen years. And not just for show.

As consumers and the federal government push for greater transparency about such things as cost, average debt, and job-placement rates, major universities have been getting caught misrepresenting those and other numbers to improve the way they look to prospective students. 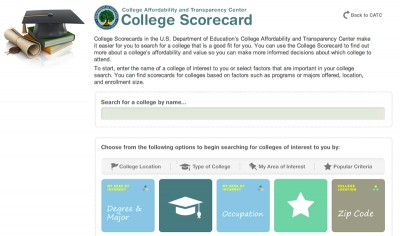 “We on the inside have a pretty good idea of who is reporting accurately and who is not. And quite a few schools appear to be cooking the books,” says Raymond Brown, Texas Christian’s dean of admission.

That dirty little secret has started to slip out as competition intensifies to attract top students and scale the all-important college rankings. In an admissions battleground on which universities grapple for any advantage, rising by just one number in the U.S. News & World Report rankings leads to a nearly 1 percent increase in applications, a 2011 study at the Harvard Business School found.

In the past year alone, six top colleges and universities have admitted falsifying information sent to the U.S. Department of Education, their own accrediting agencies, and U.S. News, whose college rankings remain the nation’s most prominent. Another was caught the year before. For many of the schools, the misrepresentations had gone on for years.

A senior administrator at Claremont McKenna College resigned after admitting that he falsified admissions test scores submitted to U.S. News and the U.S. Department of Education. For years Bucknell inflated the mean SAT scores of entering students by an average of 16 points, the university’s president has admitted. Tulane’s business school gave U.S. News false data about its number of applicants and inflated their average scores on admissions tests by 35 points.

Emory University misreported student data to U.S. News and other organizations that rank universities and colleges, school officials said, providing the much-higher SAT averages of students who applied and were admitted, rather than those who enrolled. It also inflated entering students’ class ranks. Two former admissions deans and other administrators were aware of the practice, according to the university.

George Washington University overstated the proportion of its entering freshmen who were in the top 10 percent of their high-school classes. And the law school at the University of Illinois was caught providing inaccurate admissions information to the American Bar Association, or ABA, which accredits law schools; the same thing happened in 2011 at the Villanova University School of Law.

Illinois’s law school was publicly censured and fined $250,000 by the ABA, and Villanova’s was placed on probation for two years.  Meanwhile, 15 other law schools have faced lawsuits for fraud, unfair competition, and false advertising for allegedly misreporting graduates’ job-placement rates by including part-time and temporary work and employment unrelated to law.

“These educational institutions have lost the benefit of the doubt, and I think that’s sad,” says Kyle McEntee, cofounder and director of Law School Transparency, which pushes law schools to provide accurate admissions and job-placement statistics.

So wide has the credibility gap become for law schools that the ABA and the Law School Admission Council responded this year by stepping in to check and certify law schools’ reported entrance-test scores and undergraduate grade-point averages.

But students and their families applying to other kinds of colleges and universities will have to rely on internal whistleblowers, who exposed all the other instances of falsifications over the last year. Except at Texas Christian, and, now, law schools, admissions statistics are not independently audited or certified. And beside bad publicity, the only penalty has been that schools discovered by U.S. News to have misreported data are “unranked” until the accuracy of their information can be confirmed in the following year.

Now the federal government has unveiled a new college-selection tool for families called the College Scorecard, lauded by President Barack Obama in his State of the Union address last month, and launched the next day, which streamlines and expands information about cost, graduation rates, average debt of graduates, and loan-default rates in a centralized, searchable government website. In spite of its government cachet, that information, too, is provided directly by universities and colleges themselves, and not certified or audited, and there’s no penalty for misreporting it, says Daren Briscoe, spokesman for the Education Department.

“I suppose if you’re super cynical you can think that a school might be nefarious enough to pump up their data,” he says. “We’re not taking a position that this is a perfect system. There are always opportunities for us to look at how things are working or not.”

Even if universities and colleges do correctly report the average loan debt of their students, there’s already a loophole in the College Scorecard they can take advantage of, university administrators say privately: It doesn’t require them to disclose the average debt of parents who also borrow to help their children pay tuition.

The bottom line is that students and their parents should resist the inclination to blindly believe information provided by even well-regarded universities and colleges, says Jane Shaw, president of the John W. Pope Center for Higher Education Policy.

“We do tend to revere professors and we revere the institutions where they teach, and I think that reverence is probably changing,” Shaw says.

A spinoff of the private education company Hobsons cashes in on this growing mistrust by providing an alternative to college and university admissions statistics. Called Naviance, it collects information from high schools about the qualifications of students admitted to particular colleges, allowing other applicants to measure themselves against those standards rather than relying on the data that admissions offices provide.

While Brown concedes that the number of universities and colleges caught misreporting data remains a tiny fraction of the total, he says the problem is considerably more widespread than that.