The plight of economically disadvantaged students and students of color in California is well documented.

The state’s students are placed into developmental coursework at very high levels – over 70 percent of new students at many colleges – and many of those students never get out.

In a recent article in The Hechinger Report, Brad Phillips wrote about the crushing social impact of higher education’s failure to serve those students who most need the social and economic benefits that can be provided through higher education.

Related: How one Texas community college helped lift prospects for all students

While we share Phillips’s concerns that access to new, evidence-based approaches to increasing student success are not yet broadly available, we would argue that there are reasonable grounds to believe that access at a much larger scale may be on the horizon.

Our Statway and Quantway programs, which Phillips mentions, may soon be more widely adopted. We have the good fortune to be working in several states in which the conditions are right for the spread of effective practices.

“There is not just one single barrier to success for underrepresented students, there are multiple problems in the system that inhibit success.”

Phillips describes how Odessa College has increased student success. Along with Phillips, we applaud Odessa’s work. Indeed, the approach that Odessa President Greg Williams and his colleagues took is in complete alignment with the core principles of improvement that the Carnegie Foundation for the Advancement of Teaching is striving to advance within the larger education community. Indeed the programmatic approach that he has pursued shares many of the same elements of Statway and Quantway.

There is not just one single barrier to success for underrepresented students, there are many problems in the system that inhibit success. Removing these barriers will require disciplined, coherent, and coordinated work at all levels and across departmental borders. This describes the range of actions within the Pathways program.

A number of things have changed in recent years. Many of the systemic problems that doomed students to multiple years in the developmental track have been addressed. The Carnegie Community College Pathways have proven to be successful – as have the Path2Stats and New Mathways Project from the UT-Austin’s Dana Center. The research in these areas is clear and positive (as are the evaluation results from these various reform efforts).

In recognition of the maturity and availability of a range of new solutions – including pathways in math and English – for students in basic skills courses, the most recent California state budget set aside $60 million to support the identification and implementation of evidence-based practices that improve equity of outcomes for traditionally underserved students in basic skills.

The funds have been allocated and the Community College System is about to open a Request for Proposal process that will award three-year grants to colleges to support implementation of new programs. This is explicit support to put into place those reforms that have evidence of effectiveness.

Related: Why are graduation rates at community colleges so low?

In the meantime, the University of California has approved Statway for permanent articulation for general education. The California State University has approved statistics pathways more broadly for articulation (including Path2Stat and New Mathways), but has extended the approval only as a pilot through 2019. While currently provisional, it is essential that these agreements be made permanent.

To this end, committees of math faculty hold the keys to the gateway blocking large scale implementation of critical reforms. We call on them to manifest the highest of standards of quality for these new approaches while remaining strong but flexible in their assessment of how those standards might be addressed.

California is in an interesting position right now. There has been movement to support the implementation of pathways approaches for developmental mathematics and English.

There has been an infusion of funding to support such research-validated approaches. If our math faculty can come into alignment with the major scholarly societies and approve alternate pathways to math mastery, there is an opportunity (and the resources) for many colleges to pursue strategies like those embedded in the Carnegie Pathways Program, which are similar to the bold Odessa initiative that Phillips rightly commends. 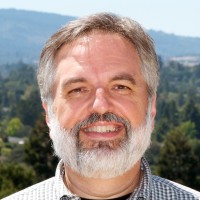