“It was an uphill climb from the start, but that was the point — to start the process to guarantee adequate and full funding for our students and their public schools,” Jonathan Compretta and Michael Rejebian, co-managers of 42 For Better Schools, the group that pushed for the amendment’s passage, said in a statement.

“The fight for our students is far from over,” Mississippi Association of Educators president Joyce Helmick said, noting that she was proud of the efforts of parents, clergy and business and community leaders. It was not clear yet what the next steps will be for supporters who spent months traversing the state rallying support.

Republicans and top GOP officials who had urged voters to reject the amendment, known as Initiative 42, called its defeat “the right decision’’ – one that came after they had insisted passing the measure would mean transferring control of the state budget from the legislature to a judge. On the campaign trail, Republican Gov. Phil Bryant – who was easily re-elected Tuesday – argued that passage would mean “the greatest transfer of political power in the state’s history.”

Initiative 42 called for directing over $200 million to public education during the 2016 fiscal year. Its supporters have maintained that the state legislature has shorted Mississippi’s schools by $1.7 billion since 2008. Last spring, Republican lawmakers placed an alternative question on the ballot, known as Initiative 42A – which essentially nullified 42 by asking voters to keep Mississippi’s school funding system as it is.

Educators were openly bitter about the confusion the second question created, along with the politics they blame for fostering the “fear and ignorance’’ that they believe led to the amendment’s failure.

“The defeat of Initiative 42 had very little to do with doing what’s right for children and for education. We missed the mark because of trickery. That ballot was so confusing. We failed our kids.”

Rhea William-Bishop, executive director of the Center for Education Innovation in Jackson

“The defeat of Initiative 42 had very little to do with doing what’s right for children and for education,” said Rhea Williams-Bishop, executive director of the Center for Education Innovation in Jackson and a staunch supporter of the amendment. “We missed the mark because of trickery. That ballot was so confusing. We failed our kids.”

Superintendents had hoped passage of the amendment would help repair crumbling buildings, buy buses, provide up-to-date textbooks, upgrade computers and give extra attention to kids who are behind in a state that posts some of the lowest test scores in the U.S.

If Initiative 42 had passed, funding would have been determined using the Mississippi Adequate Education Program(MAEP) formula, established as state law in 1997 as part of an effort to better fund public education and provide relief to districts in areas with weak local tax bases. The formula was written into law as a promise to public schools, but has been funded just twice in 18 years. The constitutional amendment would have given give teeth to the 1997 law, although it potentially could have faced further legal challenges.

Final vote tallies were not yet available Tuesday, but it appeared the measure itself passed by a large margin, while a second question that called for changing the state’s constitution fell short by about 25,000 votes.

“Of the approximately 640,000 Mississippi voters who cast ballots on Tuesday — one of the lowest turnouts in state history — only about 25,000 more people voted against the amendment than voted for it,” said the statement from Compretta and Rejebian of 42 For Better Schools. “So no matter who claims victory, our Legislature must now heed the call to do more to improve our public schools. Either that, or simply ignore the wishes of more than 300,000 of their citizens.”

Using the formula Initiative 42 calls for, more than $200 million more would have gone to public education during the 2016 fiscal year. By that formula, Mississippi schools have been shorted $1.7 billion since 2008.

Their statement noted that “the volatility and rancor on both sides of this issue over the past few months only underscores its importance and the need to continue working to make a difference,’’ and added that the two ballot initiatives made it more difficult for voters. “Did the Legislature’s alternative measure create the confusion they wanted to defeat 42? Of course it did. Would 42 have passed if the vote had been a straight-up yes or no decision without the alternative? Most likely.”

Former Secretary of State Dick Molpus, who supported the amendment, praised voters who were in favor of 42, and noted that they “are not going to disappear. They are ready to make this place a more civil, educated, humane, and inclusive place…we all need to remind ourselves that we have given our energies for what is noble and right.”

The push to boost funding to Mississippi’s schools follows efforts in an array of states; lawsuits have been filed in 46 states seeking improved school funding, according to Michael A. Rebell, executive director of the Campaign for Educational Equity. Most states have been hit with multiple lawsuits, and in some — including Texas, California and Florida — disputes have extended for a decade or more.

Nevada, Utah, Hawaii and Delaware are the only states that have not had school funding lawsuits filed, according to the Campaign for Educational Equity, housed at Teachers College, Columbia University. (The Hechinger Report is an independently funded unit of Teachers College)

Mississippi previously had a lawsuit filed by former Gov. Ronnie Musgrove that tried to push the legislature to retroactively fund schools. That case was unsuccessful, in part because the state’s existing constitutional language did not provide public school students with a guarantee of adequate or equitable funding.

This story was produced by The Hechinger Report, a nonprofit, independent news organization focused on inequality and innovation in education. Read more about Mississippi. 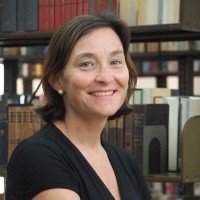 Monique Harrison-Henderson has more than 20 years of experience writing about, studying and teaching about U.S. public education. An award-winning writer, she has served as… See Archive