The role of standardized tests is one of the most contentious subjects in public education. And while many people oppose high-stakes testing, few offer concrete proposals for other ways of measuring student progress. But for more than 20 years, schools in the New York Performance Standards Consortium have quietly demonstrated an alternative.

While most New York students must pass state exams in five subjects to graduate, the consortium’s 38 schools have a state waiver allowing their students to earn a diploma by passing just one exam: comprehensive English. (An additional nine schools have a partial waiver.) Instead, in all subjects including English, the students must demonstrate skill mastery in practical terms. They design experiments, make presentations, write reports and defend their work to outside experts.

Getting a waiver is not easy. The number the state grants is limited, and the alternative methods of assessing students can mean far more work for teachers. The schools’ funding is not affected.

Proponents say the alternative system is worth the effort because it engages students and encourages them to think creatively. They also point to data. According to the consortium, 77 percent of its students who started high school in the fall of 2010 graduated in four years, versus 68 percent for all New York City students.

Of consortium students who were high school freshmen in 2008, 82 percent graduated by 2014, compared with 73 percent citywide. (All but two of the consortium schools are in the city, versus elsewhere in New York state. One in Rochester brings up the consortium’s rate slightly.)

The Hechinger Report asked Ann Cook, the consortium’s executive director, to explain its method of student assessment. Cook previously served as co-founder and co-leader of one of the consortium schools, Urban Academy Laboratory High School in New York City.

Question: What are your schools, and how do they work?

Answer: The schools are New York state public high schools. They range from schools working with kids who are academically challenged to [students who] are very academically oriented.

“You stand a better chance of motivating kids if you can tailor things to their interests. That doesn’t mean dumbing down.”

In the major subjects –– English, social studies, math and science –– there are tasks students must complete and requirements for how the work is looked at. The students learn things they can apply [to] whatever the topic might be. So in social studies, they might be experts on the history of the civil rights movement or the role of parties in American politics. They might not know too much about the War of 1812, but they would know how to go about finding out about it if somebody asked.

Very often the students have had a say in what the topics are. Teachers have the opportunity to use their subject knowledge and shape curriculum that meets the standards in a way that is interesting and appealing.

Students present their work starting in ninth grade or 10th grade. By the time they get to their senior year [and must complete performance tasks required for graduation], many of them [present] extremely sophisticated papers. Outsiders sit in on the presentations, so they’re pretty rigorous.

Q: What kind of results have you had?

A: We graduate double the number of English language learners, double the number of special education kids. … We’ve tracked [our graduates] into their third semester of college. These kids were doing 10- and 15-page papers for years. Writing a paper when they get to college is a no brainer. I think [our students] just have much stronger preparation.

We have five schools that are all English language learners. In these schools we don’t have a lot of directed teaching. You try more discussion. The kids do oral presentations. By the time they graduate, their English is really strong.

Q: What about math?

A: Urban Academy is a transfer school [for students who did not succeed in their regular high school]…. They’ve had algebra, but their math understanding is appalling, and many have a real aversion to math….

71 percent of English language learners in New York Performance Standards Consortium schools graduated on time in 2015, versus 37 percent across New York City, where all but two of the consortium schools are located.

We’re introducing different kinds of math curricula. Students have a basic computational understanding, but they also have logic exercises and a project they have to be able to explain.

In science, the students design experiments, carry them out, write them up, have those papers read by committees and defend them orally. I was at a presentation, and kids were presenting things about attitudes toward race. We had a kid who was a dropout and came back to school. He was a skateboarder, and his science proficiency [task] was on the kinds of wheels that give the best friction and traction.

If teachers raise questions in ways that kids can grab onto, they’ll come up with issues that they’re interested in. You stand a better chance of motivating kids if you can tailor things to their interests. That doesn’t mean dumbing down.

Q: Are there similar efforts outside New York state?

A: All over the country, there are teachers who are interested in doing something different. The problem is that the federal government has put all of its eggs in the testing basket and links dollars to it. If you were to get rid of the requirements states are under, more innovative efforts could come forward. 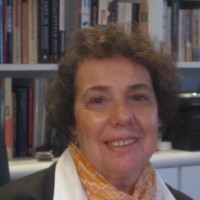 Gail Robinson is a writer who specializes in education and other public policy issues. Based in New York City, she also is an adjunct professor… See Archive