LOS ANGELES — Teachers are demanding more counselors and mental health support to better meet the needs of students, with Oakland’s educators becoming the latest to join in the red wave of those striking for better conditions.

Here in California, many counselors are responsible for supporting more than 1,000 students each, and this is quadruple the ratio recommended by the American School Counselors Association. In Los Angeles, teachers launched a historic strike in January, in part because 80 percent of elementary schools do not have a full-time nurse.

Why don’t schools hire more counselors? A report out today from my organization, the ACLU, shows that schools are indeed hiring: police officers. Instead of spending their money on a long-proven solution, counseling, they are putting their resources into enforcement and discipline, even though there’s little evidence that these measures keep students safe, much less improve their emotional well-being. When educators fail to address students’ record levels of depression, anxiety and trauma, schools become a conduit into the justice system, and then into prisons, instead of to a better life.

The U.S. Department of Education, for the first time in history, recently required every public school to report the number of social workers, nurses and psychologists employed. Our study is the first to analyze and compare some of this data at the state and national levels. We found that more than 90 percent of the 93,000 public schools in our analysis failed to meet professionally recommended student-to-staff ratios in the 2015-16 school year.

The nation­al student-to-counselor ratio was 444:1. This suggests counselors are seriously over­worked, with student caseloads 78 percent greater than what is recommended by experts. Arizona (758-to-1), Michigan (693-to-1) and California (682- to-1) had the highest ratios, leading the nation on this discouraging metric.

“Why don’t schools hire more counselors? A report out today from my organization, the ACLU, shows that schools are indeed hiring: police officers.”

The National Association of School Psychologists recommends a ratio of 500-700 stu­dents per school psychologist. Our analysis of federal data found a national average of 1,526 students per psychologist. We found that more than 19 million students — 43 percent of all U.S. public school students — were enrolled in schools that failed to employ a single psychologist.

Despite the shortage of support staff, many schools are prioritizing law enforcement over the mental health of students. Within six months of the school shooting in Parkland, Florida, more than $1 billion was added to school security budgets by state legislatures, with much of that funding for school police.

Our study also analyzed federal data related to school police to better understand this trend. Back in 1975, only 1 percent of schools were patrolled by police officers. Our report found that in some states over 65 percent of schools now have law enforcement officers in schools. This is problematic because there is no conclusive evidence suggesting that school-policing measures make schools — or students — safer.

A 2018 study reviewing the impact of federal grants for school police on 2.5 million students in Texas found a 6 percent increase in middle school discipline rates, a 2.5 percent decrease in high school graduation rates and a 4 percent decrease in college enrollment rates. Consider these harms in light of some of our study’s most important findings:

These numbers epitomize what advocates refer to as the school-to-prison-pipeline. Many schools are set up in ways that increase a student’s likelihood of entering the criminal justice system. Over-policed schools lead to 5-year-olds being charged with assault after throwing temper tantrums. Over 290,000 school arrests and referrals to law enforcement were reported by schools in the 2015-16 school year.

Our report found a troubling trend with referrals to law enforcement increasing by 17 percent nationwide. California alone saw a jump from 19,000 to 28,000 law enforcement referrals between 2013-14 and 2015-16. Our report also found that students of color and students with disabilities face police involvement and school arrests at disproportionate rates. For example:

How we prepare for and respond to children in need of support are choices, and research is clear that providing more counselors and mental health professionals is the best approach. Despite the Trump administration’s message following the tragic school shootings in 2018, there is no “crisis” in student behavior. Instead, there is a crisis of priorities leading to staff shortages and overcriminalization. Striking teachers also need better pay and working conditions. But the lack of counselors, social workers, nurses and psychologists coupled with the rise in school police has created a school environment that neglects our students’ needs. Schools, districts and states have to take student welfare more seriously.

This story about the guidance gap was produced by The Hechinger Report, a nonprofit, independent news organization focused on inequality and innovation in education. Sign up for our newsletter.

Amir Whitaker is a staff attorney with the American Civil Liberties Union of Southern California, where he is responsible for legislation focused on education equity and funding. 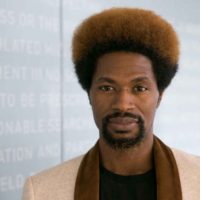 Amir Whitaker is a staff attorney with the American Civil Liberties Union of Southern California, where he is responsible for legislation focused on education equity… See Archive