Today, students from all backgrounds are choosing to go to college, and many borrow money to make that possible.

While education debt is of genuine concern for a wide range of students and families, the broad-brush narrative of student debt in this country ignores sharp differences in borrowing across racial and ethnic groups.

As a nation, we should be very concerned that African Americans carry a disproportionate amount of higher-education debt. This unprecedented and unequal level of student debt among black students threatens the role of higher education in improving the lives of individuals and communities.

Related: Tangled up in debt

Consider the following statistics. The American Council on Education’s recent study on race and ethnicity in higher education found about 30 percent of all 2015–16 bachelor’s degree recipients graduated without debt, but only 14 percent of African-American graduates managed this. About one-third of African-American bachelor’s degree recipients accumulated $40,000 or more in debt, compared with 18 percent overall and 13 percent of Hispanic graduates. The pattern among recipients of associate degrees and certificates is similar.

Black students who earn bachelor’s degrees are more likely than members of other racial and ethnic groups to continue on to graduate school. While this is encouraging, only 19 percent of African-American master’s degree recipients completed their degrees without borrowing, with 16 percent borrowing $75,000 or more. By contrast, 43 percent of white master’s degree recipients avoided borrowing altogether, and only 7 percent borrowed $75,000 or more for their graduate studies.

One factor contributing to the differences in debt levels is that African-American students disproportionately enroll in for-profit institutions rather than public and private nonprofit colleges and universities, where debt levels are lower. In 2015–16, nearly 16 percent of African-American bachelor’s degree recipients earned their degrees in the for-profit sector, compared with 12 percent of Hispanic and 7 percent each of white and Asian graduates.

Perhaps more concerning, in 2015–16, half of all black doctoral students attended for-profit institutions, which enrolled just 17 percent of all doctoral students nationwide — and 80 percent borrowed an average of $109,000 for their degrees.

Related: Overwhelmed by student debt, many low-income students drop out

A variety of factors contribute to the disproportionately high levels of debt among black students. Racially segregated schooling, limited access to rigorous pre-college curricula, poor college counseling, and other societal and historical forces all contribute to inequities in college access and outcomes for students of color, particularly African Americans. On average, black adults earn less than others, even those with the same levels of education, making any level of debt more difficult to repay. Wide gaps in home ownership and overall wealth disparities between African Americans and other groups only exacerbate these conditions.

Providing strong K-12 education, guidance in choosing postsecondary paths, increases in need-based grants and stronger support once students are in college — including both academic and social supports, as well as financial assistance for unanticipated expenses — have the potential to mitigate some of the barriers facing African-American students.

The educational barriers facing communities of color, and black students in particular, are rooted in longstanding systemic conditions. While eliminating such barriers requires intense, wide-ranging efforts over time, educators and policymakers must find solutions to reduce black student debt. Making this a priority will go a long way in ensuring that the power of higher education is fully realized.

This story about inequality in student debt was produced by The Hechinger Report, a nonprofit, independent news organization focused on inequality and innovation in education. Sign up for our newsletter.

Lorelle Espinosa is vice president for research at the American Council on Education.

Sandy Baum is a non-resident fellow in the Center on Education Data and Policy at the Urban Institute and professor emerita of economics at Skidmore College. 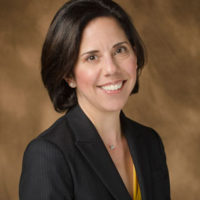 Lorelle Espinosa is Vice President for research at the American Council on Education. See Archive 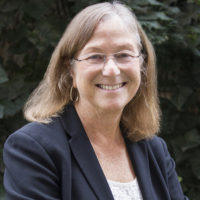