Can members of the ethnic minority that comprises the largest Asian-American group in Wisconsin feel truly included on the state’s flagship campus at the University of Wisconsin-Madison?

Perhaps. But participants in our study, “Our HMoob American College Paj Ntaub,” say they do not feel that way yet.

Our study documents some of the ways that the historical processes of colonization and displacement are reproduced in the United States, specifically through the education system.

On the surface, the purpose of higher education is to support all students in their growth academically, socially and economically. Unfortunately, minoritized students, such as HMoob Americans (commonly spelled “Hmong Americans”), often experience marginalization and exclusion at their institutions of higher education.

Related: How one little-known minority group illustrates a looming problem for colleges

The Anglicized spelling of the HMoob ethnonym is “Hmong.” But our research team, comprised of HMoob-American college students and education researchers, uses the spelling “HMoob” to challenge the colonial history of this ethnic group that originated in southern China. The capitalization of the “m” is deliberate, to be inclusive of the linguistic and cultural diversity in HMoob communities, and we use “-oob” rather than “-ong” to follow the Hmong Romanized Popular Alphabet, which we feel best represents what HMoob people call themselves in their native tongue.

In the mid-19th century, the HMoob faced extreme political displacement that pushed them south into Laos, Thailand, Vietnam and Burma. During the mid-1970s, they experienced a second forced migration to Thailand as refugees following the CIA’s covert operations in Laos and during the Vietnam War. Following their entry into refugee camps in Thailand, many HMoob refugees were resettled into third countries, including the United States. There are approximately 260,000 first- and second-generation HMoob Americans currently living in America; the three states with the largest populations are California (90,000), Minnesota (60,000) and Wisconsin (50,000).

While some may argue that this minoritized group isn’t large enough to warrant national attention, we contend that understanding the experiences of HMoob students in particular matters because their community’s history is also the U.S. history of violent and destructive military interventions in Southeast Asia and its subsequent refugee outcomes. Moreover, we argue that our work provides a case study of how public universities must do more — and better — to serve minoritized students who often come from communities with histories of marginalization and exclusion.

“White people have a place all over this campus … [but] I don’t think [UW] Madison is welcoming to any student of color … Do we have welcoming spaces? Yes. Welcoming people? Yes. But as a whole? No.” — a study participant

Our study examined the educational experiences of HMoob-American students, and found that their experiences are influenced and organized into spaces of belonging and exclusion, and that this geography of campus had consequences for students’ well-being, career development and educational attainment.

As one study participant put it: “White people have a place all over this campus … [but] I don’t think [UW] Madison is welcoming to any student of color … Do we have welcoming spaces? Yes. Welcoming people? Yes. But as a whole? No.” His words illustrate a major finding of our research.

Our findings are based on in-depth interviews and observations with approximately 10 percent of these students at UW-Madison, 27 participants total.

Our study used a community-based participatory action research framework, involving a collaboration between a group of HMoob-American student activists and their research mentors from the Center for Research on College-Workforce Transitions at the Wisconsin Center for Education Research to develop and conduct this study.

Our future research will expand on our sample and focus more on how college experiences impact HMoob-American career trajectories — but our preliminary findings indicate some troubling patterns that we highlight in this piece.

Related: My family fled the Vietnam War, could I preserve their culture and my GPA?

Our study found a strong contradiction between the laudable values of inclusion and diversity, which public universities like UW-Madison foreground in their mission statements, and the marginalization, exclusion and invisibility that students of color experience in their daily lives on campus. UW-Madison strongly advocates for diversity and inclusion through its diversity framework that, among other things, attempts to attract students of color to campus through the promise of the iconic “Badger Experience” — making friends in the dorms, attending Badger football games and spending nights at the union.

However, upon attending the university, the “Badger Experience” for so-called HMoob-American students does not match what is advertised. Rather, our research demonstrates that these students feel a sense of exclusion at UW-Madison. Participants described experiencing macro- and/or micro-aggressions on campus that related to the ways in which UW-Madison’s campus is racially segregated, both spatially and institutionally. Participants reported feeling unwelcome in certain schools, buildings and professional student organizations, many of which are viewed as emblematic of the “Badger Experience.” This finding has significant implications for the students’ academic majors, future career plans and professional social networks.

At UW-Madison, our student participants are seen as Asians by their peers and categorized by the university as a “targeted minority” under the sub-group of “Southeast Asians.” Many of our student participants reported feeling disappointed by the lack of knowledge on campus about the group’s culture and history, and upset by the ways that members of this minority group are portrayed within mainstream (non-ethnic studies) courses.

Participants explained that they are often made responsible for educating their peers and teachers on who this group is because many know very little or nothing about this group. When HMoob history or culture is included in mainstream courses, participants typically report that it is done in overly simplistic and/or offensive ways due to framing the group solely through the lens of U.S. Cold War history.

In contrast, the spaces that participants stated they felt most welcome were student support programs, race-specific student organizations and HMoob-specific classes. These classes included Asian-American ethnic studies courses that pertained to HMoob culture and history, as well as language courses.

These classes were seen as spaces of inclusion and belonging in which participants reported having positive experiences and developing an affirmative ethnic identity. We also found that the participants who had not taken any of these courses expressed an interest in taking them, but found it difficult to fit them into their schedules due to inflexibility in course requirements (e.g., some STEM majors). Despite participants’ high praise of HMoob studies courses, many also expressed disappointment in the limited number of courses offered and a desire for courses to be offered with greater consistency.

UW-Madison prides itself on being an inclusive and welcoming space for all students, as foregrounded in its mission statement and highlighted in the current diversity framework. Yet, our research demonstrates that these students remain institutionally invisible and face various forms of racism and racial segregation on campus. Therefore, we concur with other scholars who have suggested that the diversity framework emphasizing integration across racial and cultural lines overlooks racial inequities. While the diversity framework celebrates social differences, it does not adequately address the racial inequities faced by many of these students at UW-Madison.

Furthermore, our research supports the role of ethnic studies in education as a means to promote positive ethnic identities and cross-cultural awareness. Finally, this work highlights the possibilities of conducting community-based research with minoritized students as a way to address the needs of their communities, foster spaces of social justice and facilitate important discussions about race, racism, diversity and inclusion.

This story about HMoob-American students was produced by The Hechinger Report, a nonprofit, independent news organization focused on inequality and innovation in education. Sign up for our newsletter.

Matthew Wolfgram is senior researcher at the Center for Research on College-Workforce Transitions at the Wisconsin Center for Education Research. He holds a Ph.D. in anthropology.

Bailey Smolarek is an associate researcher at the Wisconsin Center for Education Research and holds a Ph.D in curriculum and instruction. 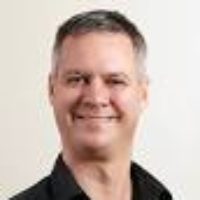 Matthew Wolfgram is senior researcher at the Center for College-Workforce Transitions at the Wisconsin Center for Education Research. He holds a Ph.D. in anthropology. See Archive 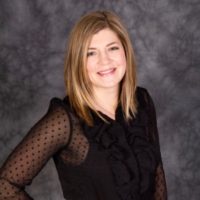 Bailey Smolarek is an associate researcher at the Wisconsin Center for Education Research and holds a Ph.D in curriculum and instruction. See Archive