Many Democratic candidates for U.S. president have used public charter schools as a punching bag over the past several months.

U.S. Senators Elizabeth Warren and Bernie Sanders, in particular, have called for ending federal funding for new public charter schools. Warren even went so far as to say that parents should “do more” if they’re not satisfied with their kids’ traditional public schools, rather than exercise their right to choose the best schools for their kids.

“[I]t pains me to know that my candidate for president could have such a fundamentally flawed understanding of how parent choice has been a lifeline for so many families.”

As a parent of two public charter school students in Newark, New Jersey, I am disappointed. I’m a proud Democrat, and I’ll be voting for the party’s nominee in the general election this November. But as a charter school parent, it pains me to know that my candidate for president could have such a fundamentally flawed understanding of how parent choice has been a lifeline for so many families.

Related: An urban charter school achieves a fivefold increase in the percentage of its black and Latino graduates who major in STEM

Newark has changed a lot since I was a kid growing up in the Brick City. When I was young, my parents had to worry about my safety as I walked to and from school. Many of my peers in high school ended up pregnant or in the justice system, and teachers seemed convinced that all of us would end up in some form of trouble.

My parents ended up transferring me to a local Catholic school — though they weren’t Catholic — because they wanted something better for me. They sacrificed a lot to ensure we could afford the tuition.

Their willingness to sacrifice for me was my guiding light when I became a parent. Circumstances brought me back to Newark to raise my sons, Ibrahim and Idris. While a lot of things have improved since I was a kid, Newark still has far too few high-quality public schools. I was concerned about what kind of future my sons would have if they ended up at one of our neighborhood public schools.

Fortunately, public charter schools — which weren’t an option for my parents when I was growing up — have been a game-changer for many Newark families. My sons attend Uncommon Schools’ North Star Academy, and we’ve experienced this firsthand.

As a charter school parent, when my son Ibrahim started at North Star, I noticed the difference in the school’s approach to academics immediately. He was required to read every night, and he had homework every day of the week — but it wasn’t busywork. North Star focused on building his critical-thinking skills. I also noticed the light in his eyes when he put on his uniform. I could see the pride in his face. He felt like attending this school was a privilege.

My younger son Idris’s education has blown my mind. He’s only in kindergarten and he’s already reading on the same grade-level as some of my friends’ children who are third-graders. His math skills are amazing. He is solving word problems that I didn’t encounter until at least the third grade!

That’s probably why charters are popular in Newark; a recent poll showed that 63 percent of Newarkers agreed that charters are an important part of the city’s public-school landscape.

I wish the Democratic presidential candidates would think about kids in cities like Newark before issuing policy proposals that would cripple the schools that so many parents depend on.

Joe Biden enjoys broad support from black voters due to his years serving as Vice President under President Barack Obama — yet he opposes schools that millions of black families have benefited from.

The Democratic candidates need to revisit these positions to ensure they are consistent with their values and to do right by families like mine.

This story about charter schools and the 2020 U.S. presidential election was produced by The Hechinger Report, a nonprofit, independent news organization focused on inequality and innovation in education. Sign up for our newsletter.

Jasmine Morrison is a parent-activist from Newark, New Jersey. She has two sons, Ibrahim and Idris. 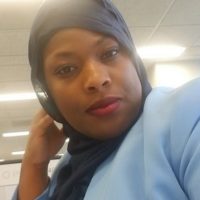 Jasmine Morrison is a parent activist from Newark, New Jersey. She has two sons - Ibrahim and Idris. See Archive