Students from under-resourced backgrounds face a unique set of challenges — and solutions — and New York’s vulnerable students are no exception.

A recent article in The Hechinger Report detailed the Educational Opportunity Programs that “have shown that a carefully structured combination of demanding academics and intensive supports can launch vulnerable students to success during their first year in college,” with these students graduating at higher rates than their peers.

University systems looking to start effective first-year programs for vulnerable students would do well to look at New York’s example. One of the oldest and largest of such programs in the United States, the State University of New York’s Educational Opportunity Program (EOP) draws students from impoverished urban centers and small, rural upstate New York communities. Many are the first in their families to attend college. Most graduate. Their stories are often the most compelling we hear about why college matters.

The program serves some of the highest-need students, a majority of whom come from households with an annual income of $25,000 or less. Of the SUNY EOP students who begin their freshman year, 82.2 percent return for their sophomore year, a figure that is in keeping with national averages for all students, and which exceeds the retention rate for non-EOP students at SUNY. The EOP six-year graduation rate is 73 percent, which is higher than the national average.

Admission to EOP is based on factors that go deeper than grades or SAT scores, both of which tend to be lower than average for EOP applicants, but which are not the only measures of college potential. Once in the program, EOP students receive financial aid as well as abundant academic support, mentoring and counseling, which typically start the summer before their first semester.

Graduates of the program go on to become educators, healthcare professionals, labor leaders, entrepreneurs and lawmakers. Sunny Hostin, co-host of ABC’s The View talk show, is an EOP graduate. So are Latoya Joyner and Latrice Walker, both members of the New York State Assembly.

University systems looking to start effective first-year programs for vulnerable students would do well to look at New York’s example.

EOP graduates make lasting contributions to the state; more than 75,000 students have graduated from SUNY EOP in its 52 years, and 72 percent of those graduates are still employed in New York.

We have gotten to know many of these students well over the years, when they show up by the hundreds each legislative session to advocate for state funding for this proven path to a college degree. EOP students are outspoken, determined and deeply proud of their identities as members of this very select group at SUNY.

Despite EOP’s proven value, it faces challenges. This year, our union — the United University Professions — is seeking $5.3 million in state funding in the upcoming SUNY budget for EOP, and we know that the program really needs more than that $5.3 million. EOP is not able to expand the number of SUNY students it serves, because as the cost of college has risen, campuses cannot stretch their available EOP funds to accommodate any more students.

Related: Why are low income students not showing up to college, even though they have been accepted?

We expect that EOP will figure strongly in our upcoming advocacy efforts for public higher education funding in the next state budget. Carl Heastie, speaker of the New York State Assembly, is a former EOP counselor at SUNY’s Stony Brook University, and he always makes EOP funding a priority.

In the past 18 months, New York has continued to expand its educational access programs. In addition to the Excelsior Scholarship, begun by Gov. Andrew Cuomo to allow qualifying applicants to attend a New York state public college or university tuition-free, the state legislature late last year passed the José Peralta New York State DREAM Act, to allow students who came to the United States as undocumented immigrant children to receive state financial aid for college.

The act is named for state Senator José Peralta, who championed this affirmation of New York as a place that welcomes immigrants, and which recognizes that their journey to this country is often fraught, dangerous and courageous. Peralta died of leukemia at the age of 47 last November. Gov. Cuomo is expected to sign this bill.

The nation can learn a lot from New York’s long history of helping vulnerable students to thrive. This year, with a Democratic majority in New York’s Senate for the first time in many years, EOP stands a strong chance of receiving the funding it deserves.

This story about college completion and retention was produced by The Hechinger Report, a nonprofit, independent news organization focused on inequality and innovation in education. Sign up for our newsletter.

Frederick E. Kowal is the president of United University Professions in Albany, New York, the union that represents the faculty and staff at 29 State University of New York campuses, including the three SUNY teaching hospitals and a health sciences center. 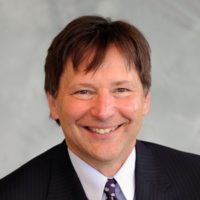 Frederick E. Kowal is the president of United University Professions in Albany New York, the union which represents the faculty and staff at 29 State… See Archive