As someone who has researched school segregation and interviewed hundreds of white parents, I know that one of the biggest barriers to achieving meaningful integration in public education is how the most politically powerful parents in any school system — usually many of the white parents — come to understand what the “good” schools are and what is “best” for their children.

As a former public school parent and a white woman with a white son who performs well on the metrics that get students into the most selective public schools, I know the peer pressure that white parents feel to get their children into these high-status schools. I remember another white parent, when she learned that my son was not going to the most selective, predominantly white middle school in our district, looking at me in disbelief and saying, “I thought he had high tests scores?”

Yes, he did have high test scores and, yes, he most likely would have been accepted to the selective middle school, which many of his friends’ parents were determined to get their children into. But he did not want to go to that school.

He thought the students there looked bored when he toured it. I did not want him to go there either, because he was a sensitive kid who needed a school with a strong sense of community and care, which that school lacked. We were both upset by the almost completely white student body in this selective school located in the center of a racially and ethnically diverse community school district.

Really, the only reason to send him there would have been because it would give him — and, by default, his parents — a sense of status and prestige. This school had the highest test scores in the district, my son noted, because it only accepted the students with the highest test scores. In his middle school mind, being selective in and of itself did not make a school “good.” He had higher standards for a school than that. Too bad more white parents do not see it that way.

New York City has become the poster child of intense racial segregation, but the issues here are not unique to the Big Apple, nor is the challenge of implementing solutions. The New York City Mayor’s School Diversity Advisory Group has released its preliminary report outlining next steps for the city’s Department of Education to lessen chronic racial and social-class segregation in the public schools. This Advisory Group, of which I am a member, laid out reachable goals to address equal access and resources, school accountability for diversity, and new teaching strategies to ensure that all students feel valued and affirmed.

One of the most pivotal factors in how far these recommendations can go in New York and elsewhere is the amount of support that such plans receive from public school parents. In particular, white parents too often say they want integration while simultaneously opting out of diverse schools in favor of those that are more selective, of higher status among their peers, and predominantly white and/or Asian.

Thus, as white parents navigate the shifting terrain of school choice and enrollment, they need to understand that having one’s child at the top of a rigid and segregated hierarchy of schools is not always the best parenting decision, on several levels. Taking a deep breath and paying less attention to what other white parents say and more attention to your children and their teachers will enable you to make choices that can not only better fit their learning styles, but also do more to make our public school system more integrated and better.

Cutting-edge research in brain science and education tells us that students learn better and deeper when their ways of knowing a topic are challenged by those who have different life experiences and worldviews. A recent report on learning by the National Academies of Sciences, Engineering, and Medicine demonstrates that the culture of our families and communities plays a major role in how we learn.

This means that in many instances there is not a single right or wrong way of understanding a concept or interpreting a work of literature. We understand things in slightly different ways because of our histories and backgrounds. Having your children exposed to these different ways of knowing prepares them for a world of cultural complexity and constant uncertainty.

Indeed, for the first 175 years of public education in the United States, the “right” answers to most questions have been normed around white and mostly northern European culture. In the last 30 years, we have codified these culturally specific ways of knowing in high-stakes standardized tests that Asian students also tend to perform well on, particularly in math.

Taking a deep breath and paying less attention to what other white parents say and more attention to your child and their teachers will enable you to make choices that can not only better fit their learning style, but also do more to make our public school system more integrated and better.

The result is that we consistently sort and select students based on their cultural histories, ways of knowing and prior opportunities to learn. This racial hierarchy becomes so ingrained that even when schools enrolling mostly black and Latino students have high test scores, we still see them as “bad” schools.

In fact, in a study we conducted on Long Island, we found that the race of the students in the school system affected property values of otherwise identical houses in districts with the same test score data by as much as $50,000. In other words, the perception of “good” schools is too often about the perception of race, even when black and Latino students perform well on tests normed toward white students.

And still, despite this evidence and the call for more integration, many white parents continue to derive status and honor from one another when their children are selected into predominantly white or Asian schools regardless of the climate or characteristics of these schools. As the viral video of a parent meeting on the Upper West Side of Manhattan last year demonstrated, white parents can become very angry when the admissions policies to these schools change.

Too often the parents live vicariously through their children, and thus feel “gifted” or elite themselves when their children are admitted to selective schools. But the fact is that children usually want to be in schools where they feel emotionally safe and cared for by the adults and other children at the same time that they are engaged and challenged to think more deeply about complex issues than the possible answers on a multiple-choice test. As the rich evidence in the National Academies Report demonstrates, students learn best in these settings, even if they’re not the schools with the highest test scores or the most white and affluent students. In fact, it’s the latter schools that often have high rates of anxiety, cheating, drug and alcohol abuse and bullying.

It can be difficult for some parents to choose a more nurturing school for their child if it does not confer status and approval from their family, friends and acquaintances. But until more white parents make those choices, the hierarchy and the racial segregation will remain. While the NYC Mayor’s Advisory Group’s sage advice to rate schools based on diversity as well as test scores is a solid first step to address these race-based perceptions of “good” schools, white parents must also listen to their children and their hearts before saying they support integration while choosing segregation.

This story about New York City public-school segregation was produced by The Hechinger Report, a nonprofit, independent news organization focused on inequality and innovation in education. Sign up for Hechinger’s newsletter.

Amy Stuart Wells is the current president of the American Educational Research Association and a professor of sociology and education at Teachers College, Columbia University, where she directs Reimagining Education: Teaching and Learning in Racially Diverse Schools. 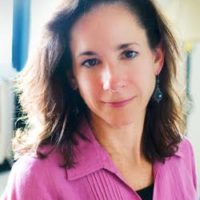 Amy Stuart Wells is the current President of the American Educational Research Association and a professor of Sociology and Education at Teachers College, Columbia University,… See Archive

Thank you for this piece. It's a great starting point to the conversation with other white parents. In my experience, broaching the conversation of school choice with white parents in my hometown of Portland, Oregon is more controversial than talking about abortion, gun rights, and the housing crisis all wrapped in one. This piece centers the perspectives and actions of white parents and white students and that does help white folks see that segregation is still real and not actually serving our kids. Another level of the conversation would be to acknowledge that our school "choices" are really just us upholding basic values of white supremacy and the Jim Crow era. Who needs laws that segregate us when we are willing to do it all by ourselves? I appreciate the focus on white student outcomes in racially diverse schools as an attempt to show that white parent decisions aren't really about education success but about status and upholding our perceived power and influence. That is real and needs further discussion. Part two of this article should further delve into the real need for equity versus a focus on diversity and integration. Except for the title, the issue of equity for our students of color was left silent here giving the impression that a diversity metric and achieving equity are the same things. Thank you for taking on the issues of race in our education system!