When my colleagues found out that my husband, an elementary school teacher, had asked me to join his school for Career Day, they were incredulous.

“You’re going to talk to 7-year-olds about being an Alzheimer’s advocate?” one asked.

I understood the suspicion.

As the millions of Americans touched by Alzheimer’s will tell you, it is a serious, complicated, and often tragic subject for families, one that never makes it into the pages of Highlights Magazine or the storylines on Nick Jr.

But there is a critical need to bring Alzheimer’s and brain health out of the shadows for individuals of all ages through health promotion and education efforts, particularly in communities of color: according to a new report from the Centers for Disease Control (CDC) death rates from Alzheimer’s increased 107 percent for Latinos and 99 percent for African Americans between 1999 and 2014, compared with 54 percent for non-Hispanic whites during the same period.

And so, armed with a plastic brain, a bowl of blueberries, and a hint of trepidation, I crossed the river to visit the Achievement Prep Academy, a public charter school in Washington’s Southeast quadrant.

Related: Why is it so hard to stop suspending kindergarteners?

I set up a table in the gym, and, over the course of the morning, groups of 4 to 8 year olds in grades K-3 stopped by to examine my interesting choice of work. The model brain was a hit. Most started the conversation by asking “Is this a real brain?”

“We have yet to see a robust national brain health effort with the same energy and star power as former First Lady Michelle Obama’s “Let’s Move” campaign.”

But the most piercing question came from a young man in the third grade. “Can your brain get sick?” he asked. To help answer, I showed him the hippocampus, the part of the brain where memories are first formed and where Alzheimer’s takes hold. I talked about the links between diet, exercise, and brain health. The bowl of blueberries helped.

I wasn’t surprised by the puzzled look on his face. Despite Alzheimer’s growing toll on our nation, many Americans know very little about the fatal disease, particularly in Latino and African American households. African Americans are twice as likely and Latinos are 1.5 times more likely than whites to develop Alzheimer’s.

Yet these communities are less likely to recognize the disease’s symptoms or to receive a diagnosis from a physician. Stigma, limited access to preventative healthcare, and a history of exclusion from research opportunities have allowed Alzheimer’s to thrive in Latino and African American communities, with dire consequences.

Related: Column Even a child can see the hypocrisy in Trump’s environmental plan

Alarmingly, our public health community hasn’t rallied around brain health in the same way it has around heart disease, diabetes, and obesity. We have yet to see a robust national brain health effort with the same energy and star power as former First Lady Michelle Obama’s “Let’s Move” campaign or the rapid response that accompanied the Zika and Ebola scares of recent memory.

This is not for a lack of ideas on how to address this crisis: we know of care models that improve the quality of life for individuals living with Alzheimer’s and their caregivers while cutting costs, emerging research points to the benefits of diet and exercise in reducing one’s risk of developing Alzheimer’s, and there is an urgent need for research volunteers to help speed the development of Alzheimer’s treatments.

What’s missing is the public awareness, executive branch leadership, and sense of urgency required to organize a broad-based social movement against this disease. For example, President Trump’s FY18 budget threatens to cut billions of dollars from the National Institutes of Health and the CDC at a critical time in our fight against Alzheimer’s.

Related: Why six states still spend nothing on preschool

With a student body that is 99 percent African American, the students who attend Achievement Prep live with a higher risk of developing Alzheimer’s compared to their white peers across the Anacostia river. I couldn’t help but think about this overlooked disparity as students came up to my station, smiling and curious about the brain. How many had a loved one living with Alzheimer’s, which affects an estimated 5.5 million people in America? How many will go on to develop the progressive brain disease themselves?

The answer to these questions will depend, in part, on whether policymakers, public health officials, and community leaders have the will – and the resources – to make good on our national commitment to prevent or effectively treat Alzheimer’s by 2025.

To do so, Congressional leaders will need to continue their championship of Alzheimer’s research funding in FY18, our public health community will need to engage in response efforts that match the scale of the Alzheimer’s challenge, and more conversations about the ABCs of brain health will need to take place in schools and community centers across the country.

One plastic brain and a bowl of blueberries won’t be enough. 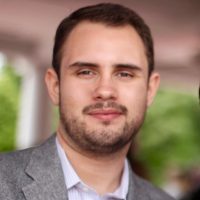