Across the country, students are returning to their desks and, often, their first free lunches since June. But in Providence, Rhode Island, more students than ever are coming back with their bellies full, thanks to an innovative program that began with one simple question posed six years ago:

Why weren’t kids coming to the parks to get their free lunches during the summer?

That’s what Ellen Cynar, director of Providence’s Healthy Communities Office, just couldn’t figure out. During the school year, 88 percent of Providence kids were eating a free, federally funded lunch each weekday. But when school let out, that number plunged to 10 or 12 percent — “some ridiculously low number of kids,” she says — even though the lunches were available in a place you’d think that kids would love: their neighborhood parks. So why the disconnect? She and her staff went to the parks to find out.

“We talked to kids and families to ask what’s up, what do you like about the meals, what would make more people come — a lot of open-ended questions. But there was a young girl swinging on a swing and I was sitting next to her, asking her about the summer meal program and she said, ‘All I want is someone to play with.’”

Today, Providence’s parks are teeming with kids, thanks to the novel (and ancient) idea that what kids really want is simply … other kids. They want a safe place to play, of course, and they want stuff to play with. But mostly they just want to be around other kids, because then things get fun. Providence figured out how to deliver that crucial element by creating something called PlayCorps — a program based not on organized games or sports or even summer camp activities. It’s based on giving kids what most of us grew up with: free play.

Strangely enough, this was a novel approach.

“The parks were just kind of dead in the summer,” admits Parks Superintendent Wendy Nilsson. But then they started working with Janice O’Donnell, executive director of the Providence Children’s Museum at the time, who told them about “adventure play” — the practice of having lots of “loose parts” on the premises, along with some adults who understand the importance of giving kids the freedom to create, goof off and solve their own problems. After training summer staffers to do just that — think back on their own childhoods, and then stand back and let the kids make their own fun — the Providence PlayCorps was born.

The loose parts came from everywhere. “Our forest division would drop off branches. We got old sheets from the Marriott,” says Nilsson. Businesses gave boxes and random junk.

Related: Pass the carrots, pass on the chips: America’s obsession with school lunches

The kids started coming from everywhere, too. In fact, once they saw what was happening, many of them would show up early, to help set up the materials. Some would stay late, to help put them away. Though the program ran officially from 11 a.m. till 2 p.m., Isaac Newton’s (summertime) law took hold: A child in motion tends to stay in motion.

“The number of creative box-making projects is just really impressive,” says Cynar. “Lots of sailboats. Forts. There’s also lots of tree-climbing, lots of swings off of trees, lots of make-shift slip-‘n-slides. It’s really amazing how kids figure out how to make the kind of toys you’d buy.”

Parks that had just a smattering of kids started filling with siblings, cousins and friends whom the early adapters brought with them. And the impact?

“The first year we did PlayCorps, I was looking at our summer meal participation numbers and I was trying to compare [to the year before],” said Cynar. “And I kept having to recalculate because I was like, ‘This can’t be right. There’s no way this is right.'” But in fact, her calculations were correct. Lunch participation numbers went up at every single site. “But at some sites they went up a full 300 percent!”

Providence Mayor Jorge O. Elorza, a new dad himself, is understandably thrilled. He credits PlayCorps with making “neighborhood parks across our capital city come alive with fun.” The program is “bringing the community together, activating public places with free and creative play, and providing nutritious meals.”

But maybe it’s nurturing the soul even more. PlayCorps workers, mostly college-age kids, kept a blog of the sweetest moments they saw. This included the time when a kid nicknamed “Peter Pan” — an older boy — got the younger kids to fill a kiddie pool and put it at the bottom of the slide. Then, wrote a worker, everyone “raced to the top to slide down as fast as they could.”

The blog entry continues: “The PlayCorps team watched anxiously from a distance as the children attempted to land in the pool. Sometimes they slid too fast and would overshoot the pool. But still the team didn’t intervene and allowed the children to play. The team paid close attention, noticing that when children did fall, they continued to laugh. The children also looked out for each other, checking on everyone after they took their turn.”

That’s what we adults so often forget: Kids love to make things happen, and they rise to the occasion when things go wrong. They have fun. They even eat lunch. It seems so simple … because it is.

Any city hoping to get more summer meals buy-in next year, or simply more kids at the park, can look to Providence, Rhode Island, for the secret.

This story about free summer lunches and kids at play in the park was produced by The Hechinger Report, a nonprofit, independent news organization focused on inequality and innovation in education. Sign up for our newsletter.

Lenore Skenazy is president of Let Grow, a nonpartisan group that promotes childhood independence and resilience, and founder of the Free-Range Kids movement. 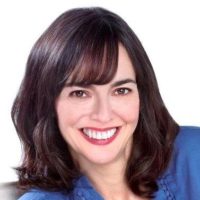