As instructors finalize lesson plans and schools across the country head back into session, there’s been a recent and significant surge of interest in social and emotional learning (SEL) curricula at both the federal and state levels.

With few exceptions, policymakers, educators, families and communities in many states see the benefits of social and emotional learning and are united by shared goals to promote these practices as part of a well-rounded education.

One exception: Last month, several members of the Ohio state school board opposed the board’s strategic plan to include SEL skills as one of four focus areas in schools statewide. In the end, their request to remove social-emotional skills as a focus area was voted down.

Several states are considering expanding SEL to foster a well-rounded education for all students. One of the fastest-growing SEL programs in the nation, Sanford Harmony, serves 7.7 million students in more than 140,000 classrooms.

SEL skills are an umbrella term, so some might believe that they cover a swath of skill-related concepts such as executive functions, self-perception, self-regulation, self-esteem, motivation, communication skills, resilience and coping strategies.

Research has found notable connections among SEL skills and academic success, behavioral health as well as social-emotional development in school and later in life. For example, based on a 2015 longitudinal follow-up study of 753 kindergarteners for 13 to 19 years, Pennsylvania State’s Damon Jones and his colleagues found that participants’ social-emotional skills in kindergarten were associated with their employment status, criminal activity, substance use and mental health when they grew into young adults.

Deficits in executive functions can greatly diminish a person’s ability to perform in school or work environments, function independently, or maintain appropriate social relationships, according to Russell Barkley, a clinical professor of psychiatry at the Virginia Treatment Center for Children and Virginia Commonwealth University Medical Center.

So how do teachers view the benefits of social-emotional learning, as well as the role and value of SEL in school?

The Missing Piece, a 2013 nationally representative survey of pre-K to grade 12 teachers, revealed that 95 percent believed SEL skills were teachable. Additionally, 97 percent believed that students from all backgrounds could benefit from SEL. Three out of every four surveyed teachers perceived benefits of SEL in academic success, while four out of every five perceived benefits of SEL in school attendance and graduation.

In 2018, Roisin Corcoran of Johns Hopkins University and her colleagues reviewed 40 studies that evaluated the effects of school-based SEL practices and programs for students from pre-K to 12th grade. They found that students who received SEL interventions performed significantly better in reading, mathematics and science than their peers without such experiences.

The positive connections between SEL and students’ academic achievement are encouraging.

In 2017, a team of researchers led by Roger Weissberg, CASEL’s chief knowledge officer and an emeritus professor of psychology at the University of Illinois at Chicago, reviewed the follow-up effects of 82 school-based SEL interventions on nearly 100,000 students from kindergarten to high school.

Analyzing data collected six months to 18 years after the interventions, they found that students who received SEL interventions did significantly better than their peers without such experiences in all seven outcome areas, including attitudes toward self and others, positive social behavior, social and emotional skills, and academic performance.

The What Works Clearinghouse is a massive federal database that stakeholders can use to explore evidence-based SEL interventions. In addition, CASEL has identified 25 effective SEL programs for preschool and elementary students, and four effective programs for middle and high school students.

Improving student learning is every educator’s goal, and initiating this conversation around the evidence-based effectiveness of SEL can be a path toward improving education overall.

This story about benefits of social-emotional learning was produced by The Hechinger Report, a nonprofit, independent news organization focused on inequality and innovation in education. Sign up for our newsletter.

Saiying Steenbergen-Hu is a research associate professor in the School of Education and Social Policy at Northwestern University and a Public Voices Fellow with The OpEd Project. 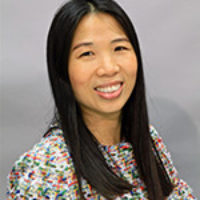