In his 2020 State of the Union address, President Donald J. Trump promoted the Education Freedom Scholarships and Opportunity Act as a means to “rescue” students “trapped in failing government schools.” His proposal, however, runs the risk of infringing on the civil liberties of students with disabilities.

The proposed Education Freedom Scholarships and Opportunity Act, which would create a $5 billion annual federal tax credit for businesses and individuals who donate to state scholarship-granting organizations, claims to expand educational options by granting students money that can be used to attend a school of their family’s choice, including private and religious schools.

The “choice,” provided by tax credit voucher programs, however, often does not exist for students with disabilities. As the National Council on Disability (NCD) has pointed out, many existing state voucher programs actually require families to give up their rights under IDEA, because the use of vouchers constitutes a parental placement with no individual entitlement to a free and appropriate public education, according to the Department of Education. While the Trump administration couches choice in the language of individual freedoms, it is only public schools that are bound to uphold the civil rights of all students.

As co-founder and executive director for the National Center for Special Education in Charter Schools, I see public school choice as an important option for parents, especially those living in communities with low-performing schools. However, the expansion of choice must work for all children, including those with disabilities. Unregulated school choice extending to private and parochial schools, which the Trump administration has proposed, runs the significant risk of limiting true choice and segregating students.

For example, data show that in Indiana, a state with a well-established tax-credit voucher system, most funds flow to private religious schools — the very schools least likely to provide students with disabilities the education they are owed.

In the U.S. Department of Education’s 2019 press release on the proposed program, Secretary of Education Betsy DeVos stated: “The key element of the proposal is freedom for all involved … a student’s needs and preferences, not their address or family income, will determine the type and quality of education they can pursue.” Apparently, the freedom of students with disabilities to receive a high-quality education was not considered.

While the Department of Education argues that the proposed scholarship funds are not public dollars, new tax credits take away the very dollars that fund our public schools. President Trump’s advocacy for this bill — rather than for increased funding and resources for public education that serves all students — is a clear sign that his administration’s educational priorities do not lie with students with disabilities. The public education system has responsibilities grounded in our commitment to civil rights and responsibilities. Expanding access to private schools, rather than doubling down on improving public schools, all but ensures that the most vulnerable groups of students are the ones who take the hit.

Students with disabilities across the country consistently experience significant outcome gaps that keep them from achieving on par with their peers. The implementation of any policies that further disadvantage these students and impinge on their civil liberties is unacceptable. Kids shouldn’t just travel with a backpack full of public money — they must travel with a backpack full of rights.

This story about students with disabilities was produced by The Hechinger Report, a nonprofit, independent news organization focused on inequality and innovation in education. Sign up for our newsletter.

Lauren Morando Rhim is the co-founder and executive director of the National Center for Special Education in Charter Schools. 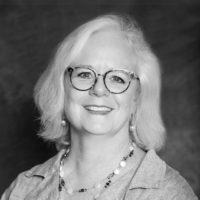 Lauren Morando Rhim is the co-founder and executive director of the National Center for Special Education in Charter Schools.. See Archive