It was 2009, and Tennessee Gov. Phil Bredesen had just announced that he was convening an emergency legislative session to enact education reforms to make the state competitive for President Barack Obama’s Race to the Top competition.

At the time, Tennessee ranked near the bottom of all 50 states in student achievement, but Bredesen and a bipartisan group of legislators saw promise in Obama’s commitment to spurring much-needed changes in our nation’s public schools. In exchange for a significant investment of federal funding, states like Tennessee would volunteer to enact new policies to raise standards, increase accountability, build new data systems and lift caps on the number of public charter schools.

Tennessee hit every single one of those policy goals and, as a result, won the first round of the Race to the Top competition, along with Delaware, in the spring of 2010. Over the subsequent eight years, Tennessee would outpace every other state in the nation on student achievement gains as measured by the National Assessment of Educational Progress, followed closely by Washington, D.C., a second-round Race to the Top winner.

By the third round of Race to the Top, a total of 18 states and Washington, D.C., had received federal grants. States from coast to coast made significant — and unprecedented — policy changes.

On the 10th anniversary of Race to the Top’s announcement, we reflect on the progress made and the work ahead as we continue to build on President Obama’s education legacy of improving educational equity for all.

Related: How do we know that Race to the Top worked?

Race to the Top helped to usher in a new era of data collection, school turnarounds and innovation that focused on added resources and reforms, and that sparked widespread changes to K-12 public education. We’ve seen state education agencies move from compliance-driven systems to ones that emphasize continuous improvements in state and local policies that, in term, help boost college and career readiness.

Race to the Top also placed a greater emphasis on professional development for educators through professional learning communities, coaching and instructional leadership — something we’ve seen carried through under the Every Student Succeeds Act. Integrated data systems spurred by Race to the Top have also helped to empower teachers, parents and administrators with information that can better support student learning.

One of the most lasting impacts of Race to the Top has been to encourage states to hold all students to more rigorous academic standards that are aligned with college and career expectations. This has resulted in more than 460,000 students of color reaching proficiency in English language arts and mathematics.

Under Race to the Top, we’ve witnessed the positive effects that raising the bar can have on students’ academic achievement, particularly our historically underserved students.

Yet this fight is not over, and it is not likely to be over any time soon. Not every Race to the Top state has succeeded to the same degree as Tennessee, Washington, D.C. or New Jersey. Academic gains have been too uneven across states to close the yawning national achievement gaps that persist, and inequitable funding has far too frequently relegated students of color and low-income students to a second-rate education. Recent polling shows that 54 percent of voters say they are worried that “public schools aren’t changing fast enough, leaving our students unprepared for the challenges ahead.”

The bottom line is that Race to the Top helped to catalyze states to adopt evidence-based education policies and propelled education reform efforts forward. We must build on President Obama’s legacy of tying an increased investment of resources to a clear commitment on the part of states and school districts to act in the best interests of all students.

This is our charge as a nation.

This story about 10 years of Race to the Top was produced by The Hechinger Report, a nonprofit, independent news organization focused on inequality and innovation in education. Sign up for our newsletter.

Shavar Jeffries is a civil rights attorney and president of Democrats for Education Reform. 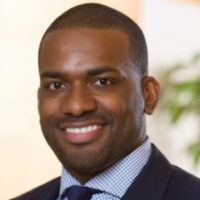 Shavar Jeffries is a civil rights attorney and the president of Democrats for Education Reform. See Archive