The fallacy of education as a level playing field is something that large swaths of the public have known for a long time.

Made more apparent in recent years with the widespread expansion of school-choice policies nationwide, the latest college admissions scandal may be the final nail in the coffin of the myth of meritocracy in U.S. higher education.

Not unlike the college search, when quality primary and secondary educational opportunities are seen as scarce goods, some parents employ strategies that will significantly increase their children’s likelihood of admission to the prized schools, even at the expense of other children.

The introduction of choice into the public education system in the 1960s and 70s through magnet schools designed with integration goals — followed by an expanding charter school sector and district choice programs — created avenues for parents to actively select public-school settings for their children.

It also laid the groundwork for a robust market of goods and services designed to help families learn the “hidden curriculum” of school-choice policies and engage in choice behaviors that yield desired school assignments.

These purportedly equity-driven school-choice policies that could provide access to high-quality schooling options, regardless of a student’s Zip code or family income, have long been critiqued for reproducing rather than disrupting patterns of uneven access to education for historically under-served students.

Growing school segregation has also been attributed, in part, to the spread of school-choice policies, including in places like New York City — home to the most intensely segregated schools of any district in the country. Evidence largely shows that more advantaged students disproportionately benefit from school-choice options. This occurs, at least partially, due to their families’ ability and willingness to behave in (perfectly legal) ways that allow them to “get ahead” in the intensely competitive game of school choice.

Under the guise of meritocracy, the competitive system of K-12 and post-secondary education in the United States has resulted in an environment in which some parents will pursue avenues for their children’s educational advancement “by any means necessary.”

While arguably the most brazen example of advantaged, mostly white parents allegedly using their privilege and resources to ensure their children’s access to coveted schools, the FBI wiretaps are merely the newest evidence of the inequities built into the U.S. education system and the lengths that parents will go in attempts to guarantee their children’s status.

It is all too easy, though, to blame individual parents for spending thousands of dollars on school-choice consultants and expensive exam preparation classes for their children (starting as young as pre-kindergarten).

Doing so overlooks the severe flaws in many of the structures and policies in place that allow for — if not explicitly incentivize — such behaviors. There have been increasingly vociferous calls for a complete overhaul of U.S. college admissions procedures in the wake of the most recent scandal.

Similar scrutiny ought to be placed on systems of school choice that pervade the U.S. public education landscape with concomitant changes made to policies that lend themselves to abuse or actions that exacerbate existing inequities.

Related: Nearly 750 charters are whiter than nearby districts

At present, many school-choice policies allow for geographic priority (often in the most expensive parts of school districts) and academically selective admissions, relying on standardized exams to determine eligibility to top schools. Moreover, admissions rules and requirements are often difficult to comprehend, particularly for people from language backgrounds other than English. These policies create a two-tiered system of winners and losers, resulting in an inequitable distribution of students into the so-called “best” and “worst” schools.

These privileges are baked into a system that starts at preschool and continues through graduate school, wherein people with greater financial resources and more social capital receive preferential treatment and use tools inaccessible to the wider public to open doors for their children.

For such inequities to end, there must be systemic changes that eliminate the tangible benefits of pursuing a parallel path (via external supports and investments).

In New York City, we found that specific policy provisions built into the city’s elementary and high school choice plans prompt advantaged parents to act in ways that secure benefits for their children. High-income parents spend thousands of dollars and as many hours researching, strategizing and pursuing all potential avenues to maximize their children’s chances of scoring high enough on exams (for test-based school admissions) or complying with the countless admissions requirements to ensure desired school placements.

The chasm between what high-income parents can and do invest in pursuit of chosen public-school placements and what less economically advantaged parents are able to access exposes the problems of our system.

There are a number of ways that districts rich in school-choice options can rectify these issues. First, districts can revise their admissions methods for selective schools and programs using a more holistic approach to enrolling students and providing gifted pedagogy and curriculum to all students in more integrated classroom settings.

School-choice policies might also be changed to incorporate a weighted lottery that prioritizes students living in certain (low-income) Zip codes or sets aside a proportion of seats for underrepresented students. Absent the elimination of academic selectivity, guaranteeing a minimum number or proportion of seats for students from underrepresented groups may be one mechanism to facilitate lower-income students’ access to competitive schools. Better training and support to help school personnel working in the neediest schools effectively guide students and parents through the complex choice processes is another potential remedy.

The need for system-wide changes to reduce educational inequality within choice systems has not gone unrecognized by school leaders. In June 2017, then-Chancellor of the New York City Schools Carmen Fariña announced an equity and diversity plan, which included specific diversity goals for the next five years.

These efforts have been expanded under Chancellor Richard Carranza’s leadership, and Mayor Bill de Blasio has finally taken a strong stand on the historic underrepresentation of Black and Latino students in the city’s elite, specialized high schools.

Critics contend that these efforts do not go far enough, but the district’s acknowledgment that many current admissions practices are inequitable marks an important step toward its identifying and remedying decades of inequity built into school-choice policy.

This story about school choice policies was produced by The Hechinger Report, a nonprofit, independent news organization focused on inequality and innovation in education. Sign up for our newsletter.

Carolyn Sattin-Bajaj is an associate professor and director of the Center for College Readiness at Seton Hall University.

Allison Roda is an assistant professor of education at Molloy College. 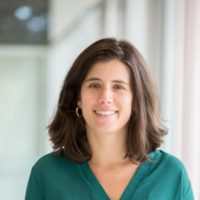 Carolyn Sattin-Bajaja is associate professor and director of the Center for College Readiness at Seton Hall University. See Archive 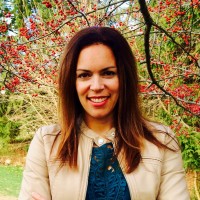 Allison Roda is assistant professor of education at Molloy College. She is also a public school advocate, a parent and the author of "Inequality in… See Archive