Back in my days as a business analyst, I once had to evaluate the fortunes of a subprime auto lender that prospered by throwing in mechanic services as part of the sale. The reason was simple: if the car doesn’t run, the borrower probably won’t make the payments.

I thought of that experience when I saw the federal government’s latest figures on student loan repayment. The final version of the data (after a few glitches and revisions) found that fewer than half of all borrowers were paying back any principal three years after graduation. The figures are better after seven years, but even then, four in 10 borrowers haven’t started paying back principal.

It’s hard not to connect that statistic to another report just released by the Federal Reserve Bank of New York that showed 44 percent of recent college graduates were “underemployed” — in jobs that don’t really require their qualifications. That’s not to mention the recent Gallup poll that showed recent college graduates are less likely to say their education was worth the cost.

Related: Colleges are pushed to stand behind what they sell with money-back guarantees

So, how many borrowers either can’t or won’t pay back their loans because their careers, metaphorically speaking, are propped up on cinder blocks in the backyard? What’s gone wrong?

“A number of graduates lack basic information for choosing a major and thus have trouble traveling that “last mile” between graduation and employment.”

There is a lot of evidence that higher education isn’t aligned with the labor market, in ways big and small.

For example, take videogame design. There are more than 100 such programs around the country, many at the associate’s level. Yet there were only 8,348 advertised positions in the field last year.

Some 77 percent of these jobs required multiple years of experience, 87 percent asked for a bachelor’s degree and more than half were concentrated in just three metropolitan areas — rendering what few opportunities there are inaccessible to the graduates of many of these programs.

Related: Good news for college applicants: Getting in is easier than they think

Or take medical coding, a skill that is greatly in demand as the nation transitions to electronic medical records. Employers report medical coding is a hard-to-fill position, yet recent graduates of coding programs nearly equal the total job postings for this role — what would normally be a recipe for a glutted market.

The problem: fewer than 60 percent of medical coding graduates actually get the required certifications, a strong indicator that their training isn’t lining up with market demands.

Liberal arts programs take the heat for producing overqualified baristas, but far more students are enrolled in seemingly practical majors in which the job prospects are worse. There are nearly six times as many criminal justice majors as philosophy majors. Yet criminal justice majors are more likely to be unemployed (5 percent) or underemployed (75 percent) than philosophy majors (4.3 percent and 50 percent), according to the Federal Reserve study.

Related: Most colleges enroll many students who aren’t prepared for higher education

The fact is that a number of graduates lack basic information for choosing a major and thus have trouble traveling that “last mile” between graduation and employment. They’re leaving school with a valuable set of skills but often lack that last specific skill or two that can clinch the first job. Too many students are almost qualified—and almost isn’t good enough.

“Research shows that the early years in the labor market are crucial to lifelong success.”

The solution is within higher education’s grasp. Liberal arts graduates, for example, are often portrayed as choosing their majors in open defiance of the job market. Yet Burning Glass research shows that by adding just a few specific skill sets, such as marketing, sales, social media, or coding, liberal arts graduates can nearly double the entry level jobs available to them—and command a $6,000 salary premium.

Of course, it would help to have this information before graduation. Psychology majors, who make a market average of $42,000 per year, can bump that up another $24,000 per year if they have skills in statistics. That’s a quarter-million-dollar difference over a decade. If students knew that while picking their courses in college, what do you think they would do?

Helping students supplement their academic programs with the “last mile” skills that will position them for career success should be an important responsibility for schools. But academic departments are never going to be able to adjust to every blip in the job market, and career services is an afterthought at many colleges. A Gallup survey found only about half of students made use of their campus career office, and only one in six said it was “very helpful.”

Despite these statistics, colleges have many tools to respond to these trends. For example, students can pick up extra skills by using minors, specializations, or concentrations—strategies that colleges use all the time.

In many cases, the right courses are already there; they just need to be labeled in ways that make their utility visible to students. An English major interested in an human-resources career, for example, could put together courses in the history of the labor movement, in organizational theory, and survey research to be better prepared.

Colleges can also guide students to online training or short courses to pick up specific software skills that aren’t worth a full three-credit course.

Educators often say that their mission is to prepare students for their twentieth job, not their first one. There’s truth in that. Higher education excels at teaching foundational skills, and employers report some of their most severe talent gaps for these “soft skills.”

But it’s also true that students who fail to get a satisfying first job are far less likely to get a rewarding twentieth job. Research shows that the early years in the labor market are crucial to lifelong success. Once someone’s career is up on blocks, it is awfully hard to get it back down again. If colleges find ways to keep up with skill demand, there’s no reason for students to face stalled careers. 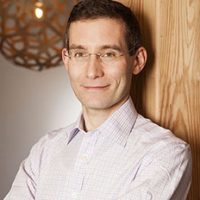