Just as many Americans object to the U.S. president’s disregard of scientific findings, we are discovering that leading Democrats can ignore evidence, too.

Headed to Pittsburgh to discuss education on Saturday, Dec. 14, Democratic presidential aspirants would do well to avoid echoing the claims of their donors and speak instead to evidence on what improves schools.

“Democratic presidential candidates should consider how to sustain the benefits of high-quality charters while also mitigating against their stratifying downside.”

Take Elizabeth Warren’s recent attack on charter schools. Ahead of Saturday’s event, Warren appears to dismiss a decade of results when she insists that these publicly funded but privately run campuses, serving 3.2 million pupils, “strain the resources of school districts and leave students behind, primarily students of color.”

Voicing the concerns of charter-school proponents after protesting at a Warren rally in Atlanta last month, parent-activist Sarah Carpenter pointed out during a meeting that followed the protest that Warren had sent one of her children to private school. Carpenter, who is black, added “None of the schools in my community was working.” Meanwhile, Bernie Sanders has characterized charter schools, in simple black-and-white terms, “as a way to privatize the public education system.”

We know that education reform is far from simple: Charter schools modestly accelerate the learning of students from poor and working-class families, relative to their peers who attend traditional campuses. But these small and selective campuses also worsen inequality. In short, charter schools offer a promising reform, while brandishing a double-edged sword. As they prepare for the upcoming education forum, Democratic presidential candidates should consider how to sustain the benefits of high-quality charters while also mitigating against their stratifying downside.

Related: COLUMN: Support for charters in 2020 elections comes at a price

Los Angeles is home to nearly 300 charter schools, more than any other school system in the nation, drawing one-fifth of all kids out of its traditional public schools. Los Angeles Unified School District (LAUSD) is the nation’s second-largest school district after New York City. When my research group tracked some 93,000 students in Los Angeles over four years, we discovered higher rates of learning among charter students in math and reading. Latino youngsters, most raised in low-income families, enjoyed stronger gains.

Similar results on the charter school debate come from a second study, led by Margaret Raymond of Stanford University, after she matched charter and traditional students, otherwise indistinguishable in their backgrounds. Children’s achievement keeps inching up in places like San Diego and Washington, D.C., as well, thanks in part to high-quality charter schools.

Sarah Cohodes, an associate professor at Teachers College, Columbia University, verified this charter advantage last year, after reviewing local and national studies. (Note: The Hechinger Report is an independent unit of Teachers College, Columbia University.) But Cohodes uncovered one huge exception: Middle-class kids moving through charter schools do no better — and no worse — than their peers who remain in traditional public schools. Charters outperform well-worn urban schools in many cities, but it’s a draw in the suburbs.

The rub is that charters also work to exacerbate the segregation of children. My team found that students at entry to charter high schools in Los Angeles were more likely white or Asian, and already outperforming the mostly Latino and lower-achieving pupils in traditional schools. Two national studies out this year similarly find that poor students become more racially or economically isolated from middle-class peers, at small levels of magnitude, when their districts allow charters to proliferate unchecked.

“Regaining national momentum on school reform requires curiosity about the evidence and discerning what’s working on the ground.”

Not surprisingly, parents who enjoy more discretionary time and wider social networks seek out better schools. But how to remedy these stratifying effects? Wise governments reward families who strive to propel their children.

“Parents in struggling communities across the country are going to extraordinary lengths … to get their children into great public schools,” Sen. Corey Booker (D-N.J.) wrote in a New York Times op-ed last month, the lone candidate offering nuance in the charter school debate. But should policymakers let charter schools grow until they stem their stratifying effects?

Related: A charter school faces the ugly history of school choice in the Deep South

President Barack Obama and pro-equity mayors like Antonio Villaraigosa in Los Angeles earlier forged a middle ground — siding with parents such as Carpenter, and pressing for diverse options when downtown “edu-crats” or union chiefs opt to preserve lifeless schools. What Obama didn’t anticipate was the spread of for-profit and online charter schools, which have raised concerns about potentially corrupt school officials and led to mediocre results for students.

Most distressing, the charter school debate distracts from serious conversation about how to best improve institutions attended by nine out of every 10 students: traditional public schools. The candidates further on the left, like Warren and Sanders, claim that more money and weaker accountability will remedy the ills of U.S. public education. Civil-rights activists know better. And charter educators teach us about the importance of human scale, attracting caring teachers, respecting — and expecting much from — all students.

Regaining national momentum on school reform requires curiosity about the evidence and discerning what’s working on the ground. Voters might recognize informed leadership, if or when it appears on the campaign trail.

This story about charter schools was produced by The Hechinger Report, a nonprofit, independent news organization focused on inequality and innovation in education. Sign up for our newsletter.

Bruce Fuller, a professor of education and public policy at the University of California at Berkeley, is the editor of Inside Charter Schools: The Paradox of Radical Decentralization (Harvard University Press, 2000). 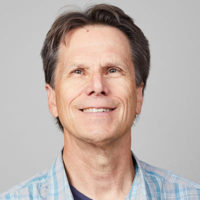 Bruce Fuller, a professor of education and public policy at the University of California at Berkeley, is the editor of Inside Charter Schools: The Paradox… See Archive