Last year she proposed to fund vouchers by cutting $1 billion from federal spending on various elements of public K– 12 education, such as after-school programs and teacher preparation. Earlier this year, she floated the idea of a $5 billion tax credit to encourage wealthy philanthropists and corporations to fund scholarships for vouchers.

The core of the voucher idea is, of course, that if disadvantaged children are ever to have equitable opportunities for education, they need to get away from the failing public schools in their neighborhoods and attend more advantageous private schools.

No one would argue against the fundamental contention that a large share of the nation’s low-income families live near failing schools.

It’s also clear that most voucher solutions, one way or another, draw much-needed support away from those schools, which will never be able to address their challenges without additional resources.

Related: Betsy DeVos’ school choice ideas are a reality in Sweden, where student performance has suffered

As students from low-income, high-need backgrounds seek to engage at well-resourced independent schools, inevitable and important differences get overlooked, or sometimes erased — and this is not always to the student’s advantage.

I say this as the former head of The Brearley School, an independent K-12 day school for girls on the Upper East Side of Manhattan, where we made a concerted effort to admit and retain students from disadvantaged backgrounds. During and since my time there, several million dollars have been spent each year to fund tuition and co-curricular experiences for students with limited abilities to pay.

“Somewhere along the way, we have lost sight of the imperative of helping young people bloom where they are planted. Uprooting them, as too many voucher-based proposals would have us do, is not the answer.”

I remember one student in particular who traveled across boroughs to come to Brearley. She couldn’t wear school-branded clothing on her way to school for fear of drawing the wrong kind of attention to herself on the train. She couldn’t participate in the after-school sports that her coaches urged her to consider — even though she was a gifted athlete — because it would mean getting home extremely late, well after dark at any time of year. Worst of all, that student had to change her identity as she changed buses and trains, becoming someone during her hours at school whom her family wouldn’t have known, and taking on responsibilities once she got home that her schoolmates wouldn’t have recognized.

The experience of having to become someone else in order to get a chance at success, many would argue, is part of the American Dream — or maybe the American Myth. It doesn’t take too much insight to realize that this same process also teaches young people that who they are at home isn’t good enough.

The feeling of being divided between your family self and your school self isn’t necessarily a salutary one. As much as elite schools and societies talk about wanting to respect all backgrounds, the melting pot doesn’t mix people; it just teaches them when to use what and how to value each element relative to the others.

Whatever we who have privilege might think about the transgressive power of code-switching, it’s not necessarily a good thing to have your world revolve around code-switching when you’re 14 years old. For too many students, the seeming advantage of attending a private school can become a stark choice between opportunity and identity, and that’s an insidious and painful lesson — one that we as a society shouldn’t support.

And this, in part, is why neighborhood schools are so important. They help to cultivate talent wherever it’s found, and for that reason are essential to strong democratic societies. The notion of vouchers gives them short shrift; school turnaround, as complicated and costly as it is, is a far better investment.

Out-of-school-time (OST) interventions can also be crucial in reinforcing what neighborhood schools can do on their own. Whether by offering the kind of strong complement in skills and knowledge that OST organizations like Girls Inc. can provide, or by grafting new models of intellectual and personal development onto public school curricula using local, state, federal and private dollars, we need to focus our attention on the kinds of community-based educational opportunities that give young people the chance to reach their full potential in all ways.

Somewhere along the way, we have lost sight of the imperative of helping young people bloom where they are planted. Uprooting them, as too many voucher-based proposals would have us do, is not the answer. We need to devote our resources toward nourishing students wherever they are.

This story about school choice was produced by The Hechinger Report, a nonprofit, independent news organization focused on inequality and innovation in education. Sign up for our newsletter. 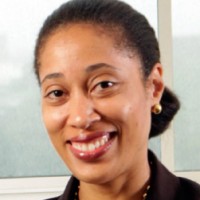 Ms. Hull would see no value to students studying abroad, nor seemingly that any kid should expand his or her horizons? Learning new cultures and meeting new people? Going away to college? Nahh.... Joining the Peace Corps? No.

If you have been involved with education reform, you know if it even has the possibility of success, is usually a long and messy process. For a student to be able to CHOOSE to attend an already up and running successful school is a marvelous opportunity. If you would not choose to give your kids this opportunity, it would be your choice for their future.

"Separate but equal... Isn't it nice to have your own Abilene"

Having the freedom to choose to cross boundary lines is what we fought for in the Civil Rights movement of the 60's and are still trying to achieve to this day. Most elites don't want minorities or others not associated with their inner circle to "code switch" because it gives those individuals an unfair advantage over those more privileged who are not willing to do the same. Cross cultural experiences greatly enrich the lives of individuals who experience them and gives them a perspective of the world beyond their own neighborhood. Perhaps if elite schools like The Brearley, truly wanted to "make a concerted effort to admit and retain students from disadvantaged backgrounds" they would consider, for example, the purchase of transportation that would allow for students to fully participate in their program. An elite school so adept at providing high quality education could surely create a transportation policy that takes their distanced students into account. Wouldn't that be part of a concerted effort if indeed there truly was motivation for one?