When students put on their backpacks to come to school each day, they don’t just bring textbooks — they bring their spunk and personalities, too. Sadly, some students also carry a heavier burden: parents suffering from opioid addiction.

We know that ensuring long-term success in schools requires taking a holistic view of the many aspects of a child’s life, not just what happens inside the classroom. For thousands of children in West Virginia, this means acknowledging that their parents are suffering from an opioid addiction.

These students often struggle with homelessness, financial uncertainty and stress that no child can manage alone. They need support that goes beyond what schools typically are able to provide.

The statistics are alarming and all too familiar. West Virginia has the highest rate of drug overdose deaths in the country, or approximately 58 deaths per 100,000 residents, which is almost three times the national average. In some West Virginia school districts, administrators estimate that roughly half of students live with someone other than their parents. Teachers see students’ traumas on the front lines, hearing stories of children watching their parents being led off in handcuffs — or dealing with depression, or hunger, or all of the above.

That’s why we’re doing things differently in West Virginia. During the 2019-20 school year, students in 11 of the counties hardest hit by the opioid crisis are  getting much-needed support within school and beyond. A joint initiative of the nationwide nonprofit Communities in Schools (CIS) and West Virginia’s Department of Education, the partnership provides students everything from food and clothing to mentorship and counseling — and complements the state’s efforts by coordinating and brokering existing prevention and support services. The state has allocated $3 million to support the program. In addition, West Virginia Gov. Jim Justice, a Republican, has donated his annual governor’s salary to the cause. (A businessman who became governor in 2017, Justice is the wealthiest individual in the state of West Virginia, with an estimated net worth near $1.5 billion. His wife, Cathy Justice, is co-author of this article).

Related: Teachers are first responders to the opioid crisis

We’ve seen firsthand how powerful these interventions can be. A fourth-grader living in foster care in Berkeley County struggled with school and didn’t enjoy attending it. That changed after she started participating in an after-school gymnastics program. Suddenly, school became a reason for excitement. She developed the confidence she needed to thrive academically and socially. When visiting the governor’s mansion earlier this year, her foster mother told the story of how this child’s life changed.

The transformation stories we’ve witnessed are more than anecdotes. They’re backed by data. Take Greenbrier County, which has an opioid overdose death rate of 43.4 deaths per 100,000 people. A school-based site coordinator connects students to health care, transportation, tutoring and more. During the 2016-17 school year, all of the Greenbrier high school seniors whose cases were managed by the program graduated.

Related: Home visiting in high school: Trying an intervention for toddlers on teenagers

This academic year, students in 59 schools with the greatest need — selected by West Virginia’s Department of Education — have embedded program staff. The students at greatest risk now receive mentorship, guidance and more.

The partnership establishes the state as a national leader committed to ensuring that all students succeed. Other states, particularly those hit hard by the opioid crisis, should look to this model.

West Virginia is proudly standing with these students in their greatest moments of need so that the cycles of poverty and despair can be broken by their transformed lives.

This story about West Virginia and the opioid crisis was produced by The Hechinger Report, a nonprofit, independent news organization focused on inequality and innovation in education. Sign up for the Hechinger newsletter.

Dale Erquiaga is president and CEO of Communities in Schools. 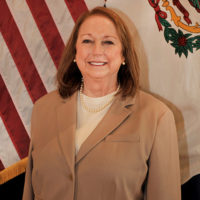 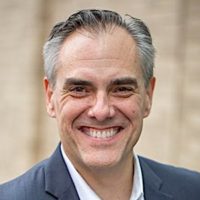 Dale Erquiaga is the president and CEO of Communities In Schools, a national network of nonprofits working inside K-12 district and charter schools to connect… See Archive