I was trained and licensed to be a music teacher in the traditional American way.

My classes included all varieties of  instruments. I sang and learned to conduct bands, orchestras and choirs. I played in ensembles. I took multiple semesters of musical technique, history and theory as well as music education methods.

Almost all of what I just described was traditional. Incredibly traditional. This training has served me well in many aspects of my professional and personal lives but, frankly, these techniques weren’t enough when I got to my semester of student teaching.

I first was assigned to an elementary school in a middle-class suburb of Philadelphia. I worked with young children, sang, moved and danced, and had a blast. Then I got to a middle school in the same district in a neighborhood with kids who were less economically advantaged. And the class schedule included a daily session with students who had learning and behavioral challenges.

I struggled. And I was terrified to go to school every day. Especially that last class of the day. The boys in that class, at least in my view, seemed to want to eat me alive. I was scared to teach them, and they knew it.

The last thing they wanted to do was sing folk songs, learn about musical harmony or scales, or watch me conduct them when they sang or played.

Today, with a couple of decades of teaching under my belt, I imagine they looked at me and saw someone flailing away with arm and hand gestures that were completely alien to them.

I’ve developed a very strong opinion about my undergraduate teacher training, and also what teachers typically enter the public education system ready to do.

Here’s what is missing in music education: cultural and social relevance.

Related: A summer program uses the arts to combat the achievement gap

We’ve become very well-grounded in traditional education theory, techniques and subject matters. But being culturally responsive means teaching music where kids are, and with what interests them. It means using songs by Bebe Rexha or Wiz Khalifa before an American folk song. It means teaching kids to play a synthesizer, electric guitar or drum kit, not just a violin or recorder.

Being culturally responsive means having students write and record the music they practice, not just playing it on stage at a holiday or end-of-year concert.

In Nashville, Tennessee, I recently got to see some examples of culturally responsive school music programming in the Metro Nashville Public School District. Nashville is known as the “Music City,” and its “Music Makes Us” public-private partnership works to deliver music to all of the city’s public school students. I was there in my capacity as executive director of the GRAMMY Music Education Coalition, which advocates for and invests in universal music education participation in the United States.

Being culturally responsive means having students write and record the music they practice, not just playing it on stage at a holiday or end-of-year concert.

At John Overton High School, I met the principal on my way in the door and asked her about her school. My usual questions in this situation include how many students are enrolled, how diverse the school is and how many students qualify for free or reduced-price lunch. I didn’t expect her answers, even though I know the demographic make-up of the Metro Nashville Schools pretty well. Overton’s students represent more than 100 countries and 50 languages in its approximately 2,000 students. Then, I asked the district’s visual and performing arts director, “What music classes does your staff offer in this high school?”

Overton students come from all over the world. Many arrive with limited English. They don’t know traditional American music and haven’t considered playing in a marching band or an orchestra. While Nashville is known by many Americans as the capital of country music, most of the district’s kids aren’t listening to that genre at home or on their mobile devices.

Related: Can the arts get students to college?

The district’s approach in this high school and its feeder middle schools is impressive and “culturally responsive.” Of the many musical options at Overton — which include band, orchestra and choir — entering students who don’t speak English have the option to take a world percussion class.

It’s a place where they can create music, express themselves and take a break from immersion in a new culture and language that they otherwise experience all day long.

That same day at a local middle school, I also observed a room full of students playing in a mariachi ensemble. It’s an alternative to other traditional music classes and ensembles.

The students in Metro Nashville Public Schools want to come to school and participate in these and many other non-traditional music classes, including “modern band” (with guitars, drums, basses, microphones and songwriting).

To be clear, I’m not just sharing an opinion about relevant music education here. My narrative makes a case for much more. While my traditional pre-service music education was outstanding, it didn’t completely prepare me to be successful with our most important constituent in the public education system: individual students, regardless of their background or path to a particular community or school.

Successful, research-based formulas demonstrate that students who have access to quality music education in schools want to be there every day. Their academic, as well as their social and emotional, outcomes improve and their lives are more fulfilling. But to thread that needle, arts programs and their teachers — there are more than 100,000 music educators employed by U.S. schools — need to be ready to offer a combination of the basics with contemporary and culturally responsive approaches to music that draw in and engage all students.

This story about music education was produced by The Hechinger Report, a nonprofit, independent news organization focused on inequality and innovation in education. Sign up for our newsletter. 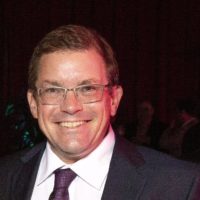 My program, called Passion and Profession is what is missing. To show kids that one can have a successful professional career along with a career in music. Most think a career outside of music as Plan B, when we think it should be Plan A. Music for 95% of all musicians should consider music as Plan B. Only a select few are cut out for a life as a performer or teacher. Yes, we feel that confident about the effectiveness of our program.