The U.S. Supreme Court recently heard oral arguments for several cases regarding the legality of the termination of the Deferred Action for Childhood Arrivals (DACA) program. The DACA decision, which is expected to be announced early next year, will affect thousands of undocumented students and their families.

DACA made U.S. higher education more financially accessible for undocumented students primarily through the granting of work permits, which allow students covered by DACA to work legally and earn higher wages that can be put toward college costs. Many states, institutions and scholarships adjusted their in-state tuition and aid requirements to fit the DACA qualifications.

DACA in and of itself is not the sweeping magic wand of access that higher education made it seem to be.

With DACA’s existence in limbo, higher education’s dependency on DACA to make college more accessible to undocumented students is problematic. More can — and must — be done to make college financially accessible for this population, especially as experts speculate that the coming Supreme Court decision may be grim.

The U.S. House of Representatives has proposed granting access to federal aid to undocumented students in its attempt to reauthorize the Higher Education Act. But because accomplishing such a feat is unlikely, and very few options for financing higher education without work authorization exist, other solutions should be explored.

“DACA in and of itself is not the sweeping magic wand of access that higher education made it seem to be.”

States looking to make higher education more affordable for undocumented students can follow the lead of states like California, New York and Texas, which adjusted their residency requirements so as not to discriminate based on immigration status.

California is one example of a state that has made common-sense tweaks to its residency requirements for undocumented students, as they qualify for in-state tuition rates at public institutions if they have attended a California high school for at least three years, regardless of immigration status.

Related: DACA students persevere, enrolling at, remaining in and graduating from college

To mitigate the already ruinious effects that a reversal of DACA would have on these young people, state leaders should grant in-state tuition rates to undocumented students and adopt residency requirements that don’t discriminate based on immigration status.

Finally, if state legislators are unwilling to provide equal financial access to this population, leaders on college campuses can step up.

U.S. higher education does not have to depend on DACA to make a degree financially accessible for undocumented students. Although DACA has had profound effects on recipients’ lives, it is not the only way to increase their access to U.S. higher education.

In fact, reliance on DACA could lead to inaction on key policies like those proposed above. Regardless of the coming Supreme Court decision, state leaders and higher-education institutions can and must make college financially accessible to undocumented students.

This story about DACA and U.S. higher education was produced by The Hechinger Report, a nonprofit, independent news organization focused on inequality and innovation in education. Sign up here for our newsletter. 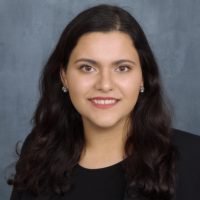 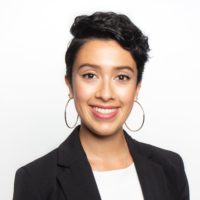 Alejandra Acosta is a policy analyst with the higher education initiative at New America. See Archive