Saturday, Aug. 13, marks one year since the Washington State Supreme Court decided that if the state legislature refused to properly fund public education, there would be consequences.

Thirty-six and a half million dollars is a lot of money in public education. While the legislature has dithered over how to reform the state’s education funding system, it has racked up debts that could cover a year of schooling for almost 3,000 children. Or 54,000 days of instruction. Or a backpack full of school supplies for every student in the state.

The fine has added a new layer of urgency to a case, called McCleary v. State of Washington, that first challenged the constitutionality of the state’s education funding system over six years ago.  The Supreme Court heard the case in June 2011, and it issued a decision the following January. After two years of little progress, the justices ordered the legislature to produce a plan for fully funding education by April 2014. The deadline came and went, and by September, the court had found the state in contempt — a step unusual enough to merit an article in the Harvard Law Review. Eleven months later, on August 13, 2015, the justices added some teeth to their order with the daily fine.

“While the legislature has dithered over how to reform the state’s education funding system, it has racked up debts that could cover a year of schooling for almost 3,000 children. Or 54,000 days of instruction.  Or a backpack full of school supplies for every student in the state.”

What has the legislature been up to in all this time? One might say they’ve been kicking the can down the road—officially. After years of failing to reach a consensus about a new education funding formula, the state passed a bill that did two things: It created a task force to examine the problem (at least the seventh such working group), and it formally committed the legislature to produce a school funding bill by the end of the 2017 legislative session.

By that point, the legislature will owe $57 million in fines for its noncompliance with the court’s order.

The McCleary opinion reminded the legislature of a rule in Washington law that school funding must be drawn from “dependable and regular tax sources.” The Supreme Court has said that these sources can’t be local property taxes.  Why is that? In the words of the opinion,

Districts with high property values are able to raise more levy dollars than districts with low property values, thus affecting the equity of a statewide system. Conversely, property-poor districts, even if they maximize their local levy capacity, will often fall short of funding a constitutionally adequate education. All local-level funding… suffers from this same infirmity.

Inequality of wealth between communities will always mean unequal ability to raise local revenue for schools. That’s why the court has charged the state with the responsibility to cover the full cost of a basic education for all students, making Washington one of only seven states that don’t have any specific expected local contribution to education. Collecting and pooling all education dollars should be a real step forward for equity, but the state’s underfunding of education has left local communities to pick up the slack.  In 2014, school districts in Washington had to raise almost a third of their funds from local taxes.

Washington lawmakers have been failing their students for more than five years. It’s time for them to step up — or for the rest of us to join the state’s Supreme Court justices in their contempt.

Zahava Stadler is manager of policy and research at EdBuild. 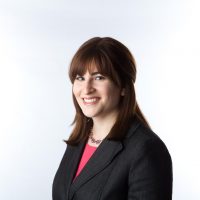 Zahava Stadler is manager of policy and research at EdBuild. See Archive